TAIMAZOVA STEALS THE SHOW FOR EUROPE AT -70KG 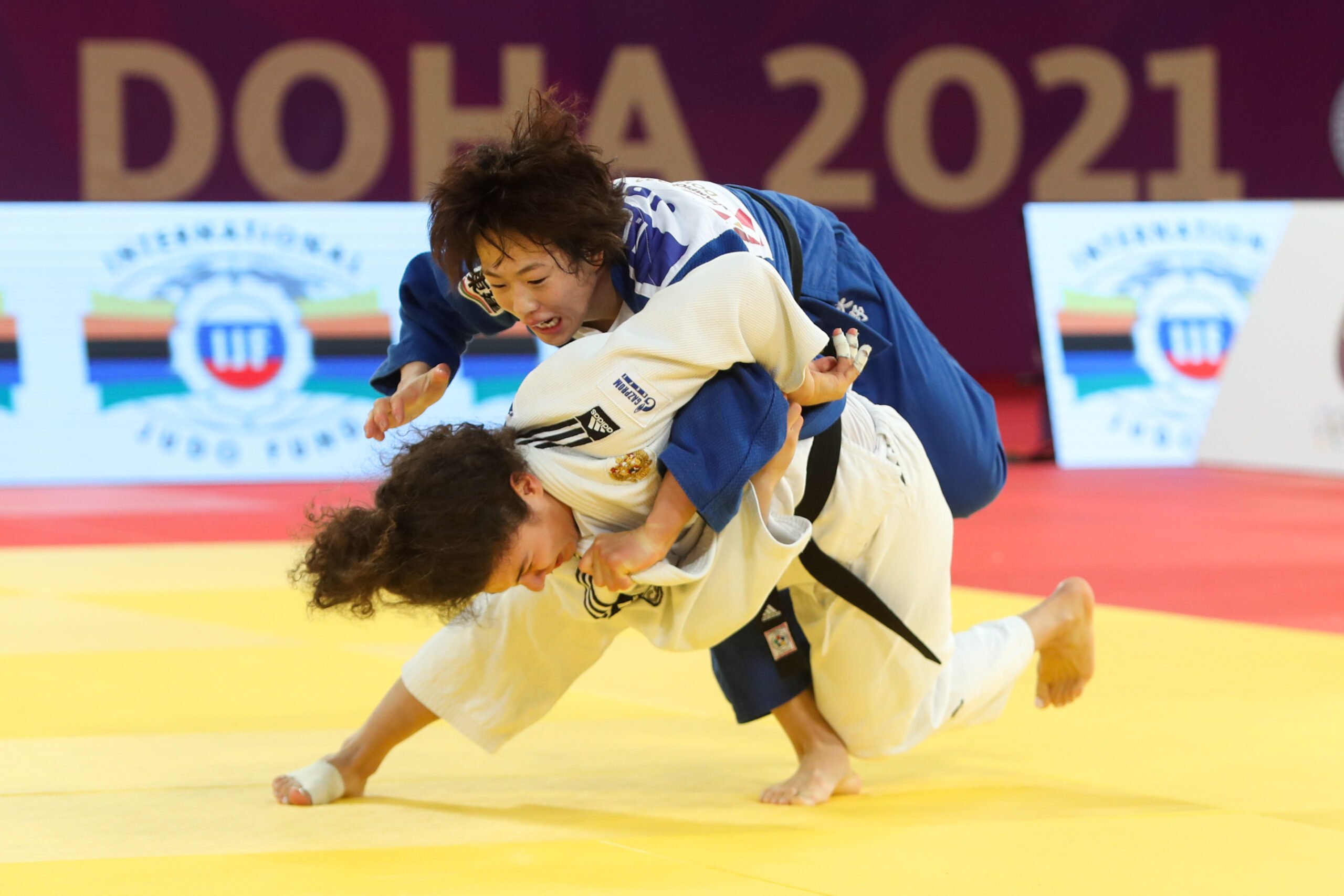 Perhaps in the -70kg category, we weren’t surprised to see Kim POLLING (NED) returning to her place on the podium, and as her first event since lockdown began early last year, she is still in good standing as she picked up a bronze medal. Joining her in third place was Giovanna SCOCCIMARRO (GER), both in the top 8 coming in to the Masters event. The unseeded surprise was Madina TAIMAZOVA (RUS).

Though Taimazova took a bronze medal at the senior European Championships in Prague, today was an exceptional day for the 21 year-old as she took advantage of every second, seeing out the current World Champion, Marie Eve GAHIE (FRA) on her way to the final. Six minutes in to her final against World bronze medallist ONO Yoko (JPN), the pair a shido each, she found herself in osaekomi, but still left with an impressive silver medal.

The Georgian -81kg athlete has been on a roll since his 2019 defeat in the Masters event in Qingdao, securing an U23 and Senior European title on the way to his Masters gold in Doha.

Agbegnenou showed class and style, as per usual in her performance in the -63kg category, making her way to the final against NABEKURA Nami (JPN). This is the third time the pair have met in the final of the IJF Masters tournament, previously with a 1:1 record which is now 2:1 in favour of the Frenchwoman. European success continued in the category with bronze medals for Sanne VERMEER (NED) and Andreja LESKI (SLO).

In the -81kg category there was only room for Europeans, a well-earned silver medal for Frank DE WIT (NED) and bronze medals to European silver medallist, Ivaylo IVANOV (BUL) and World Champion, Sagi MUKI (ISR). With 18 of the 20 top ranked athletes present, it was an incredibly tough day for this challenging category with some fantastic judo on display.

Quite the opposite in the -73kg category as only Igor WANDTKE managed to make it on to the podium, seeing out -66kg Olympic Champion Fabio BASILE (ITA) and the current European Champion, Victor Sterpu on his road to the bronze accomplishment.