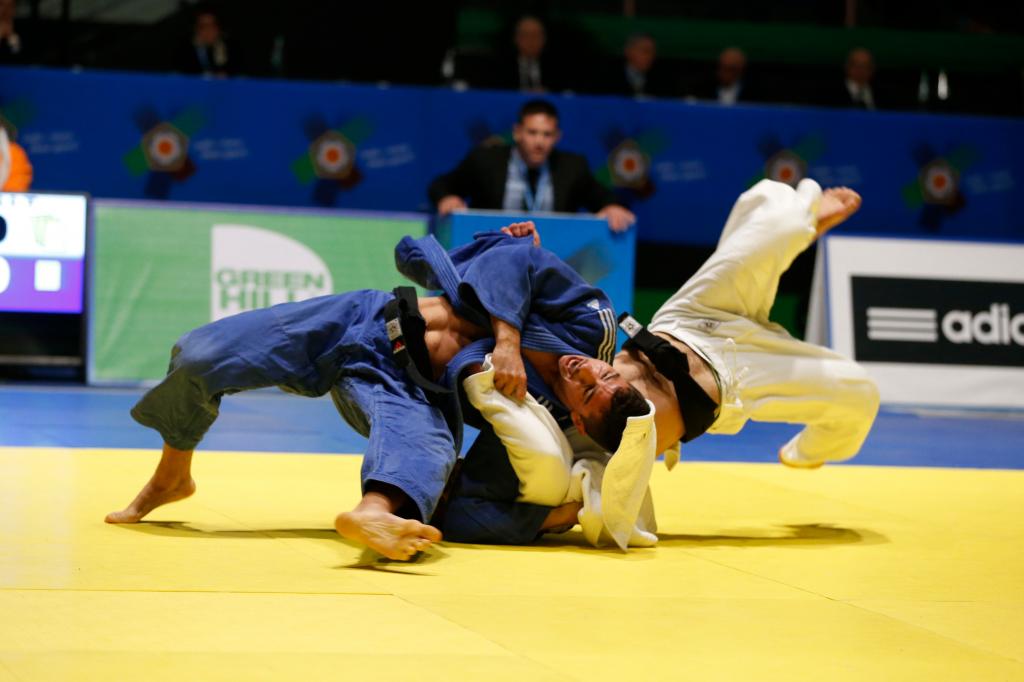 Seeded number two in the -66kg category at the European Judo Open in Rome, Tal Flickers condition was confirmed today having five hard fights that saw him standing at the top of the podium at the end of the day. “It was such a good day. After Sofia last weekend where I won one and lost one fight, this is such a great success today”, he said relieved after the awarding ceremony.

Flicker had a tough opening contest against the Chinese Qing, Daga. “That fight was the hardest for me today. As usual, because the first fight is always the hardest one. I was too tired after that fight”, the 22 year old Israeli said. And although he won that contest by ippon, he was gaining the necessary self-confidence that increased from fight to fight.

“I always try to concentrate on the next fight, I stay focused and my attention is always on the next opponent”, he said happily.
Apart from the Portuguese fighter Sergiu Oleinic in the pool final, his Chinese opponent and also the following ones, the Austrian Andreas Tiefgraber, the French fighter Julien Ottaviani and the Georgian Tornike Tatarashvili, were all fighters whom he had never fought before. But in any case this did not prevent him from winning all those battles clearly and cleanly by ippon or waza ari.
Flicker felt especially good in the final. “I wasn’t that nervous against Tatarashvili, I just followed my strategy”, said Flicker who was happy to collect yet more points toward his goal of Olympic qualification.
Happy too was the Olympic Champion from London, Lasha Shavdatuaschvili from Georgia. He won his first gold medal in the under 73kg category. In the final – an all Georgian final – he defeated his countryman Nugzari Tatalashvili who rather unfortunately racked up four shido. That gold medal may yet prove another important step for the 23 year old to place him in the driver’s seat in this category concerning the qualification for the Olympics next year in Rio. It was the opening competition for the Georgian this year with three silver medals and one gold.

All results you find here