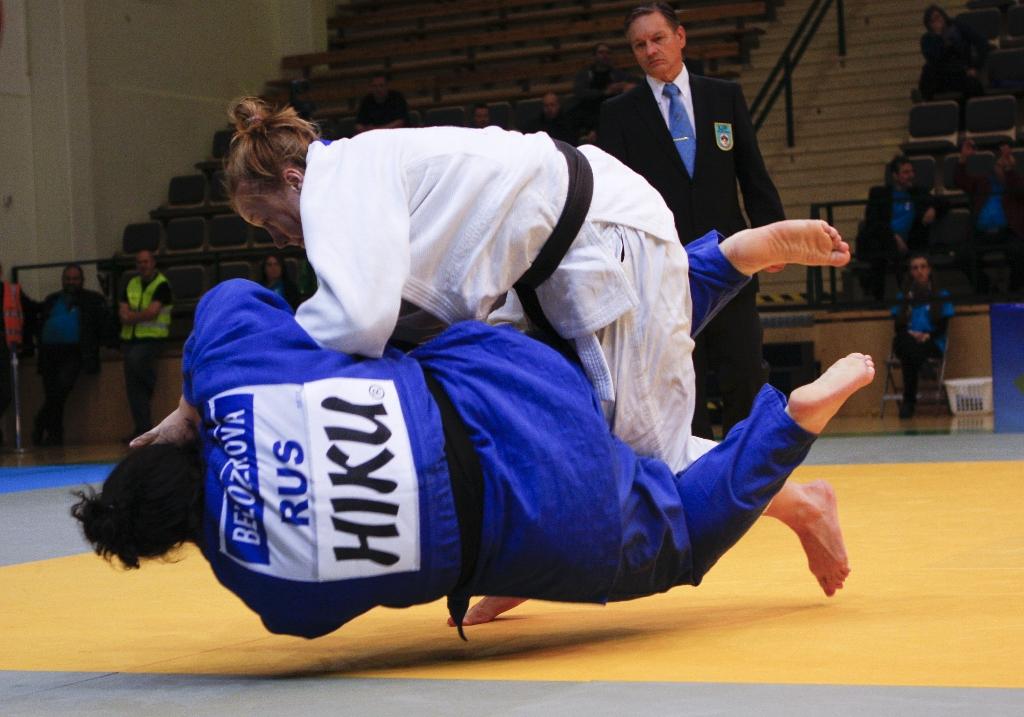 At the second day of the European Cup in Tampere the organising nation Finland couldn’t add another medal. On Sunday six different nations won a gold medal. Russia was the only nation to win two titles and with this result the Russian team won the medal table. Two Russian ladies were responsible for the golden success. Ekaterina Denisenkova won the category women U70kg defeating Roxane Taeymans in the final.

In the women’s plus division it was a complete Russian final where Tatyana Timonina was able to defeat her opponent Snezhana Belozerova.
In the last women’s category U78kg Caroline Kinnane of Great Britain won the gold medal. She defeated Martine Demkes of the Netherlands. Last year’s European U20 Champion Guusje Steenhuis won bronze. Alix Renaud-Roy (CAN) won the second bronze medal, she was the youngest medallist on Sunday at the age of 19.

Karolis Bauza was the only medallist in the women’s division in Tampere who had competed at the Olympic Games. His level was good enough to win the category U100kg. The two year younger Frederik Joergensen finished second.
Belgian Benjamin Harmegnies won the plus category. Zilvinas Zabarskas became second.

The remaining European Cups are held in Belgrade, Boras and Malaga.
Seven judoka topping the tally winning two European Cups so far. On Saturday Sanne Verhagen (NED) and Benjamin Harmegnies (BEL) added heir second of this year, Polish Piotr Kurkiewicz last year won a bronze medal at the European U23 Championships, this weekend he claimed the gold U73kg, but he is already 23. Ten out of the fourteen winners were younger than 23 this weekend, Dutch Sanne Verhagen the youngest at the age of 20.

20-21 October the next European Cup will be held in Belgrade (SRB).