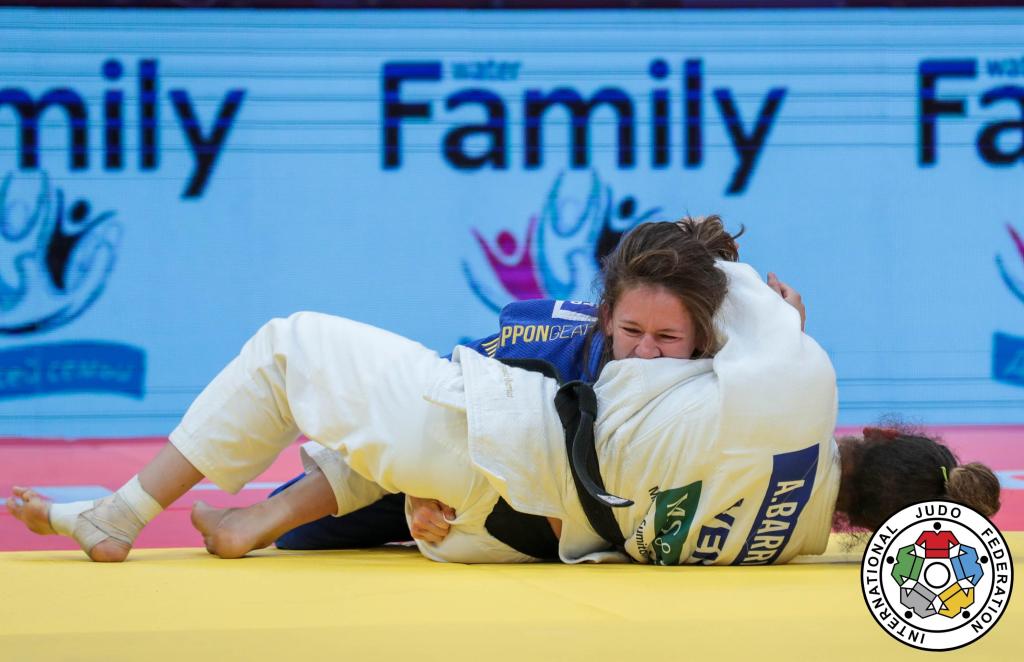 Day two of the Tashkent Grand Prix saw Kathrin UNTERWURZACHER (AUT) take the gold medal in the -63kg category. The 27-year old did so in fine style and in so doing gave the strongest possible indication that she is well on the way to recapturing the form she showed in 2017. Five contests today and a place atop the podium was as exactly what Unterwurzacher needed having gone medal less in five outings this year (albeit after a lengthy absence through injury). But today was her day and in the post-world championships absence of most of the major names Unterwurzacher showed that her name was the one to take note of.

When asked specifically about her preparations for the final against Anriquelis BARRIOS (VEN), Unterwurzacher said,

It’s one of those vital things that the coaches help out with. They look at videos of past contests and then come back with some insight and a plan about how to deal with particular opponents. In this case it was an unusual situation because you have for the most part faced your opponent in competition or at least in some training camp. But I had not faced Barrios before.

It had been almost two years since Unterwurzacher had won a Grand Prix gold medal and that had been in Tashkent in 2017. What was so special that made competing in Tashkent so special for you?

I am not sure that it is anything remarkably special about Tashkent. It just happened that I was in form in 2017 and I am in form again now. I had a real determination coming here to do something special and I am glad that I was able to perform well. Hey, don’t get me wrong, I like Tashkent. But I think it may be a coincidence.

When asked about whether she thought that she had returned to top form Unterwurzacher answered,

In training I have been showing good form. But, doing it now in a competition setting just goes to show that I am at the very least returning to winning ways. I remain clear about my goal and I am concentrating solely on that. I don’t look over my shoulder at who may be chasing me. I simply look ahead and focus on my own form and my own performances.