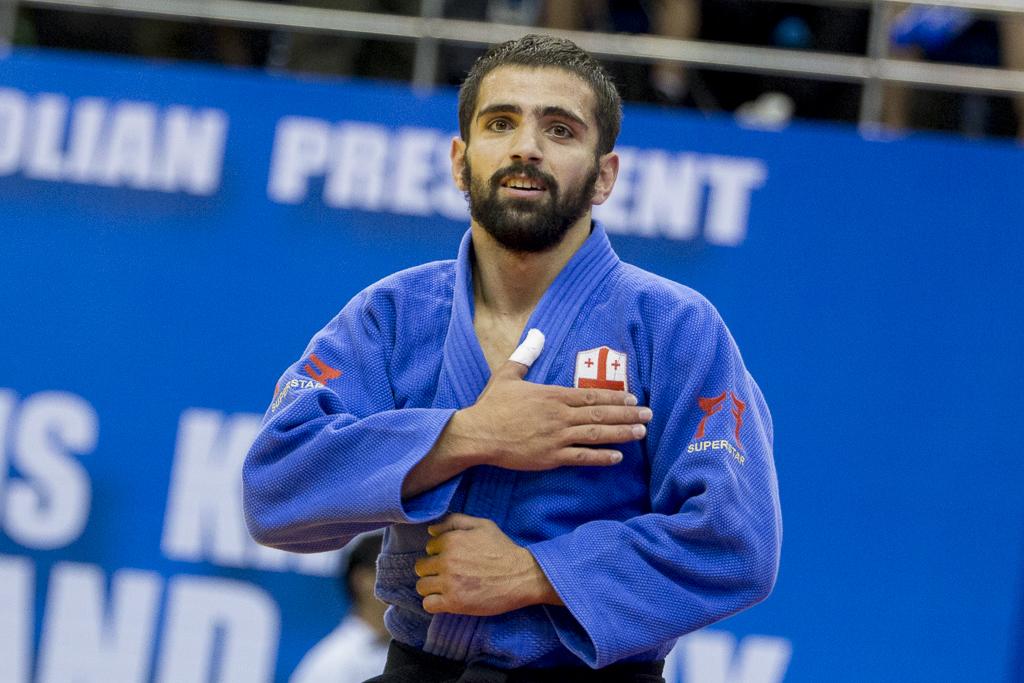 Georgian coach Irakle Uznadze is accustomed to accompanying his athletes to the tatami to take part in a medal contests. Today was no exception as Uznadze followed Nugzari Tatalashvili into the arena for the gold medal match in the -73 kilo category where the Georgian faced home favourite Khasbaatar Tsaganbaatar. The route to the final saw Tatalashvili defeat Hasan Vanlioglu TUR by ippon in the opening round. He next faced the Asian champion Hong Kuk Hyon PRK who possessing exceptional throwing skills was let down by committing several errors earning him three shidos and a loss. Tatalashvili then threw Jang Won-Gi KOR for ippon to take his place in the final. “I was really pleased to get the win against Khasbaatar. He is a high quality fighter and I had not fought him before. We had been on together at training camps but not in competition. I was not thinking about where we were, I mean being in Ulaanbaatar, his home. I was simply concentrating on what I had to do,” said Tatalashvili. The home crowd waited eagerly for an action packed final but, if truth be told, Khasbaatar had not been at his best during the day and was unable to give the his fans a spectacular finish, Tatalashvili shading the final one shido to two. Uznadze’s coaching duties were not over as another one of his athletes, Esther Stam, won a bronze in the women’s -70 kilo category. There was a bronze medal too for Germany’s Martyna Trajdos (seeded number one at this event) having lost in the semi final to Yang Junxia CHN, the eventual gold medallist. “I did not feel my best at the beginning of the competition but I just concentrated on keeping my focus,” said Trajdos who should now move from 7th to 5th place on the IJF World Ranking List.

For the rest of today’s results see the following link: http://www.ippon.org/gp_mgl2014.php