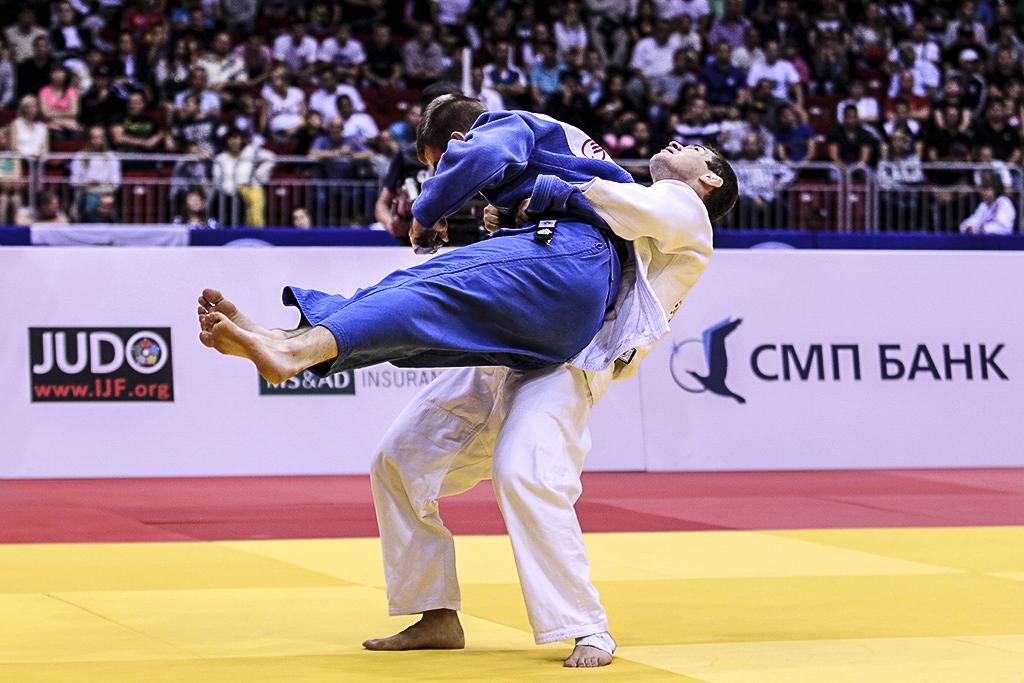 Avtandil Tchrikishvili GEO became only the second Georgian to win a world championship title when he took gold in the -81kg category on day four of the World Championships in Chelyabinsk. Not since Irakli Tsirekidze’s win in the under 90kg in Rio in 2007 have the Georgians enjoyed such a successful world championships, and there may be more to come. In a measured and overall uncharacteristically subdued performance, Tchrikishvili defeated first Jaromir Musil CZE then Joachim Bottieau BEL. The Georgian’s quarter final saw him pitted against Japanese hope Nagase Takanori. But Tchrikishvili proved to difficult and experienced an opponent, the Japanese picking up three shidos to the Georgian’s two and, with no score, the contest went to the Georgian. In the semi final Alain Schmitt FRA scored yuko and spent the remainder of the contest trying to hold onto that lead. But Tchrikishvili was relentless in pursuit of the win and Schmitt could not avoid error after error eventually “gifting” the contest to the Georgian with hansokumake. The final was with Olympic bronze medallist Antoine Valois-Fortier CAN whom Tchrikishvili threw for waza ari with ura nage to take the contest and the gold medal. There were bronze medals for Loic Pietri FRA and Ivan Nifontov RUS. Clarisse Agbegnenou FRA made up for her loss in the final last year to Yarden Gebi ISR by defeating Gerbi with a huge o goshi for ippon. Agbegnenou said “…it feels like a dream the night before the competition and that I’ll wake up tomorrow and have to compete. But the reality is that I’ll wake up tomorrow and I am world champion”. There was a bronze medal for Tina Trstenjak SLO.

For the rest of the results from Day four click on: http://www.ippon.org/wc_sen2014.php
To see the gallery click here: http://www.eju.net/media/?language=en&galleryId=80&mode=showEvent&id=1833