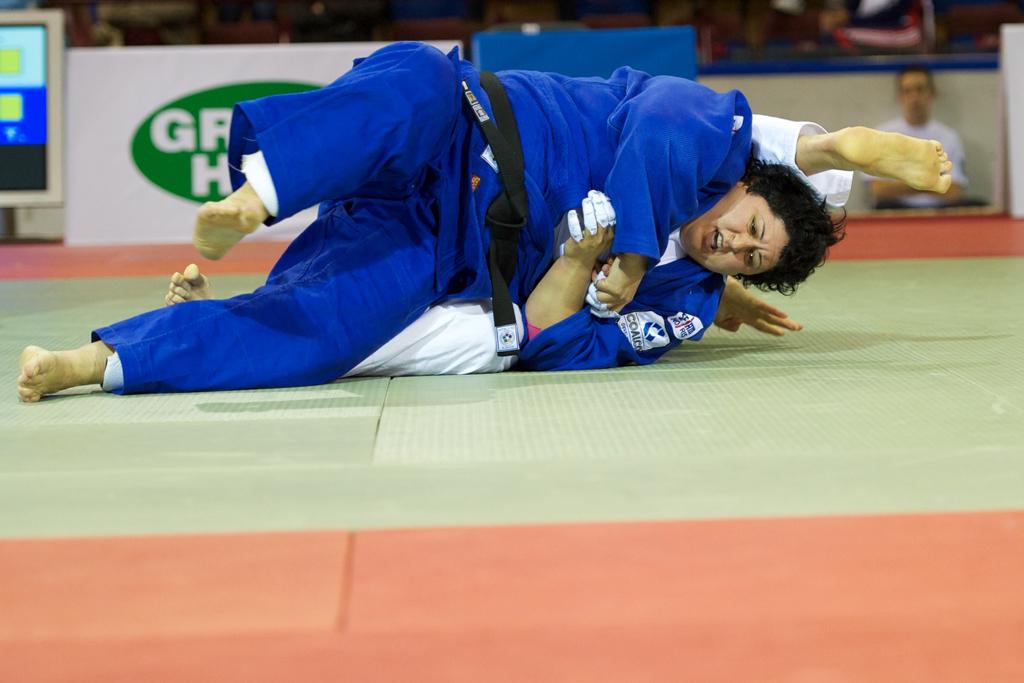 Russia was dominant at the World Cup in Minsk. Two Russian superstars in the women’s category reached the final. Tea Donguzashvili was awarded the gold medal, Elena Ivaschenko the silver medal. In total fourteen participants in this category but the quality compensated the number. The Turkish heavyweights judoka Kaya lost to Ivaschenko in the first round, while Kocaturk (TUR) won her pool but lost to Donguzashvili, in the semi final. Iryna Kindzerska of the Ukraine won bronze after she defeated Nihel Chikhrouhou (TUN). Kocaturk won bronze against Franziska Konitz (GER). Donguzashvili is the oldest ever woman to win a World Cup out of more than 1700 wins since the introduction by the EJU of the World Cups/A-tournaments in 1989. Donguzashvili improves the record of Isabel Fernandez (ESP) in 2007 in Lisbon who was also aged 35 years. Fernandez was close to improve her own record last week in Rome, but she lost her final at the age of 39.

The Ukraine won gold U70kg. Natalia Smal defeated Iljana Marzok in the final as last of her four opponents. It was her second every World Cup win after Tashkent in 2010. After ten bronze medals and three lost finals, today was a good day for Smal who took revenge for an earlier loss against Marzok in 2010 in Warsaw where Marzok won her first and only World Cup. Since then she lost three finals in Sao Paulo, Düsseldorf and today in Minsk.
Sally Conway had good memories in Minsk after she had won the event in 2009, but today she lost to Marzok. But Conway came back for bronze and succeeded to win her first World Cup medal this year. Conway is one of the major candidates to represent host nation Great Britain at the London Olympics.
Kelita Zupancic won bronze for Canada.

Russia’s second gold medal was for Vera Moskalyuk, almost 30 years and who already won 22 World Cup medals and her 8th win in her career. Her first of 22 medals was in Minsk. Ten years later she celebrated her second medal, and now gold. Victoriya Turks (UKR) was her rival. Turks lost her fourth final in her career and was close to her first ever win. In 2009, the previous edition for women, she lost the final U78kg to her compatriot Anastasia Matrosova.
Louise Malzahn (GER) and Daria Pogorzelec both won a bronze medal.

From 20-year old Kelmendi until 35-year old Donguzashvili, the World Cup in Minsk was good for some remarkable performances.