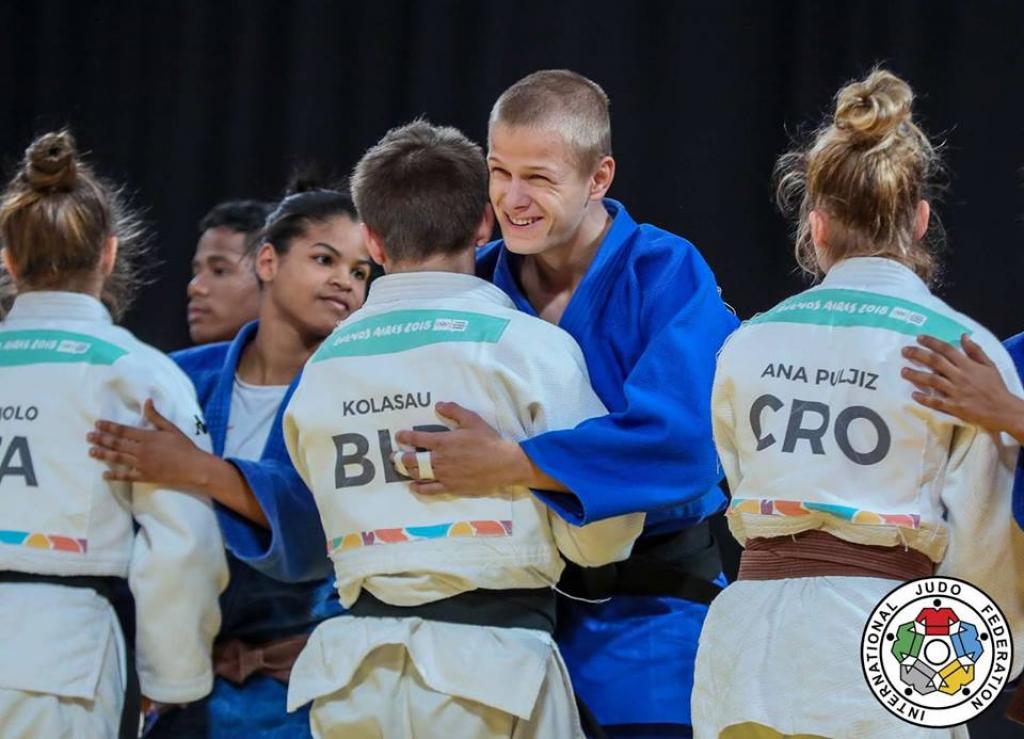 According to report from the International Judo Federation, the President, Marius L. Vizer, summarised YOG2018 by the following thoughts:

“The YOG of Buenos Aires are a good promotion for the sport and were an excellent promotion for judo in particular. They are an example of friendship and solidarity among young people around the world. The organization was very good and very well conducted by the International Olympic Committee. I hope that these Youth Games will grow in the future. It is a good thing for the unity of the world so that it takes a direction penned by the solidarity of the young people. Such an event can help create a more stable, conflict-free world and help promote peace on the planet.”

IJF Sport Director, Mr. Armen Bagdasarov was in charge of the team composition. He explained the process to the International Judo Federation:

“As soon as the third day of the individual tournament was over, we set to work to form the 13 teams of the team event, with the only idea in mind to compose the most balanced teams possible. For this we worked for more than four hours and the result is up to our expectations. We first split the gold medallists, then the silver and bronze. Then came the turn of the athletes who finished 5th before we drew all the other competitors. And of course in one team you can’t have two gold medallists of the individual competition and two athletes from the same nation.”

“I saw athletes and coaches who were really motivated all day long. It was very nice to see all these people from different backgrounds and cultures, sometimes diametrically opposed, to meet under the same banner. There was a great solidarity that emerged from this competition. All the athletes wanted to win, even if they were engaged under the colors of a team named after an Olympic city.

“The teams that were formed were very unified, forming only one block. Some of the judokas present in the final block did not win any individual medals. Their motivation was very strong to do well in teams. For the educator I am, it was great to see that and it’s really a beautiful image for our sport. We are a big family and we demonstrated it in Buenos Aires in the best way possible. Throughout these four days of competition the values of judo have been in the spotlight and perhaps even more today. This is a very good example for these Youth Games.

“When you see an African coach coaching a European athlete, or an Asian competitor, supported by his colleagues from Oceania, we can say that we do not often see this kind of image. But in judo, yes. It is also a very good thing for the future of the sport. When all these cadets have become seniors, they will keep the spirit that prevailed in the mixed team tournament. I was also pleasantly surprised by all the children in the stands. I am sure that the show they saw in the Asia Pavilion will inspire them in the future.”

Congratulations to all at YOG2018. The next Youth Olympic Games will be held in Senegal in 2022.