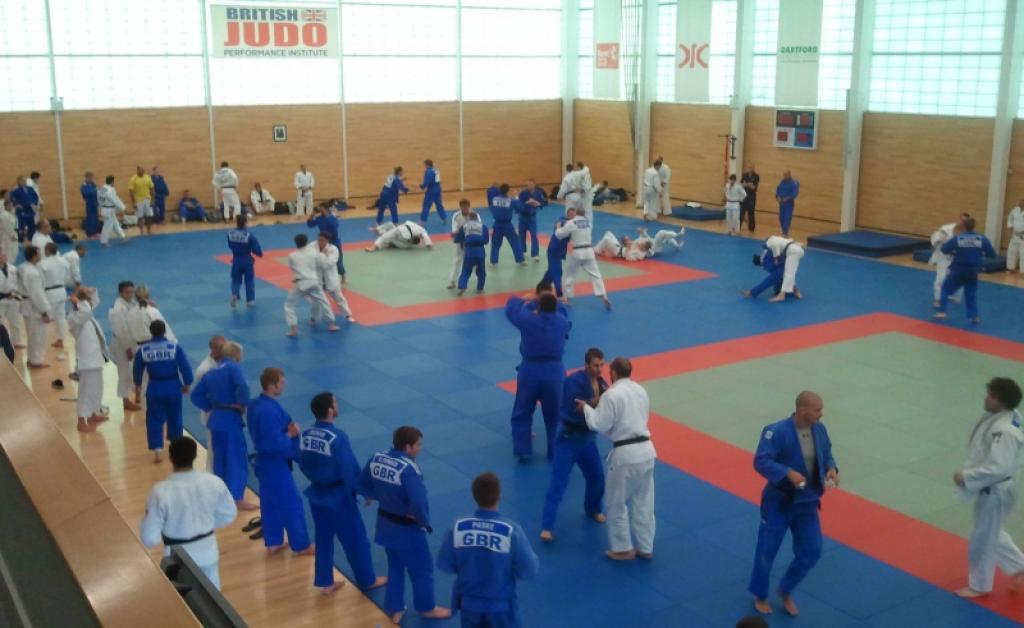 The British Judo Performance Institute is playing host for the latest EJU OTC ‘Going for Gold’ as the 15 European nations taking part complete their final preparations for the World Championships in Paris in two week’s time.

The camp, which was officially opened by British Judo Chairman and EJU Head Sports Director Densign White on the first day, Monday 8 August, also represents an opportunity for nations to train and travel to London (with the capital only 30 minutes away) as the London 2012 Olympic Games nears. The camp is being led by GB Head Coach Patrick Roux.

Nations taking part include Belgium, Switzerland, Netherlands, Sweden and Tunisia, Iceland, Slovakia, Finland plus around 50 British players bringing the total elite players to 100 for the camp.
EJU ‘Going for Gold’ is an initiative to support the continent’s top judoka and ensure they train at the best facilities in preparation for major events with the ultimate goal of European judoka winning the majority of medals at the 2012 Olympic Games.

In addition to the top three athletes in the IJF world rankings, the EJU has decided to support the continent’s other athletes. 15 judoka at the camp in Dartford are on the ‘Going for Gold’ programme including 2011 World Masters bronze medallist Euan Burton and reigning European u23 Champion and Poland World Cup gold medallist Ashley McKenzie. EJU foreign supported players include -90 kilo Marcus Nyman Sweden 2010 European Champion and Ilse Heylen Belgium’s 52 kilos, who is currently ranked 12 on the IJF Ranking list.

The camp has featured high-quality randori as the mat is filled with world class talent from right across the continent at the impressive British Judo Performance Institute.

Dr. Lisa Allen, Judo Manager for London Organising Committee of the Olympic and Paralympic Games (LOCOG) and EJU Sports Commissioner, has been in attendance along with members of her LOCOG team.

Get an impression of the venue here: