THE CONTINENT REMAIN DOMINANT IN TBILISI 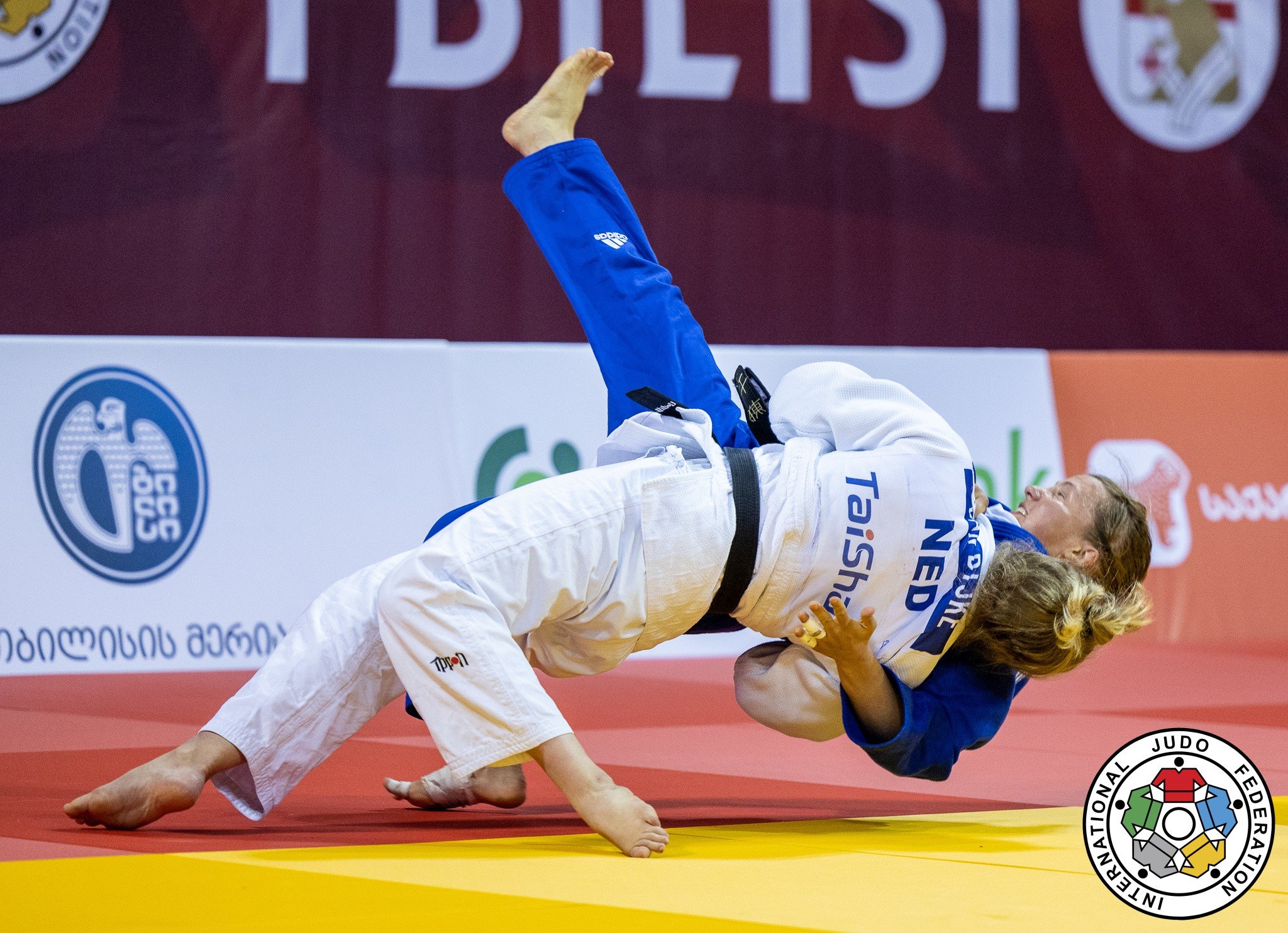 The men delivered for the home crowd on day two of the Tbilisi Grand Slam by having two reach the finals, eventually celebrating a gold and silver in the -73kg and -81kg categories, whilst Israel and the Netherlands celebrated their female athletes. The stakes were high but the Georgian national heroes gave everyone plenty to celebrate, and they continue to lead in the medal haul.

It was time for Inbal SHEMESH (ISR) to shine on the stage of Tbilisi today. She executed numerous ura nages and counters to send her opponents soaring, and lastly, Ketleyn QUADROS (BRA) was on the receiving end of the onslaught. In the final moments of the -63kg final, Shemesh secured a waza ari score which delivered her the gold. This is in fact her first grand slam medal, and what a triumph to take the first place.

There were already expectations for the multiple Olympic, world and European champion of Georgia, Lasha SHAVDATUASHVILI, and of course with a list of accolades like this you’d expect his number one seeding to follow.

It wasn’t an easy day however, only able to win some of his contests with his opponent ceding three shidos, however the final was nothing short of champion-worthy. The young Japanese OYOSHI Ken had shown us his abilities in the 2021 Baku Grand Slam but couldn’t keep up with Shavdatuashvili for the majority of the contest and was scored against early on. In a shock turnaround, he managed to even the score with only five seconds left on the clock, and the Georgian had managed to rack up two shidos believing he was safe as the clock ran down.

This rallied his mass support in the crowds and only 30 seconds in to golden score his nimble ashi waza saved the day, bringing his home nation their second gold and securing their top spot on the medal table. A true champion’s work.

I enjoy the feeling of making my people happy and to be the reason I hear the Georgian anthem today in this beautiful sport hall.

Of course every achievement means a lot for me, Olympic Games, world championships, but for me every achievement is special, every final is so important to me. It is proof that all the hard work and sacrifices are worth it, to finish with this result. No matter what the competition is, I always try to do my best.

Despite some dynamic preliminary action for Sanne VAN DIJKE (NED), the Olympic medallist couldn’t quite find a way to manage the up and coming Spanish representative Ai TSUNODA ROUSTANT. The contest was won instead using experience and tactics of this ‘game’ and Van Dijke found her way to the gold medal mentally as well as physically.

Though she was able to execute a stronger performance earlier in the day, she will have found that there is a younger generation rearing their head, as in the semi final she came across the 2021 junior European champion, Nataliia CHYSTIAKOVA (UKR) who eventually took the bronze. Van Dijke of course is still at the top of her game, number two in the world and walking away with her second grand slam title.

Tato GRIGALASHVILI (GEO) performed as usual and delivered at home in the Tbilisi Grand Slam, making his way to the final against LEE Joonhwan (KOR). The final was off to a rocky start for Grigalashvili as he was feeling the physical dominance of Lee, and unfortunately for the Georgian, he was on the receiving end of an ippon-scoring technique. Nevertheless, this was still a tremendous performance, deserving of the applause he received for his achievements today.

The final day will commence tomorrow at 10:00 CEST with the remaining weight categories and the home crowd hoping they can finish at the top! Follow the whole day of competition at live.ijf.org.