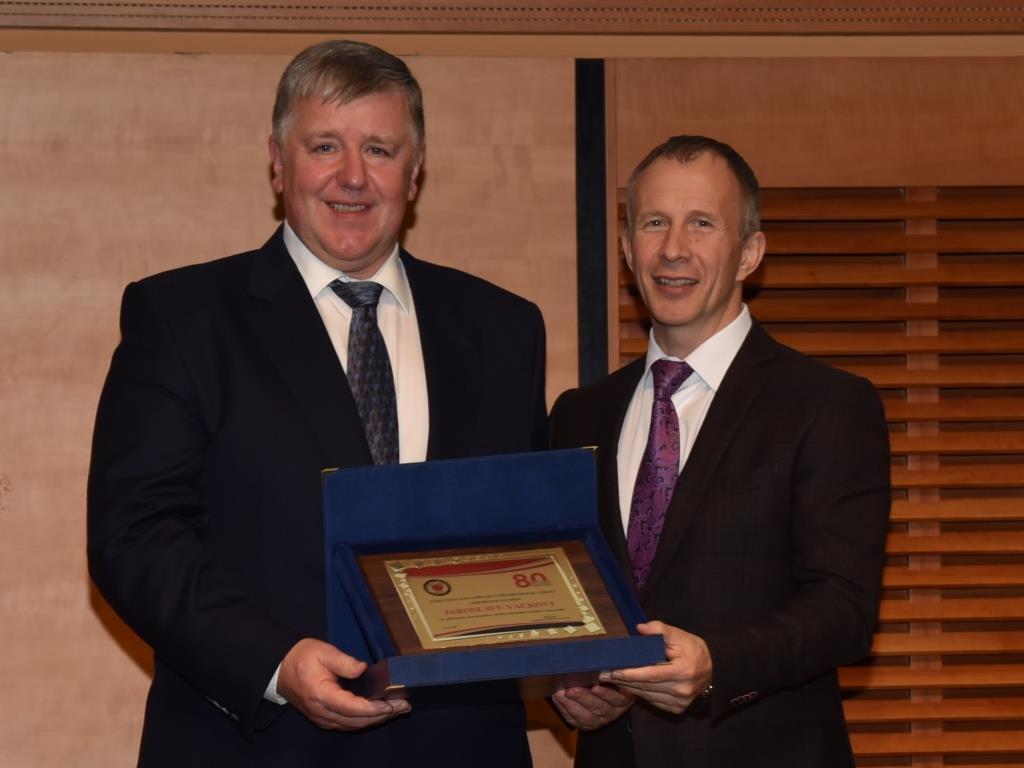 Furthermore, the President of the European Judo Union, Mr. Sergey Soloveychik also extended his best wishes to the Czech Judo Federation on the anniversary. He then presented a special EJU award to Mr. Jiri Dolejs. Mr. Soloveychik also awarded former EJU Vice-President, Mr. Jaroslav Vacek. At the end of the evening, a special Kodokan award was also presented to the Czech Judo Federation.