The international World Cup of Prague proves itself 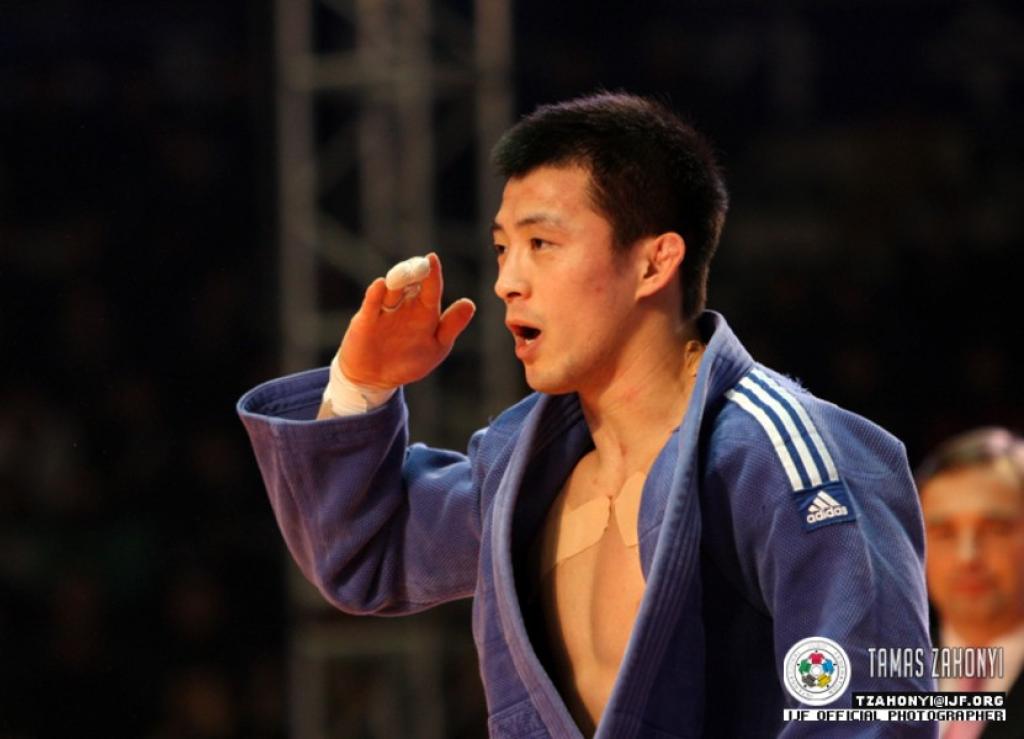 Eleven different countries where seen on the podium today at the World Cup in Prague. What a variety in the final phase where only Korea took two medals today. In the final U73kg it was a complete Asian final with Gui-Man Bang from Korea and Miyaragchaa Sanjaasuren as spectacular judoka in the spots.
Bang Gui-Man (KOR) pictured seemed to win easily in a minute, but both judoka cheered because of their score, but the referee didn’t dare to give Bang the ippon. The match resumed and Bang took the lead again, but now awarded with wazari and scored a second point in the last minute convincing everybody, but that one wasn’t awarded as well.
Bang was in a great shape today with judo from another planet. He truly smashed bronze medallist Kunter Rothberg by ippon with a superb uchi-mata.

Korean Choi Gwang-Hyeon didn’t win his final U60kg as Elio Verde (ITA) beat him by ippon with a fantastic score. The Italian bronze medalist of the 2009 World Championships won his third World Cup and fifth medal. It was exactly one year ago that Verde won his last World Cup, which was in Warsaw last year. The 22-year old Italian seems to be ready for the European Championships in Vienna in April.
The numbers 1-8 all had a different nationality, how unique is that these days.
Czech favourite Pavel Petrikov lost in his first fight against Yung Gascard (BEL) by a shido in overtime but, not what Petrikov nor the Czech fans had in mind for today.

Also four different nations on the podium U66kg. Armen Nazaryan won his third World Cup in his career. He won his first at the age of 22, but today is his 27 but still counts as outsiders for a European medal. Armenia won six World Cup medals ever in total and Nazaryan now shares the six with Hovhannes Davtyan who won three of them U60kg.
Today Nazaryan defeated 18-year old Florent Urani from France. Nazaryan made an unforgetable great point in the semi final against Czukiewicz (FRA). Another French, Urani took his first ever World Cup medal in a agreat fight against Nazaryan. Urani came back after a serious backdraft but was surprised in the end by the Armenian. Urani is the World U20 bronze medalist last year and in the spring of his career. Today he had to fight six matches to get the silver medal, which is not only a loss, but a bigger victory.

Prague had an exceptional large number of participants. With 329 in total from 39 nations and 158 judoka fighting today it is the highest number of all international events this year.

Tomorrow more spectacular judo from Prague where the Czech puyblic is looking forward to a victory for Lukas Krpalek. You can follow it live on your screen from 10.00am.