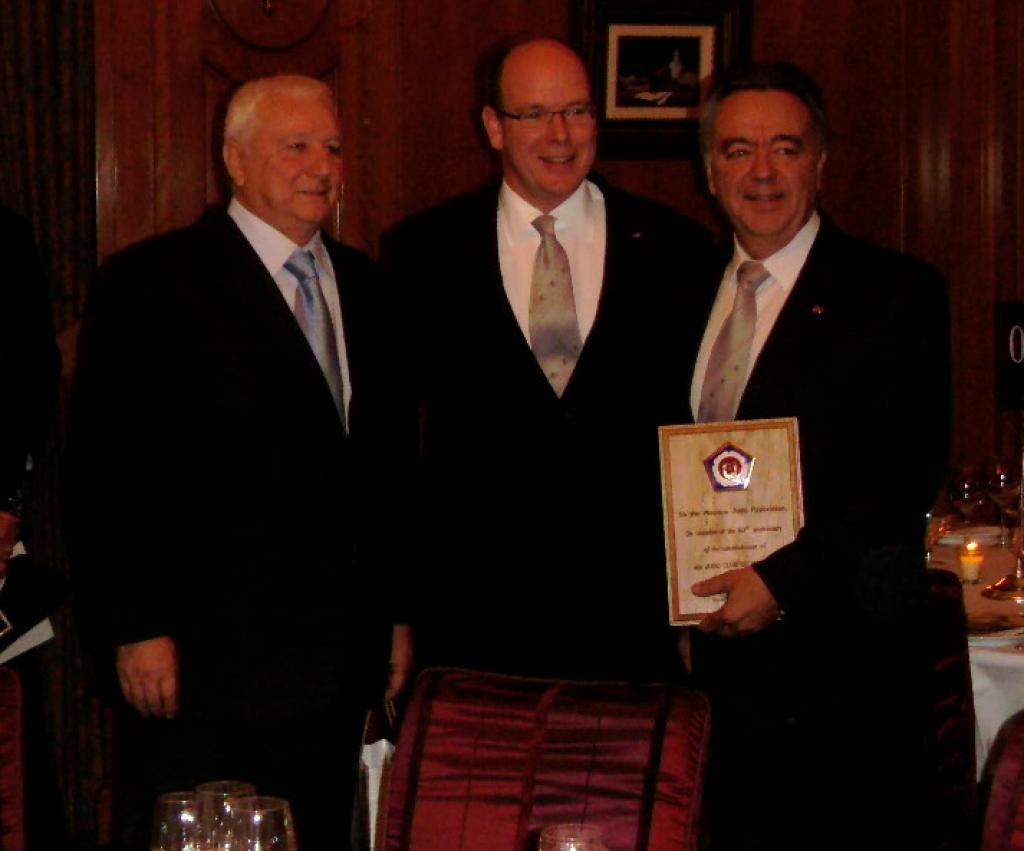 At the international judo tournament of Monaco Mr. Franco Capelletti was guest of Albert II, the Sovereign Prince of Monaco, current head of the House of Grimaldi and the current ruler of the Principality of Monaco.
The Prince found the time to visit the annual tournament in his hometown and was able to join the gala dinner where EJU vice president Franco Capelletti was present to meet the Prince again.

The relationship with the Prince is very special. Franco Capelletti met Prince Albert during the EJU congress held Monaco in 1998 for the first time. At this occasion the Prince, who practiced judo himself, was awarded with the black belt, 1st dan. Prince Albert has a sincere affection with our sport.

Last time that Capelletti had met the Prince was during the Olympic Games in Beijing. In all these occasions Prince Albert always showed a great interest in judo. Vice President Capelletti said “I have never met a person like him, despite his position and stature, he shows an extraordinary skill in his relationships with people to give them a comfortable feeling.”

During the Judo Competitions the Prince likes to be an extraordinary supporter with a great respect for all the competitors.
As a former Olympian in Sailing, the Prince who’s an IOC member as well for a long time, admires any athlete from any country and knows the Olympic feeling well.

The 60th anniversary of the Monaco Judo Federation was celebrated with an official Gala dinner, held the 12th of December followed by the competition the 13th of December.
Franco Capelletti who represented EJU President Soloveychik received a special request of the Prince who officially offered Capelletti, that the Monaco Tournament (this year was the 12th edition) can become a World Cup, and will get the personal support for the organization and success of this World Cup.

A great request for the EJU greatly supported by the Prince and the Monaco Judo Federation.

In the picture you can see the Royal Prince Albert with EJU Vince president Franco Capelletti (left) and President of the Monaco Judo Federation Mr. Gerard Bertrand (right)