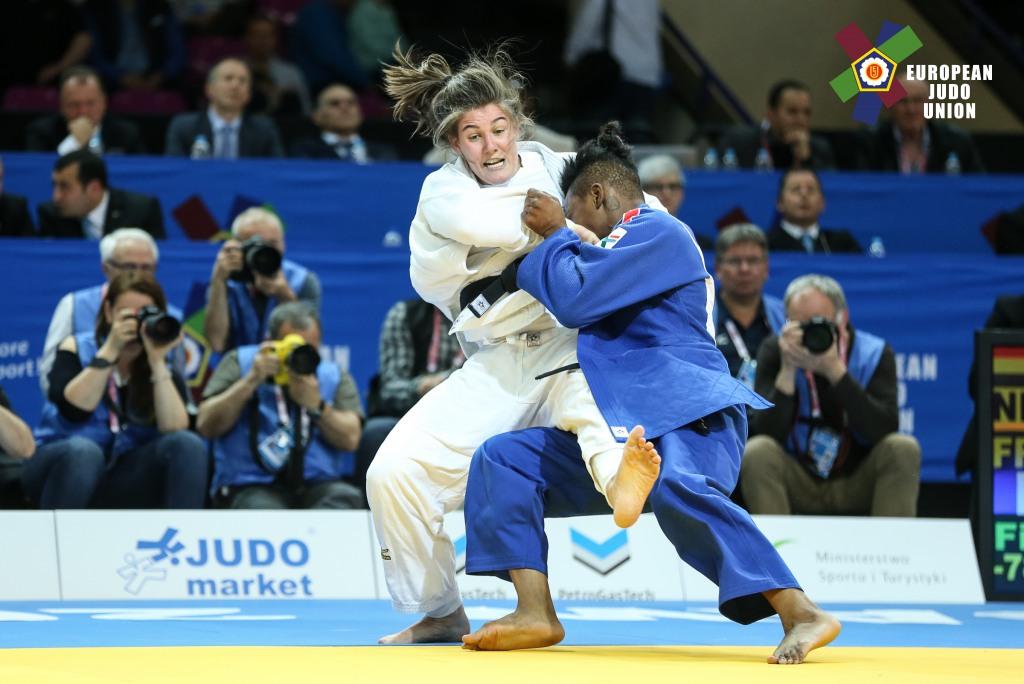 The third and final day of the individual tournament of the 2017 European Judo Championships delivered an all-day spectacle to those followed all the actions. To top up the already exciting preliminary rounds, all medal matches ended with an Ippon score. Out of the last five weight classes remained to be seen on day three, all five gold medals were earned by different nations.

Aleksandar KUKOLJ (SRB), who was fortunate to avoid pool B of the contest sheet, made history when he overturned and held down Axel Clerget (FRA) in the final of the -90kg category. The moment the clock reached to 20 seconds, history was written by Kukolj becoming the first to win a Senior European title for his nation. It was another golden day for Azerbaijan as they celebrated a victory in the -100kg category. However, it was not for Olympic silver medallist, Elmar Gasimov. Instead, it was his team mate, Elkhan MAMMADOV who took the glory. Mammadov overcome his team mate, Gasimov, during the semi-finals before settling Olympic bronze medallist, Cyrille Maret (FRA) for a European silver. During the final contest, at most cases it looked as Maret was in the driving seat. However, 40 seconds into golden score, Mammadov came up with an exceptional sode tsuri komi goshi attempt whilst only wrapping one arm of Maret to pitch the French man on his back. The +100kg category was one of the most exciting of all, especially of those contests where Georgia’s Guram TUSHISHVILI was involved. This time around last year, the 22-year-old judoka was yet trying out his chances in a lower weight division not knowing his real gift will benefit him in the open weight class. On his way to the final, he overcome another new comer to this division, -100kg Olympic Champion, Lukas Krpalek (CZE). To than prove a point, in the final he defeated his team mate, Adam Okruashvili.

Audrey TCHEUMEO (FRA) was untroubled up until the final, where world ranking leader of the -78kg category, Guusje Steenhuis (NED) scored within the first 40 seconds. From that moment onwards, double Olympic medallist, Tcheumeo could not afford frustration to take away her power.  The situation continued to be more obstructing when the French fighter picked up her second penalty with only 50 seconds to go. Ten seconds later, Tcheumeo evens up the contest by a sumi gaeshi, and with only 18 seconds to go, she stuns Steenhuis for Ippon. 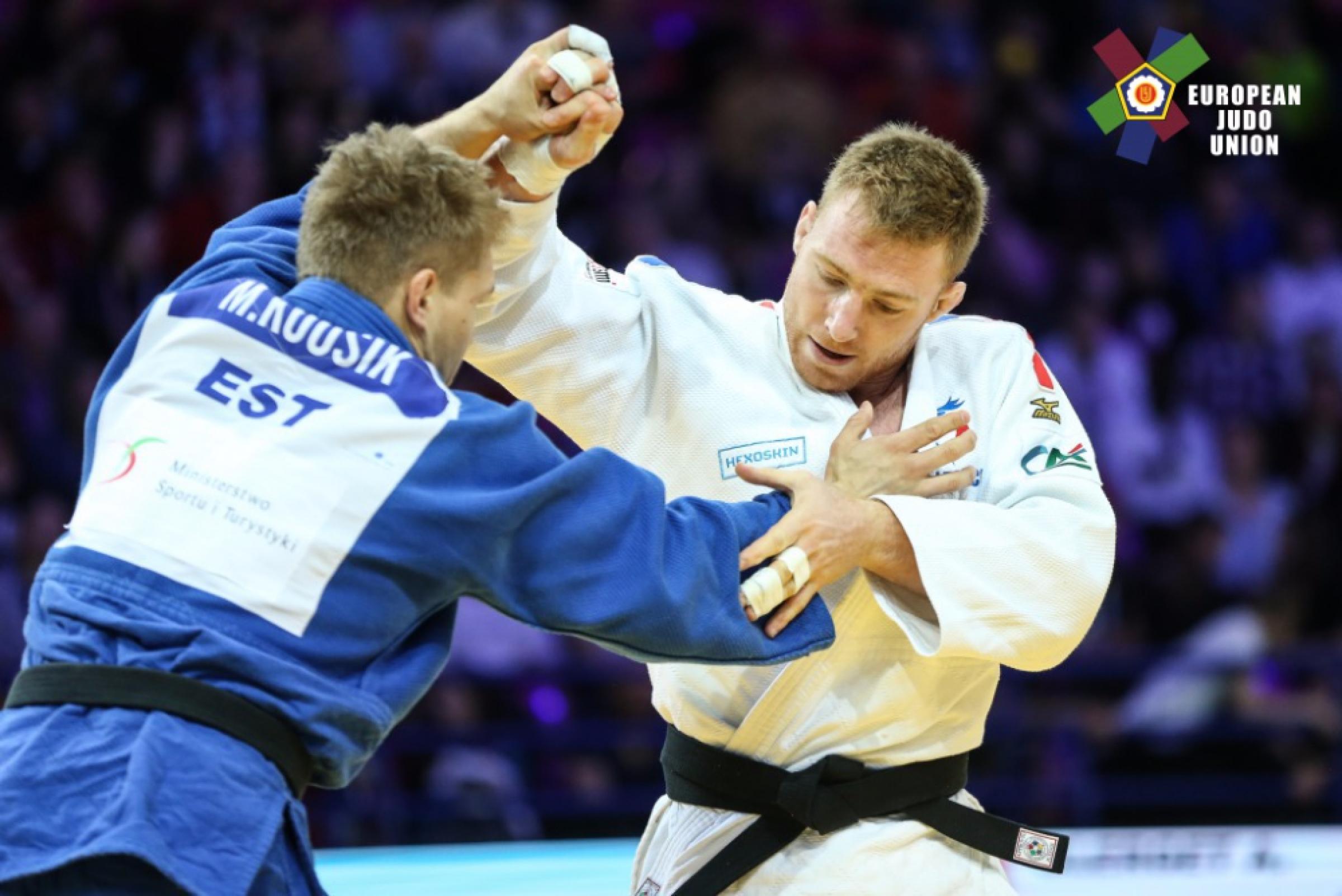 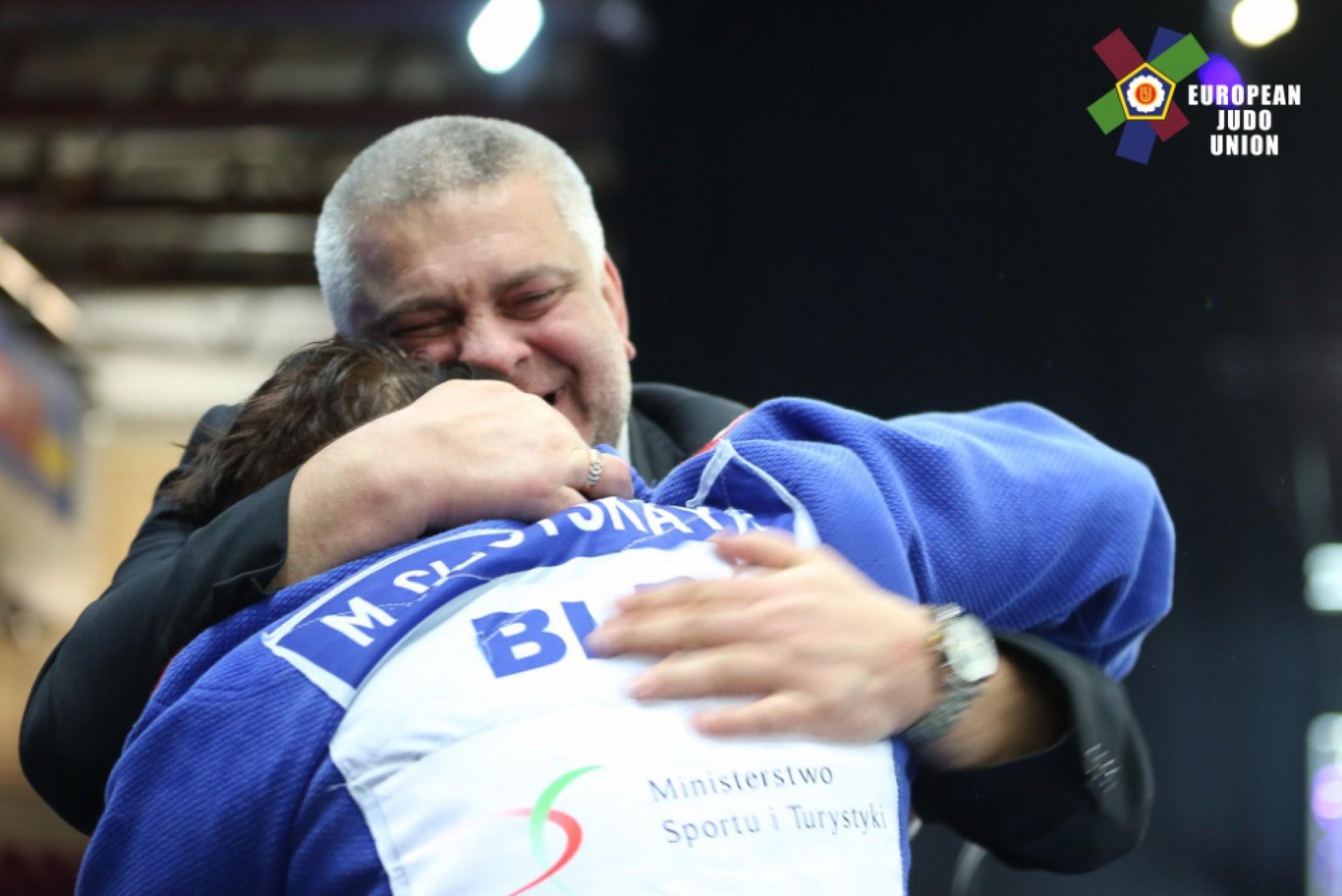 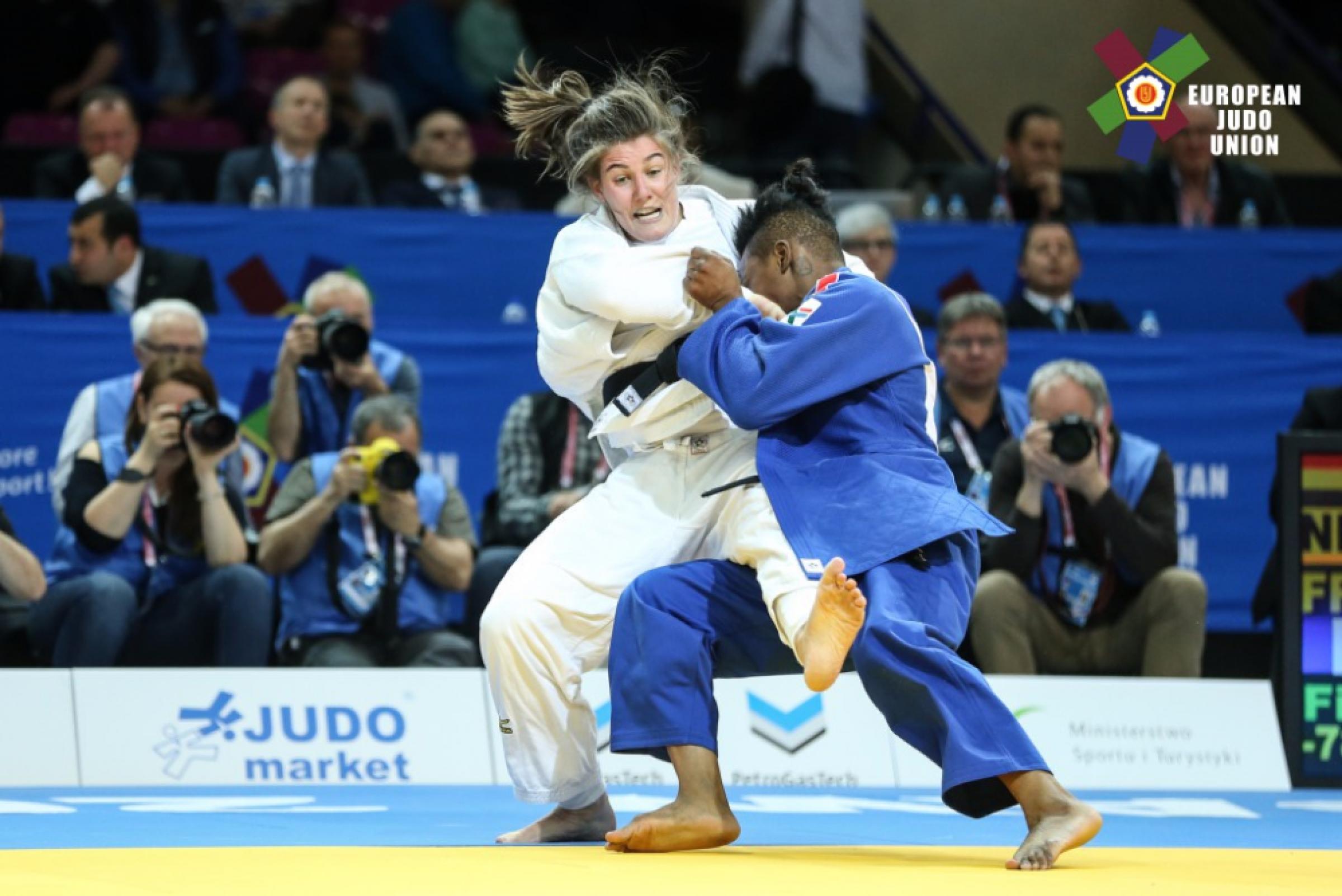 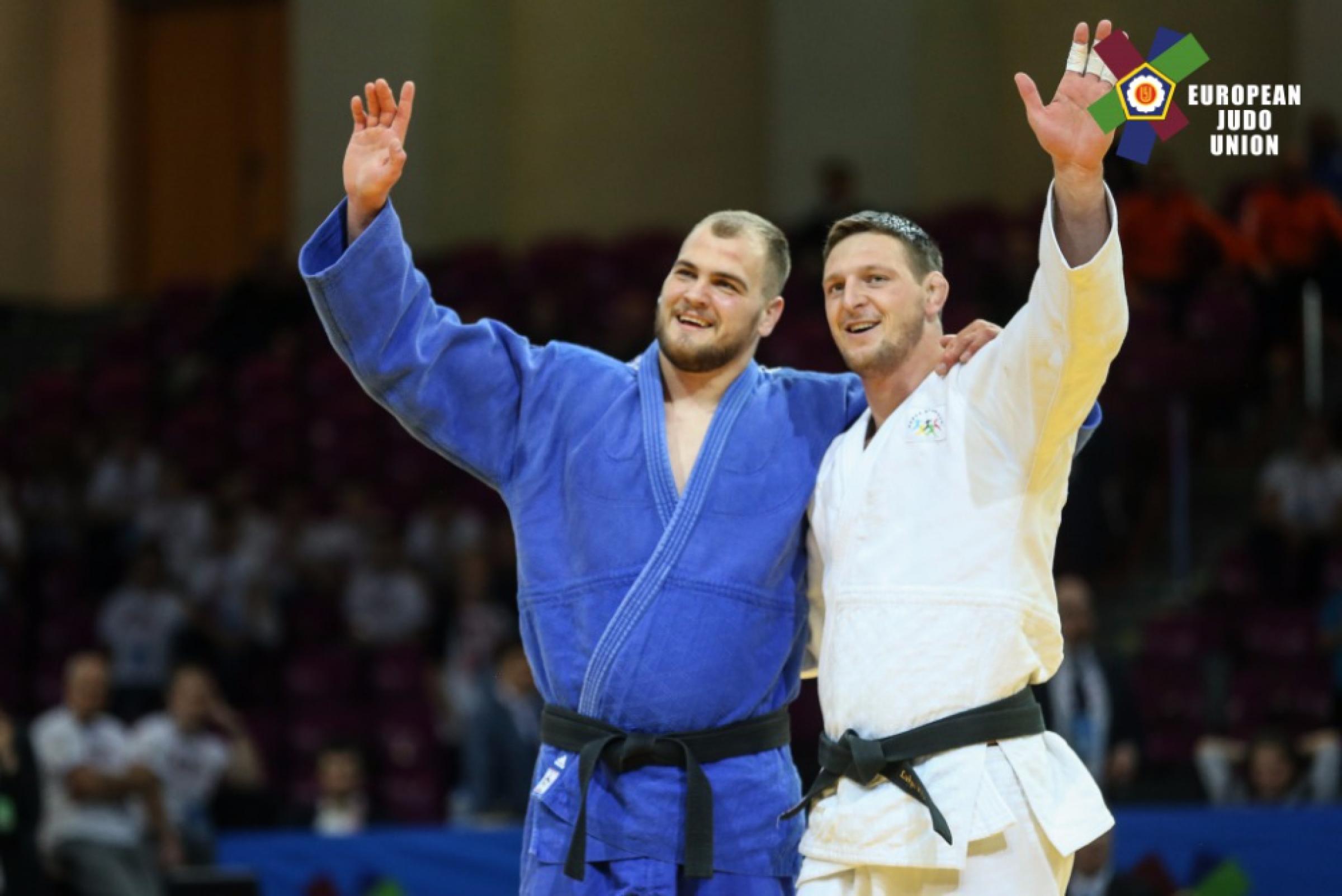 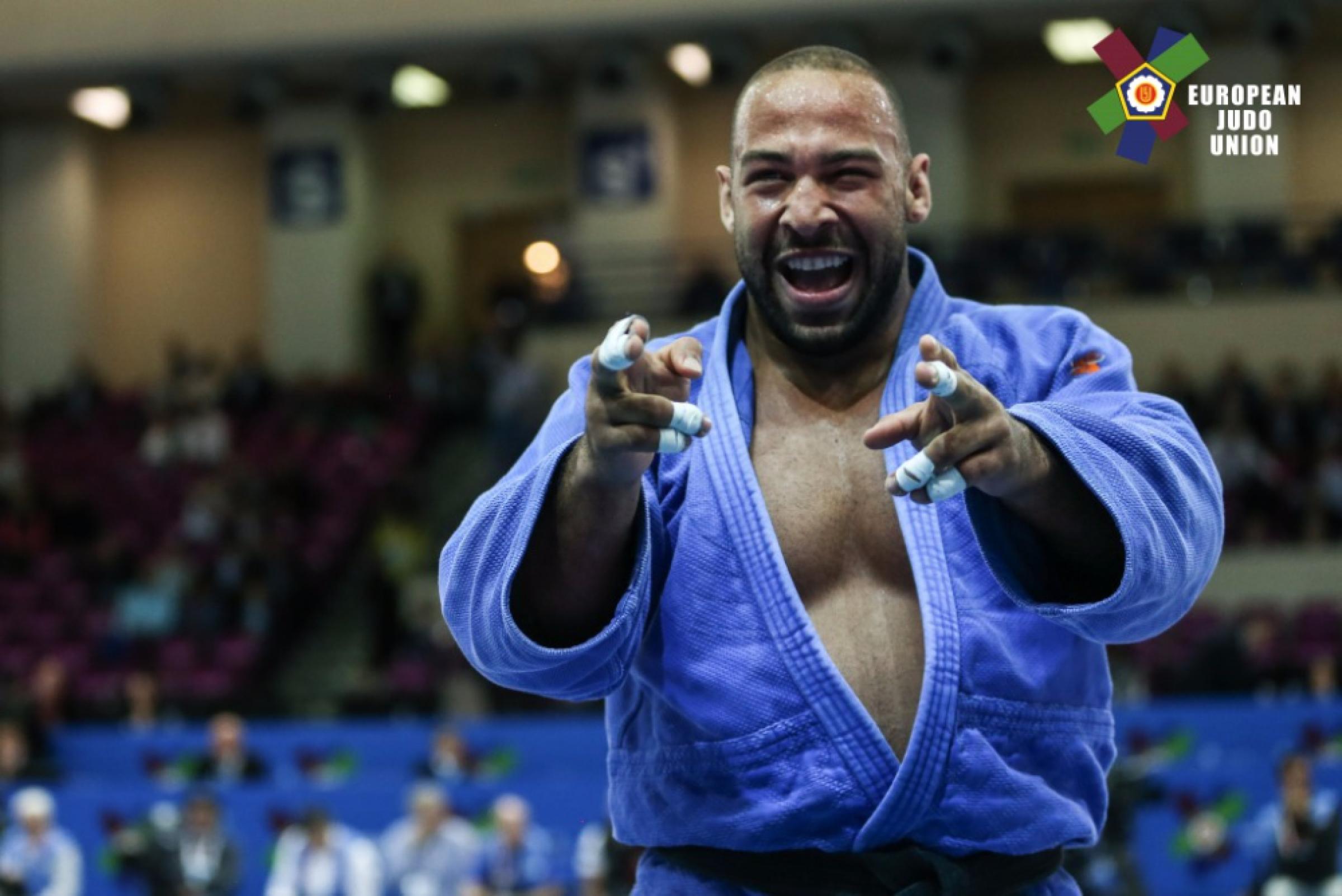 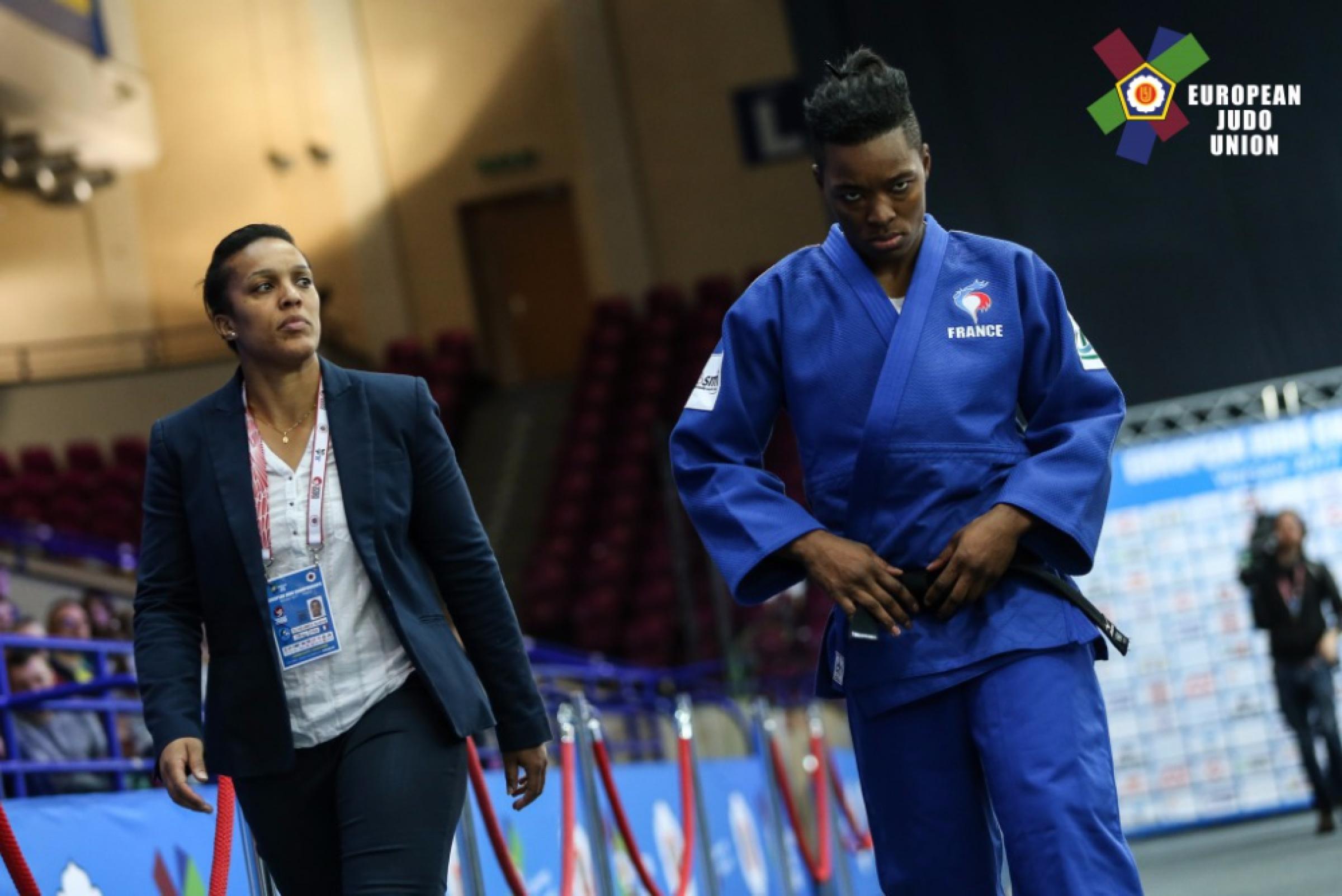 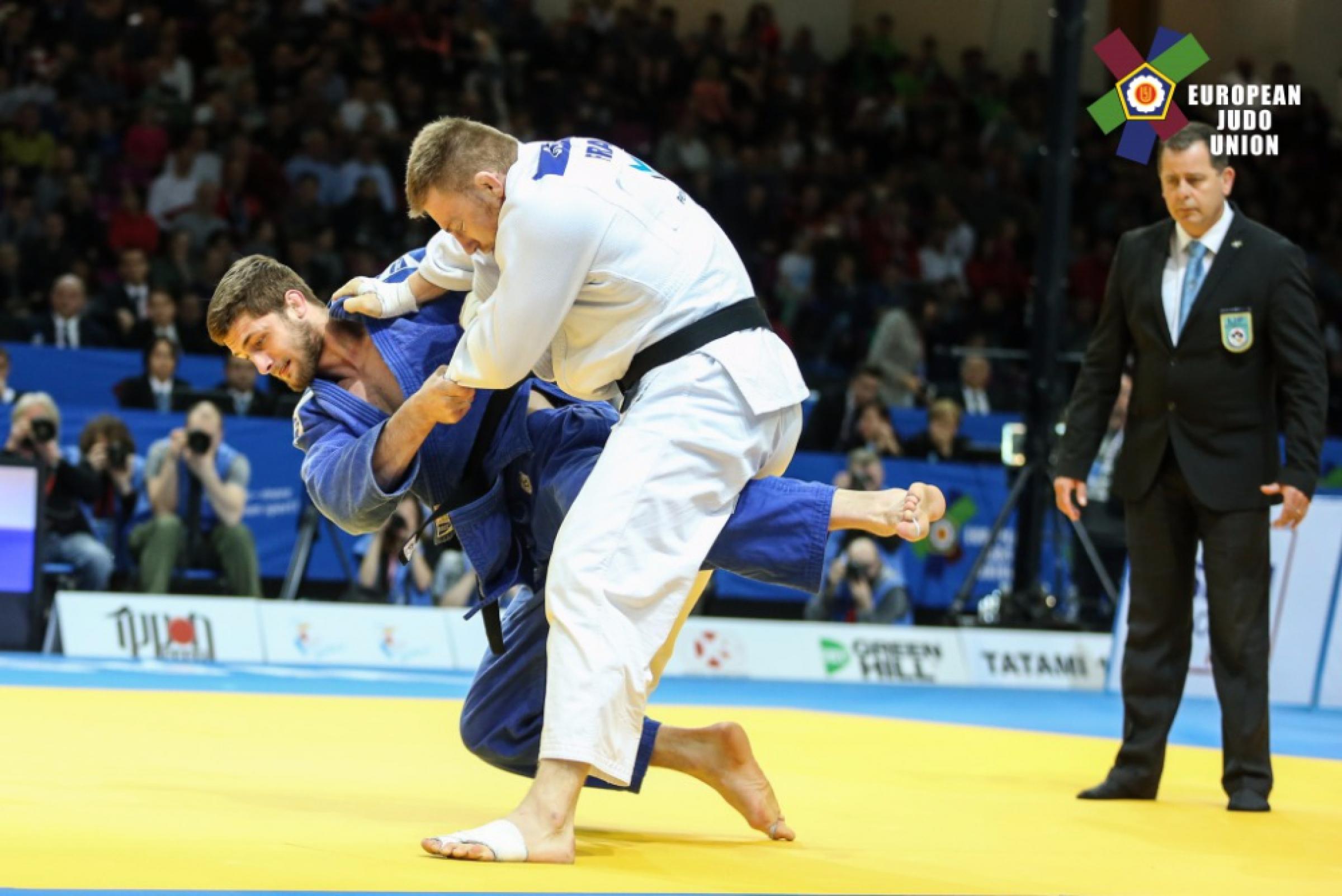 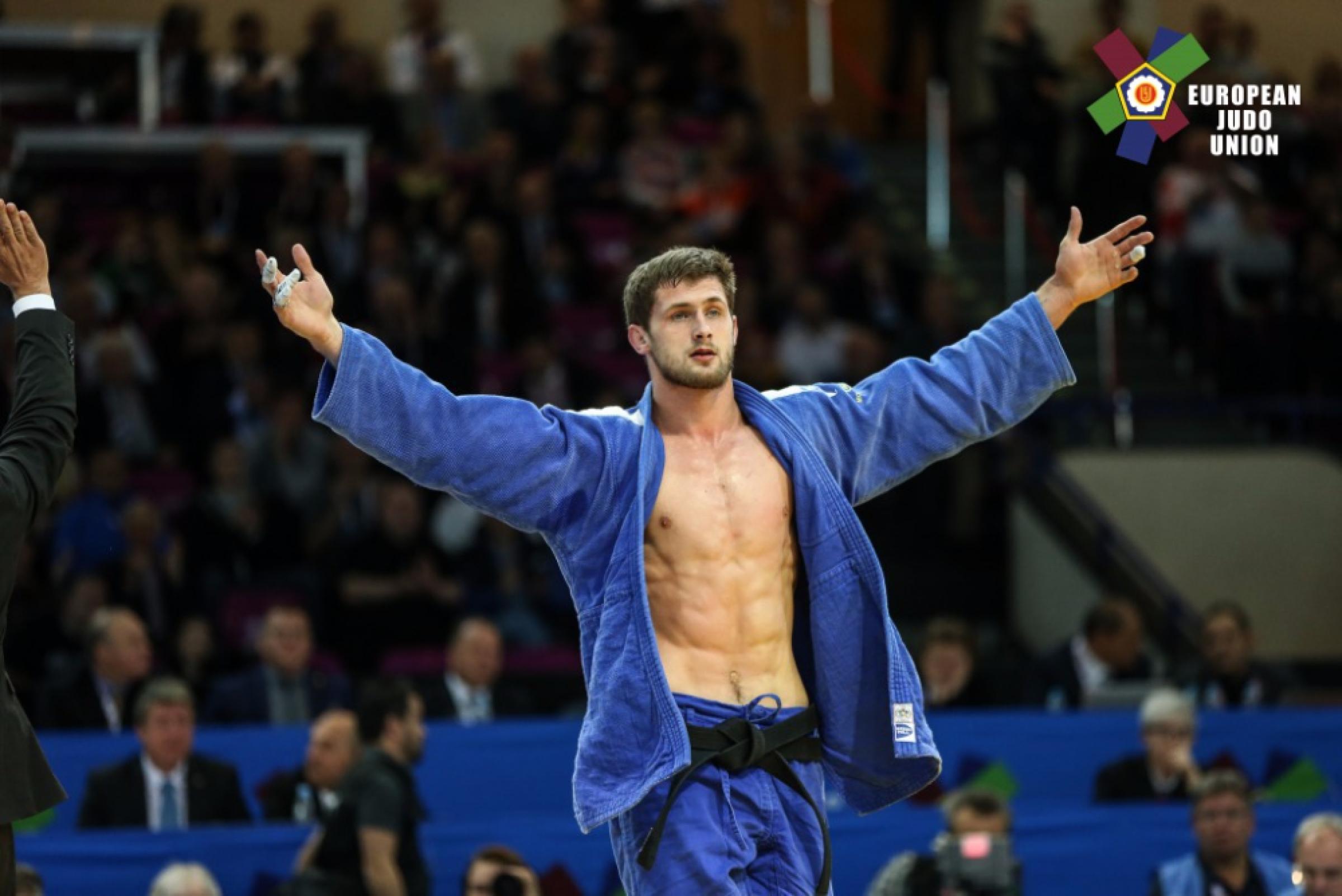 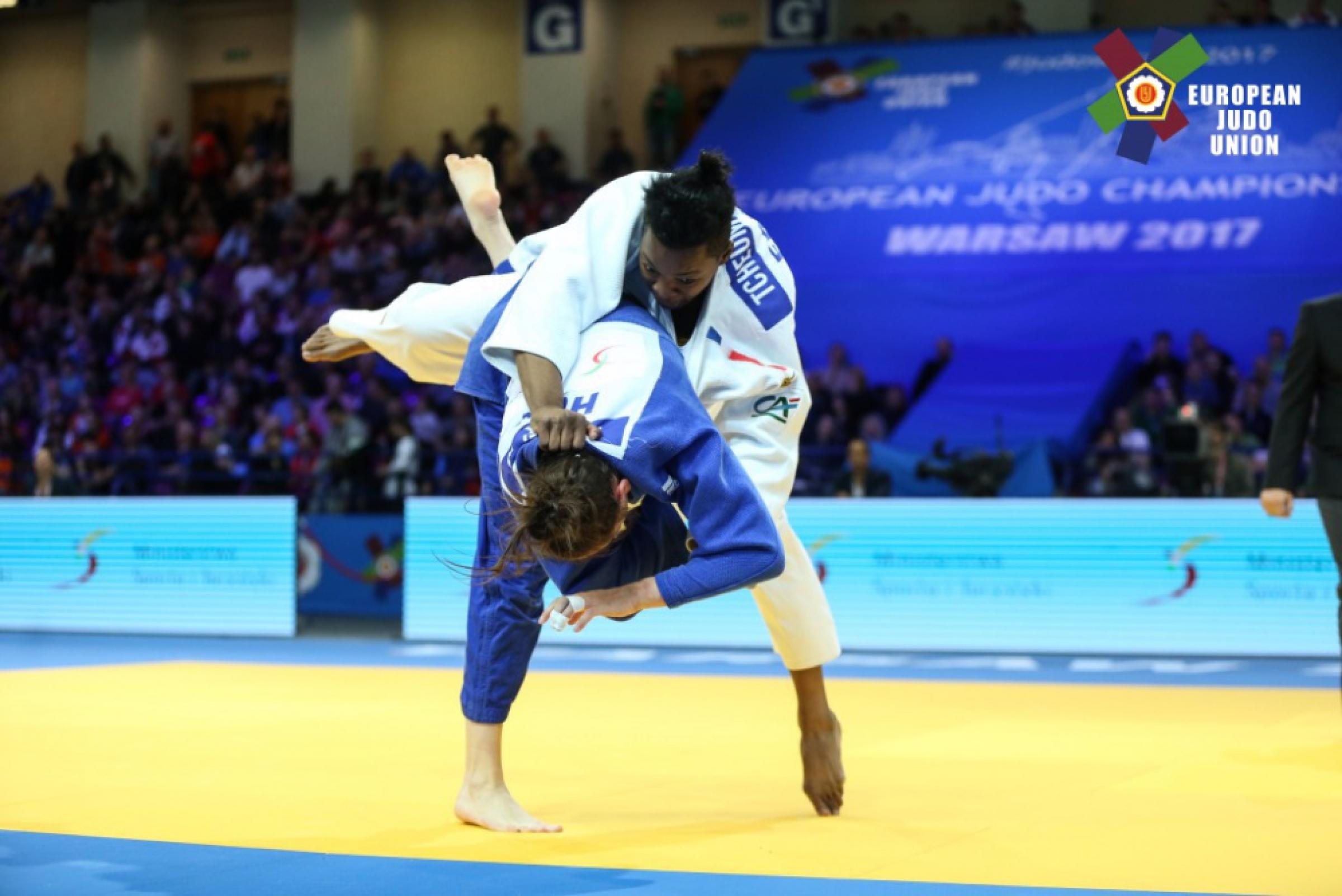 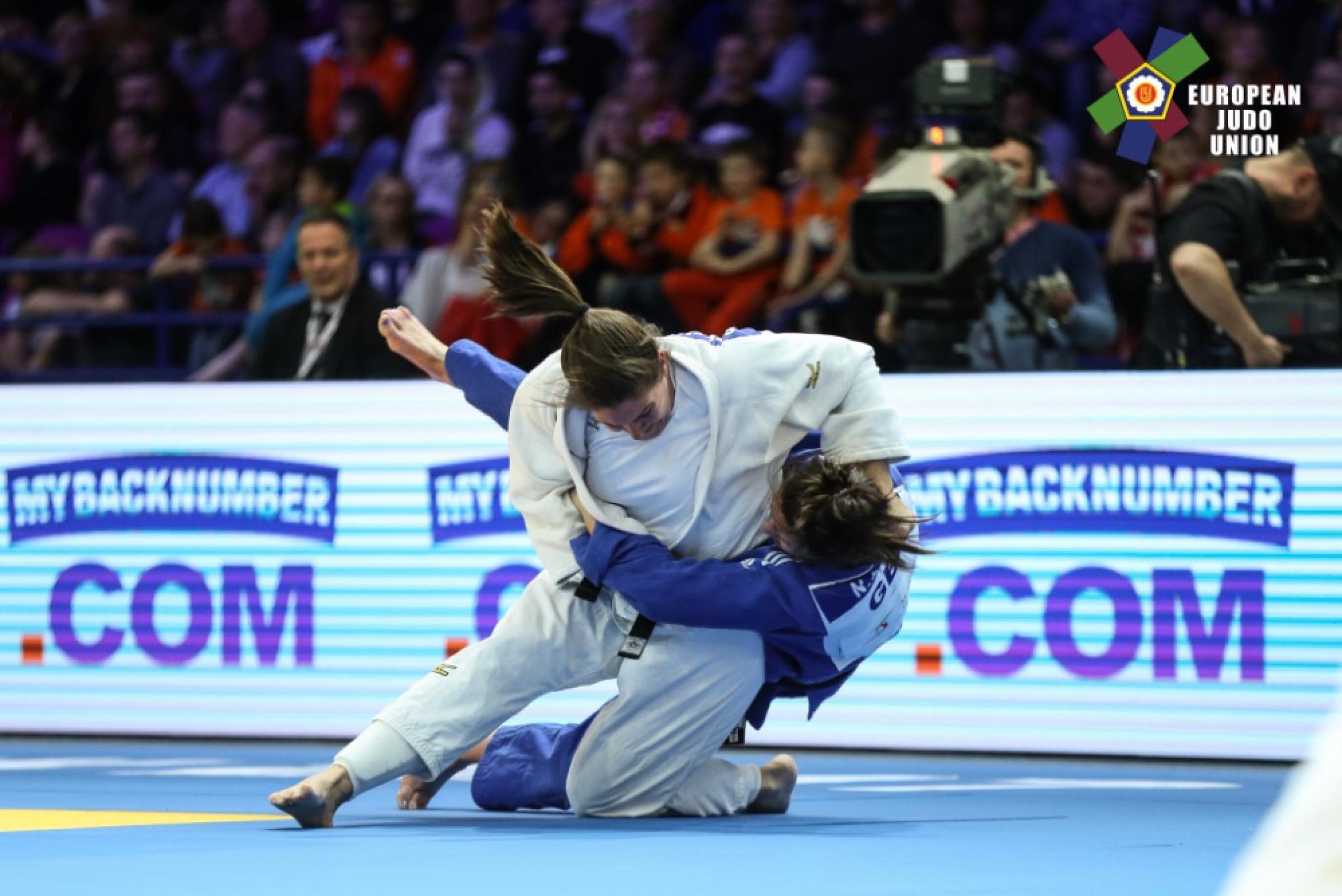 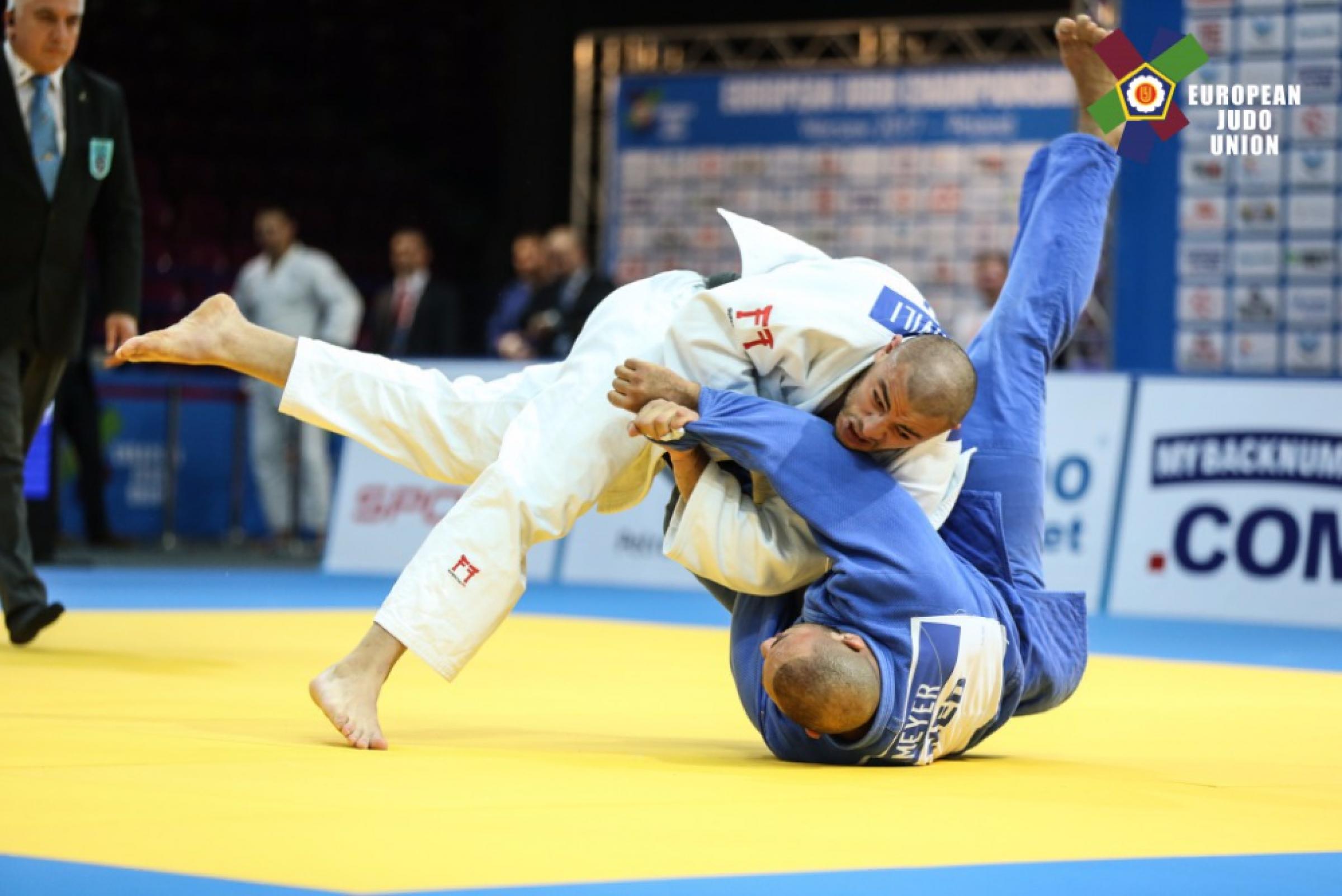 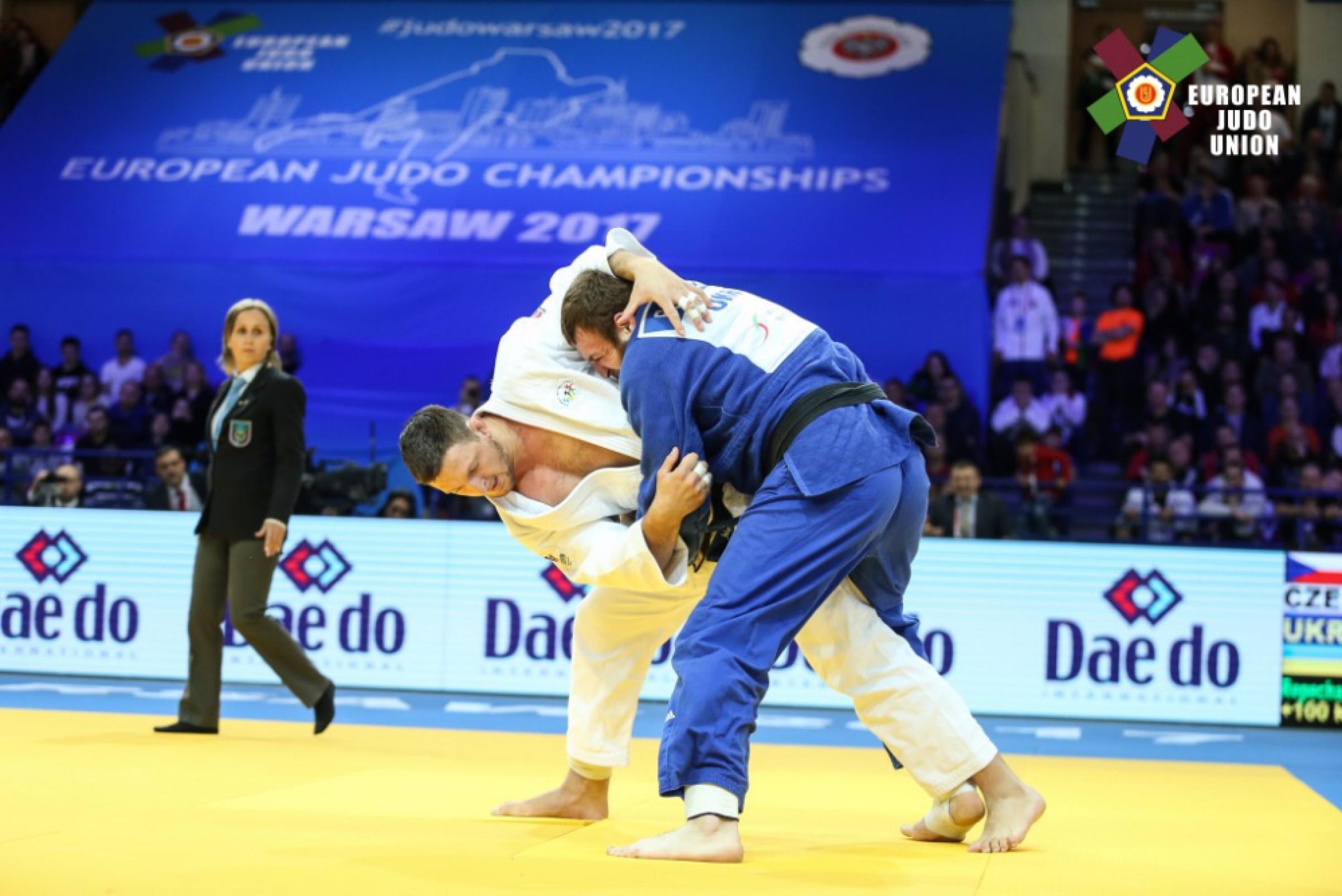 The +78kg category started off with Olympic Champion, Emilie Andeol (FRA) falling out first round. Following that, title older, Kayra Sayit (TUR) receives a revenge from Svitlana IAROMKA (UKR), whom than, repeatedly to last year, had to settle for the silver medal. The golden hopes faded away for the Ukrainian judoka the moment she failed to escape from the osei komi waza secured by Maryna SLUTSKAYA (BLR).