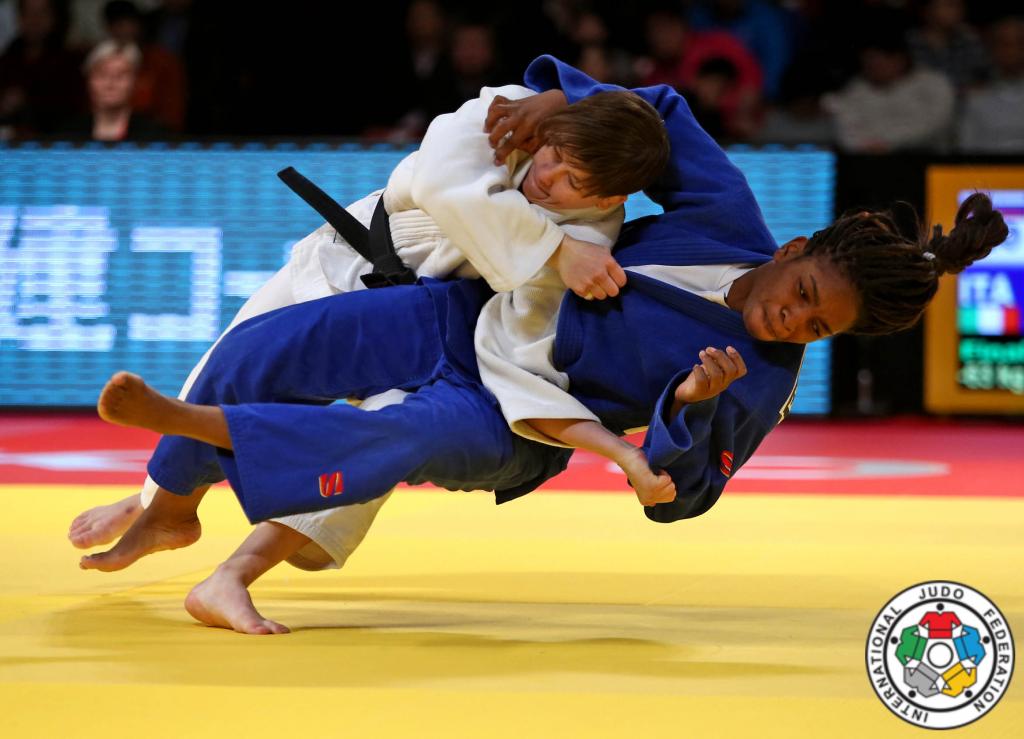 Slovenia’s oft-underrated Tina Trstenjak began day two of the Tokyo Grand Slam with an unwelcome 0-2 record, her two previous visits to Tokyo resulting in first round defeats. This time the 24 year old made no mistake and after her Grand Slam win in Abu Dhabi made it back-to-back gold medal wins. Despite the absence of Clarise Agbegnenou FRA and Yarden Gerbi ISR the field of 29 competitors contained seven of the top 10 fighters from the IJF world ranking list, Japan’s Abe Kanae being the only other top 10 name to be missing.

After a first round bye Trstenjak began with a narrow win over South Korea’s Bak Jiyun whose single shido was the only blemish on an otherwise blank scoreboard. Admittedly not the best contest with which to get a Grand Slam campaign underway however, Trstenjak has an uncanny habit of finding ways to win when things are close and, importantly, the Slovenian had her first contest win in Tokyo under her belt. The potentially difficult Russian Pari Surakatova was next up but a simple error in newaza saw the Russian slip into tate shio gatame and Trstenjak was on her way to the semi final to face Germany’s Martyna Trajdos. The pair had met earlier in the year when Trstenjak had defeated the German on her way to the bronze medal at the world championships in Chelyabinsk. A single yuko scored with a low left sided ippon seoi nage was enough for Trstenjak to get past Trajdos whom the Slovenian has now defeated six times out of six in individual competition.
In the final Trstenjak faced Edwige Gwend ITA the Italian making her first ever appearance in an IJF Grand Slam final. Trstenjak however gave no chance for Gwend to settle and, with her first attack, the Slovenian buried Gwend with her trademark execution of tani otoshi for ippon. “I’m obviously very fortunate to have someone of the experience of Urska Zolnir in the chair for me. I can learn so much from her”, said Trstenjak. When asked what was next for her Trstenjak with an engaging smile replied simply “Christmas”.