THIRD TIMES A CHARM FOR GOZ AS HE CLAIMS U23 TITLE 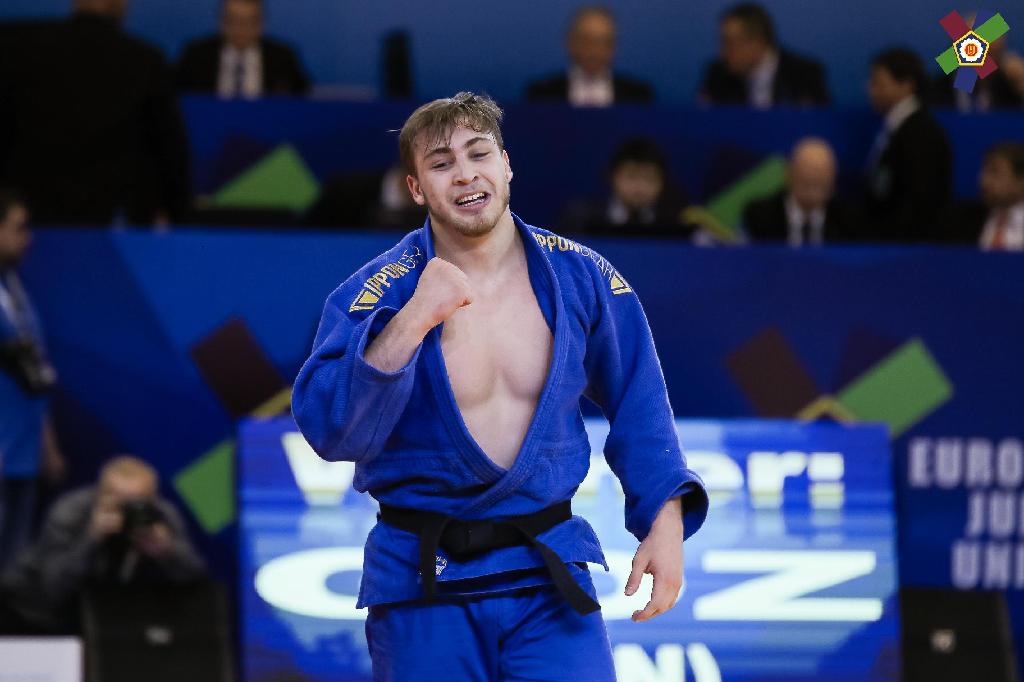 The third and final day of the U23 European Championships saw the remaining five weight categories take to the tatami in the ‘Ice Palace Olimpiyets’; -78kg, +78kg, -90kg, -100kg and +100kg.

The -90kg category was particularly impressive today, the dynamic athletes leaving the crowds guessing as the draw had them evenly matched. However, the two that came out on top were Junior European and World silver medallist, GOZ Roland (HUN) and Falk PETERSILKA (GER), the pair beat the home crowd favourites for their place in the final.

GOZ had performed his signature seoi nage throughout the day, which eventually gave him the gold medal, as well as a tremendous ura nage in the quarter final against Aliaksandr SIDORYK (BLR), demonstrating his range. His style is explosive and always interesting to watch, knowing that something big is bound to come, he is always searching for an opening and actively pursuing the win. 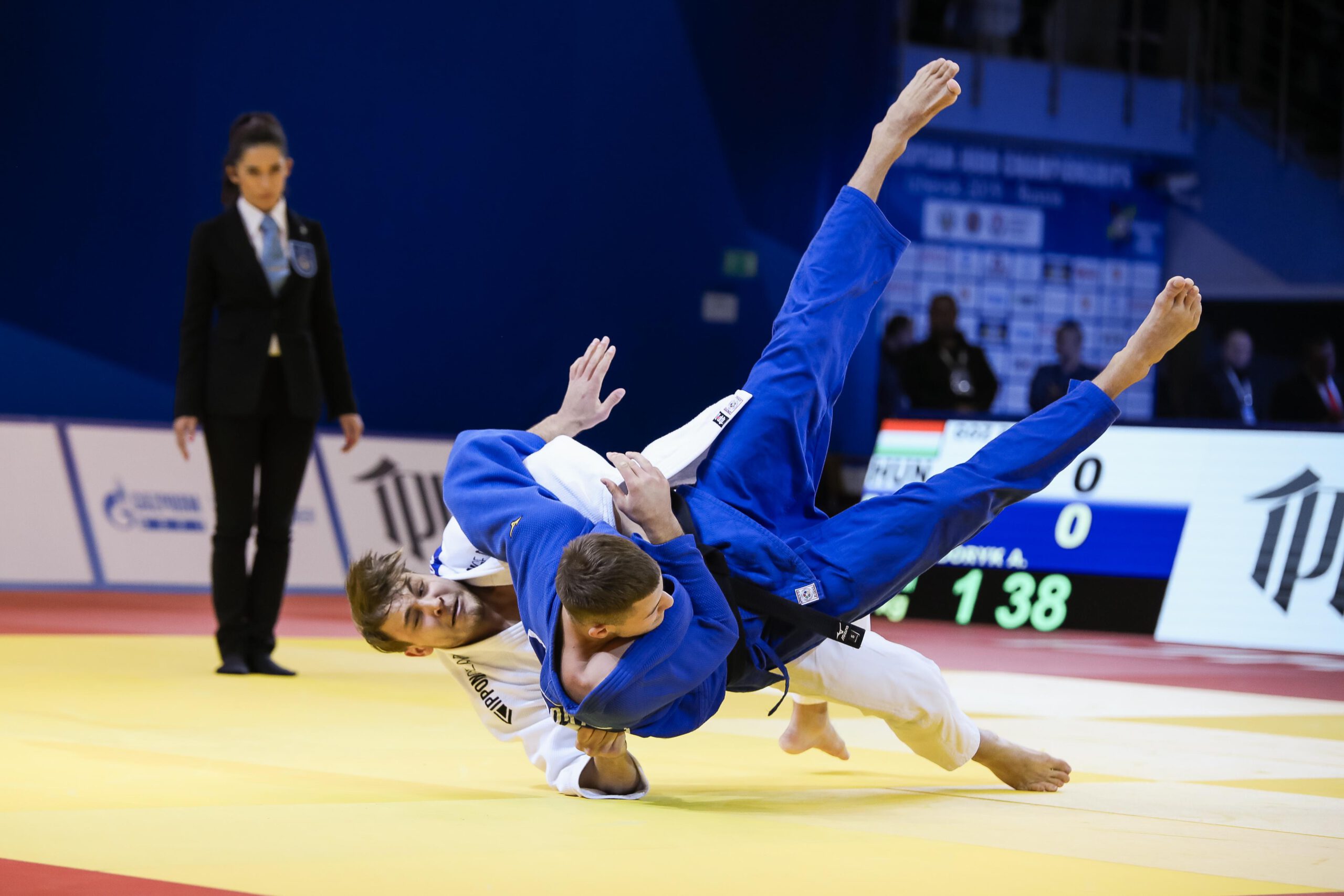 The final was bound to be difficult, PETERSILKA has a relentless attitude and took the contest to the very last second but couldn’t even the score and had to settle for the silver.

Finally it was a gold medal for GOZ who has waited patiently, after a slip up in Vantaa in the final seconds cost him his Junior European title, but felt he was in the best mental state today to take on his opponent and come out victorious.

The final of the -78kg category saw Teresa ZENKER (GER) take on Jovana PEKOVIC (MNE). The German had successfully used her height to her advantage throughout the preliminaries, defeating the #1 seed, Ilona LUCASSEN (NED) to take her place in the final. PEKOVIC stuck to her guns from the beginning of the day, ensuring none of her opponents could protect themselves against her koshi guruma and took her place in the final against the German with a swift win against Inbar LANIR (ISR).

She changed tactics slightly against ZENKER and managed to throw with a great morote seoi nage to claim her gold medal and U23 European title.

The German heavyweights definitely showed strength today as both representatives in the +78kg category, Samira BOUIZGARNE and Renee LUCHT found themselves in the final, ensuring a German gold. It was a tough contest for the women who know each other from their national team, and the contest ultimately went to BOUIZGARNE after time in golden score and with encouragement from the home crowd, countering a tired attack from LUCHT.

The #1 seed in the -100kg category, Daniel MUKETE (BLR) performed well and his place in the final mirrored his ranking accordingly, his wealth of experience on the senior circuit evident during the preliminaries. His opponent in the final was Onise SANEBLIDZE (GEO), the 21 year-old has made his mark on the Cadet circuit with both a continental and World bronze followed by a Junior European title in 2018, Junior World bronze and U23 European in the same year.

Though the Georgian has a Grand Prix medal in Tbilisi, MUKETE has a slight advantage with both a Grand Prix and Grand Slam bronze, only slightly more experience than his opponent. However, this slight upper hand seemed to be enough to take the win and repeat his 2017 U23 success, taking a second gold.

Both athletes in the +100kg final, SIPOCZ Richard (HUN) and Jur SPIJKERS (NED) demonstrated explosive technique in the heavyweight category, throwing off their opponents and earning their final positions in the last contest of the day. The crowd was certainly happy to stay for the contest despite there not being a possibility of a home nation gold, and they weren’t left disappointed.

The athletes took a minute to work each other out but SIPOCZ definitely had a hold of the contest in the final exchange, taking a high grip across the back to reach the belt and threw with a huge o goshi to seal the score and take the third gold medal for Hungary this weekend.

This U23 European Championships continues to support the development of athletes in the transition from their Junior to Senior careers and has even awarded medals to some very advanced and promising European Cadet athletes. The Udmurtia Republic have been incredible hosts and following the flag handing over ceremony, can now look forward to the 2020 edition held in Porec, Croatia.