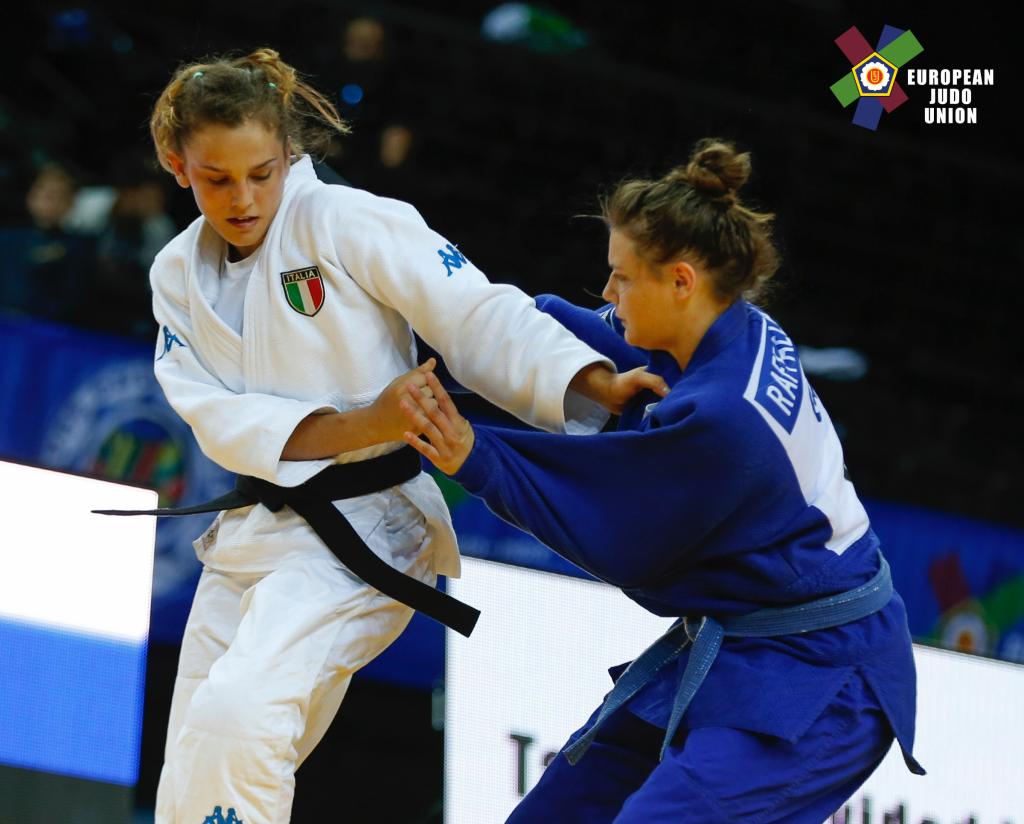 The Bosnia & Herzegovina Judo Federation has a fine history of hosting international judo events, having staged the Cadet World Championships here in 2015 and Junior European Championship in 2013. This week, they will be the host of the 2018 Cadet European Judo Championships, where almost 500 judoka from 42 nations will contest each another at the Sport Hall Juan Antonio Samaranch.

The President of the European Judo Union, Mr. Sergey Soloveychik expressed his thoughts ahead of the event.

“The cadet age group is the first and most challenging step to the higher level, where young judoka learn to conquer and overcome their strong emotions, big triumphs or disappointments. Many of today’s judo stars, before reaching the international seniors highest level, shone when they were cadets. So I wish all the participants and their coaches to enjoy with dignity an unforgettable and joyful experience that will become a great platform for their future success.”

“Judo Federation of Bosnia and Herzegovina is going to proudly host the Cadet European Judo Championships Sarajevo 2018. On behalf of our Federation I am honoured to invite all distinguished members of EJU to our beautiful country and I would also like to take this opportunity to welcome all delegations of the participating federations, wishing them success and great performances in the name of Judo.” 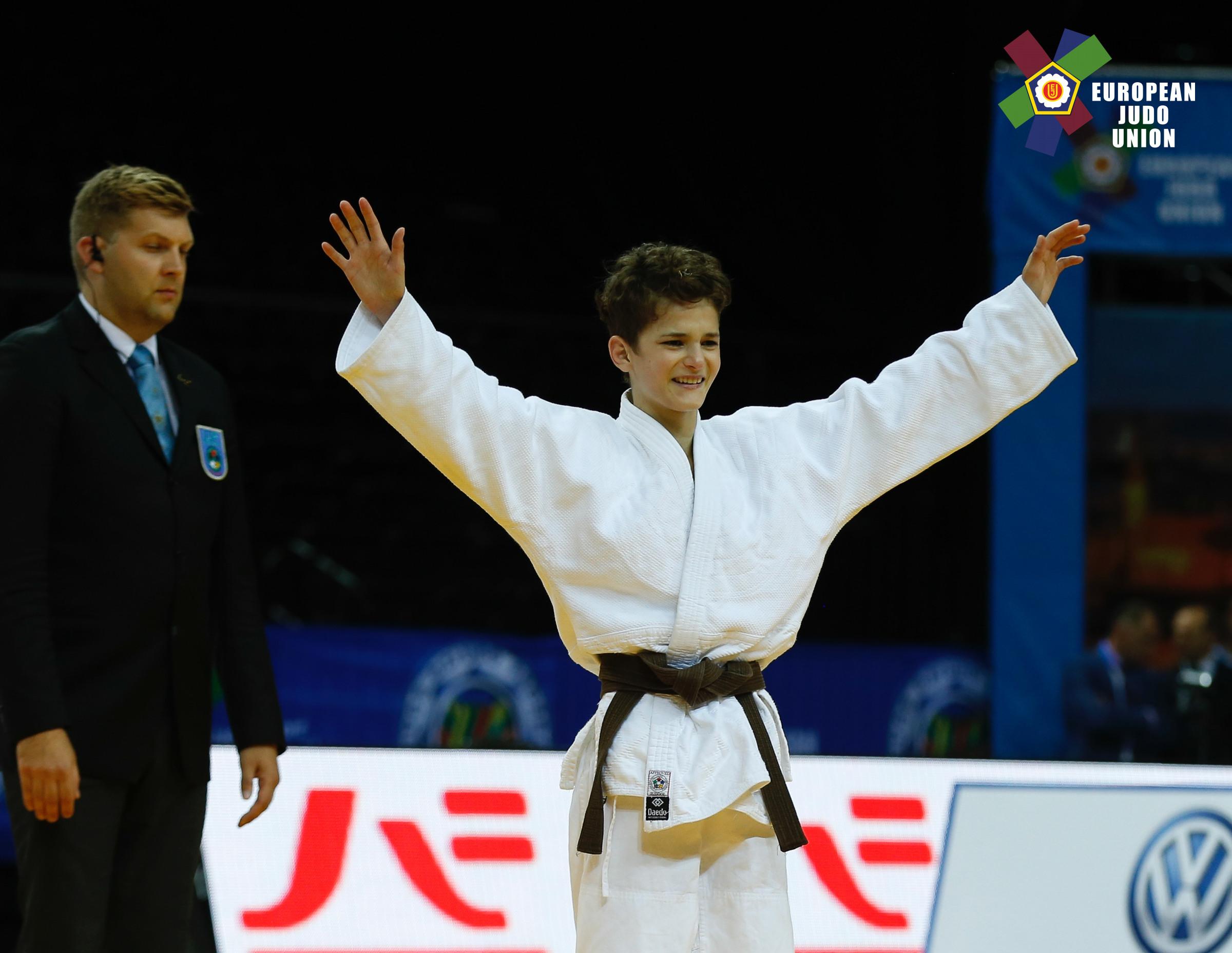 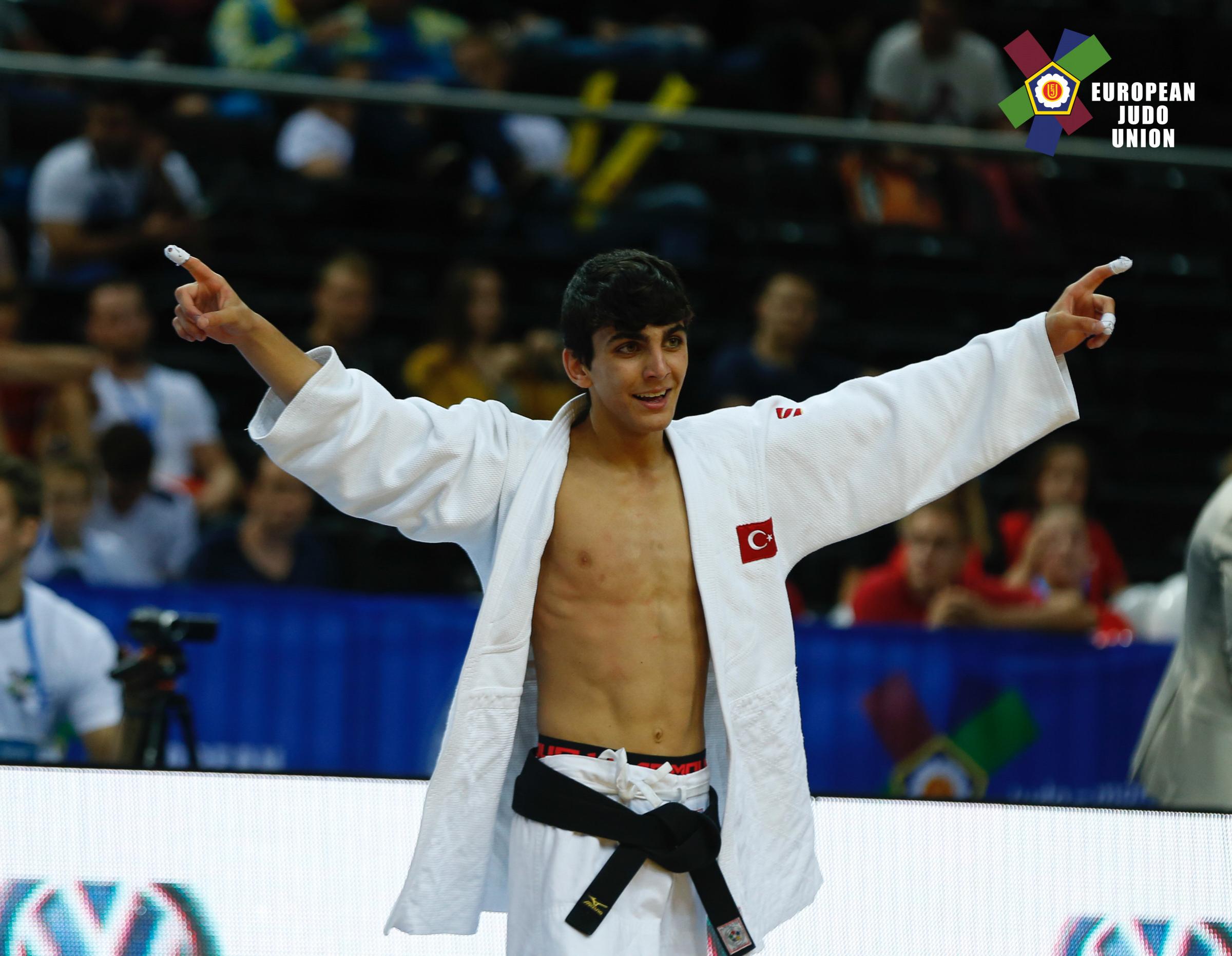 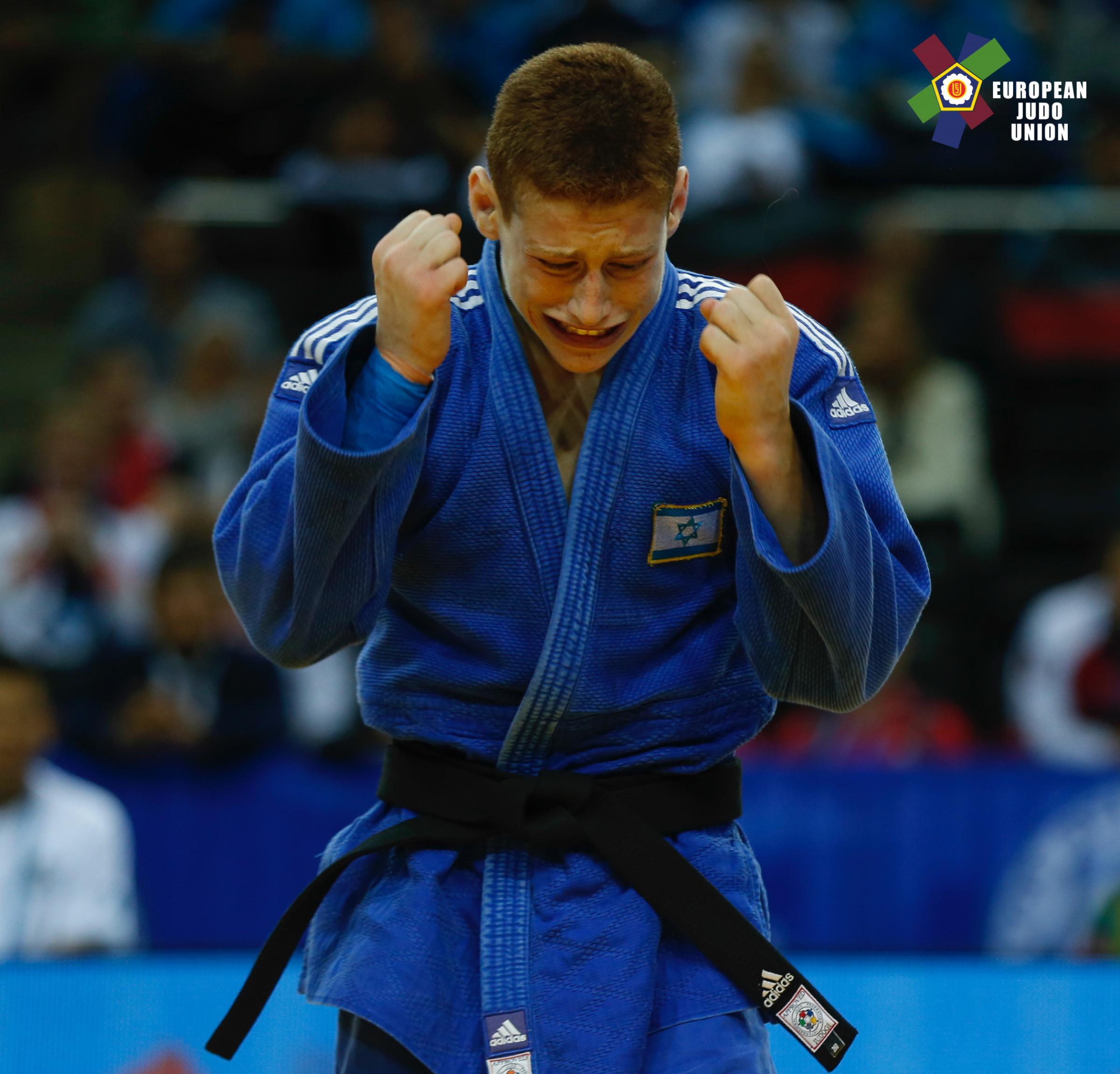 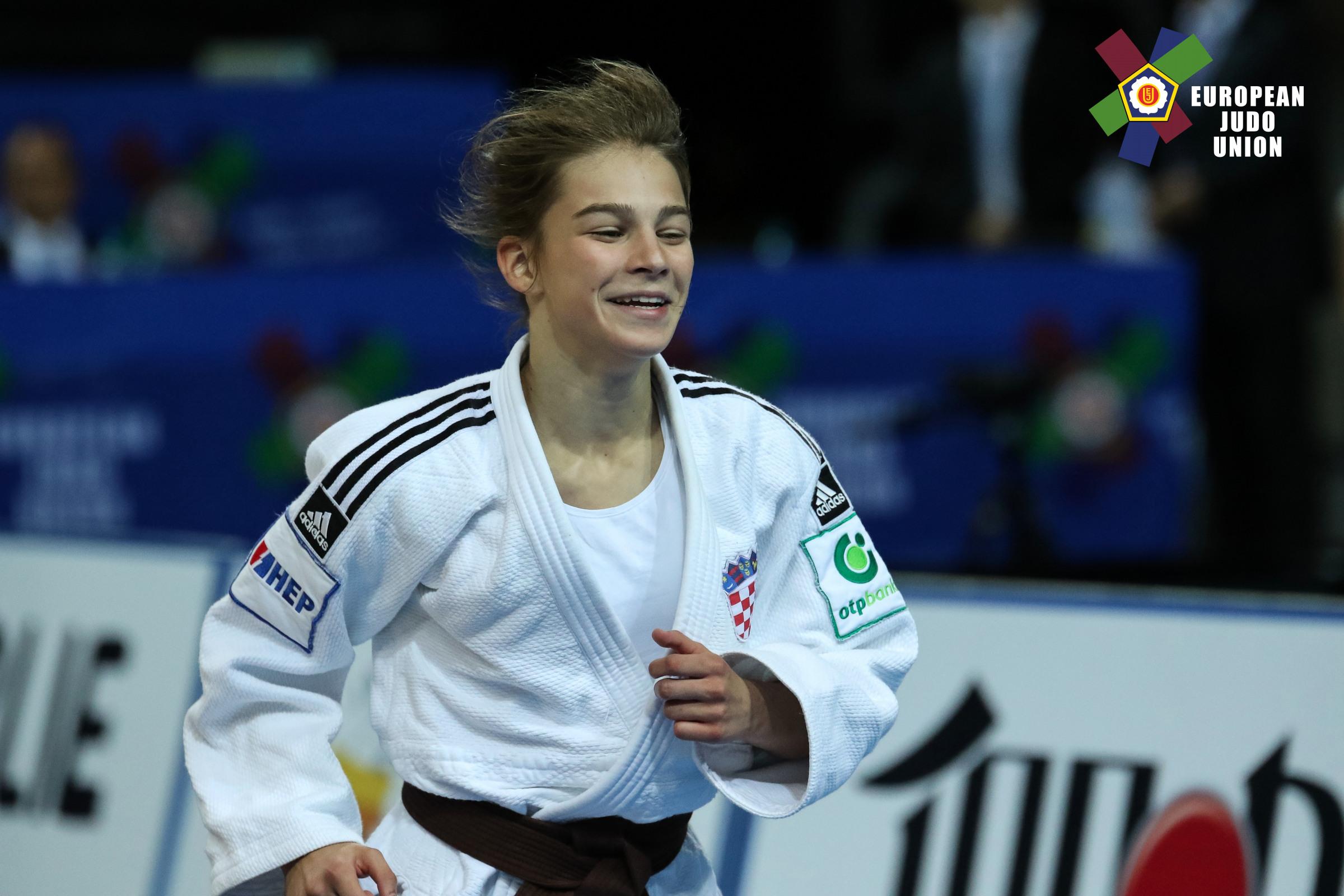 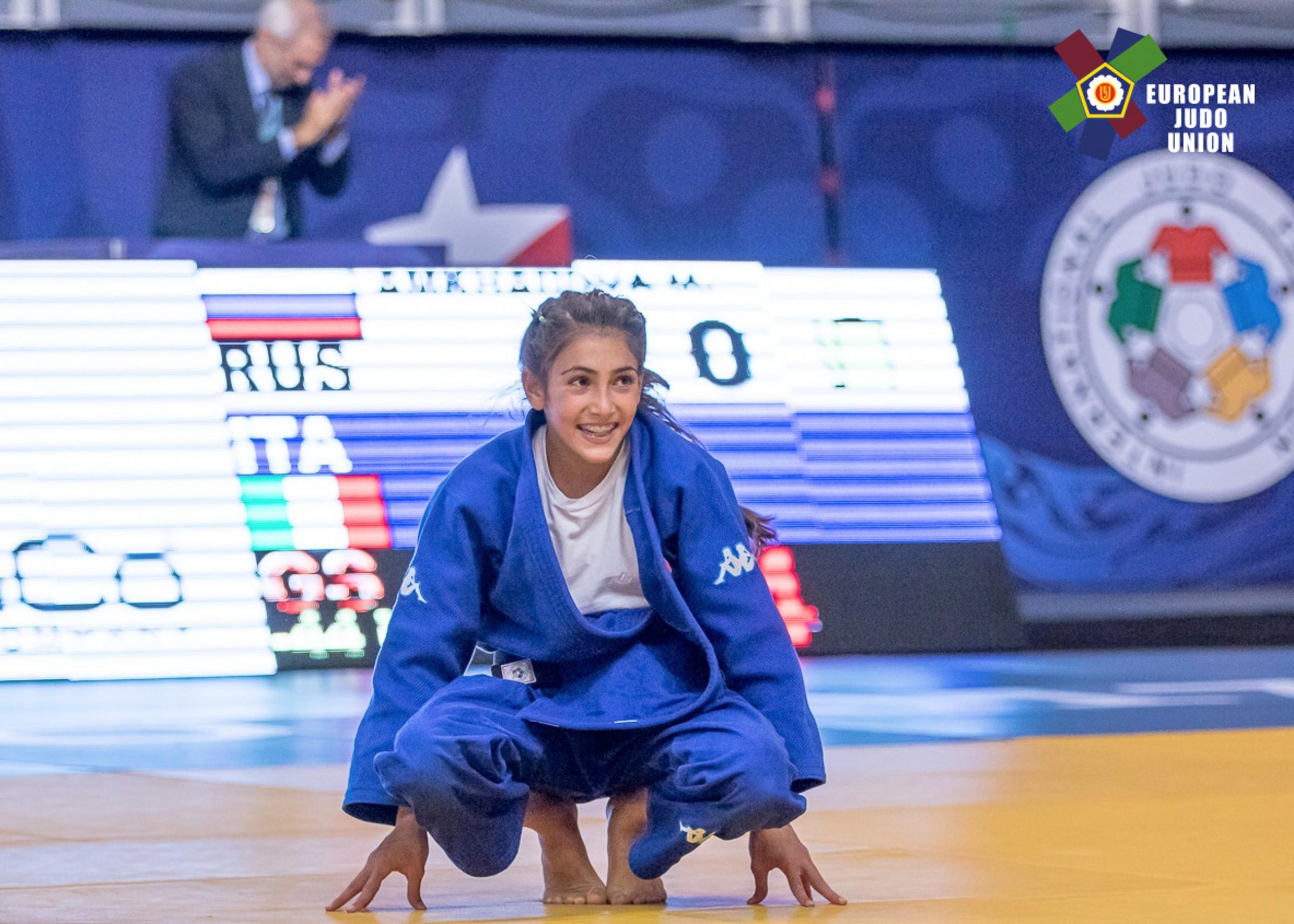 The event will run across four days with the first three days staging the individual contests and the final day will see the first Cadet European Judo Championships Mixed Team event. At the opening day of the tournament we will follow six of the lightest weight divisions. According to the entries, the most exciting one seems to be the -44kg category with a fine list of possible winners. Starting off with current title holder, Ana Viktorija PULJIZ (CRO). Cadet European bronze and Cadet World silver medallist, Ivana NIKOLIC (MNE) collected her medal tally at the -40kg category and will now be ready to seek success a division above. Similar awaits for Glafira BORISOVA (RUS). Last year, Kosovo won two medals at the Cadet Europeans. On Wednesday, Erza MUMINOVIQ (KOS) will be one of the hopefuls to top the rostrum. With this many changes, 2017 Cadet European Silver medallist, top seed, Anastasiia BALABAN (UKR) is the absolute favourite of the -40kg category. As of the highest girls’ category of day one (-48kg), watch out for the Italian duet Assunta SCUTTO and Carlotta AVANZATO. The latter won bronze at the Cadet World Judo Championships in 2017. As per the boys, the -55kg will stage the performance of Ejder TOKTAY (TUR). Toktay won bronze last year in the -50kg category. Matan SHANI (ISR) will, however, know what to expect in the -55kg category as he claimed bronze in 2017. 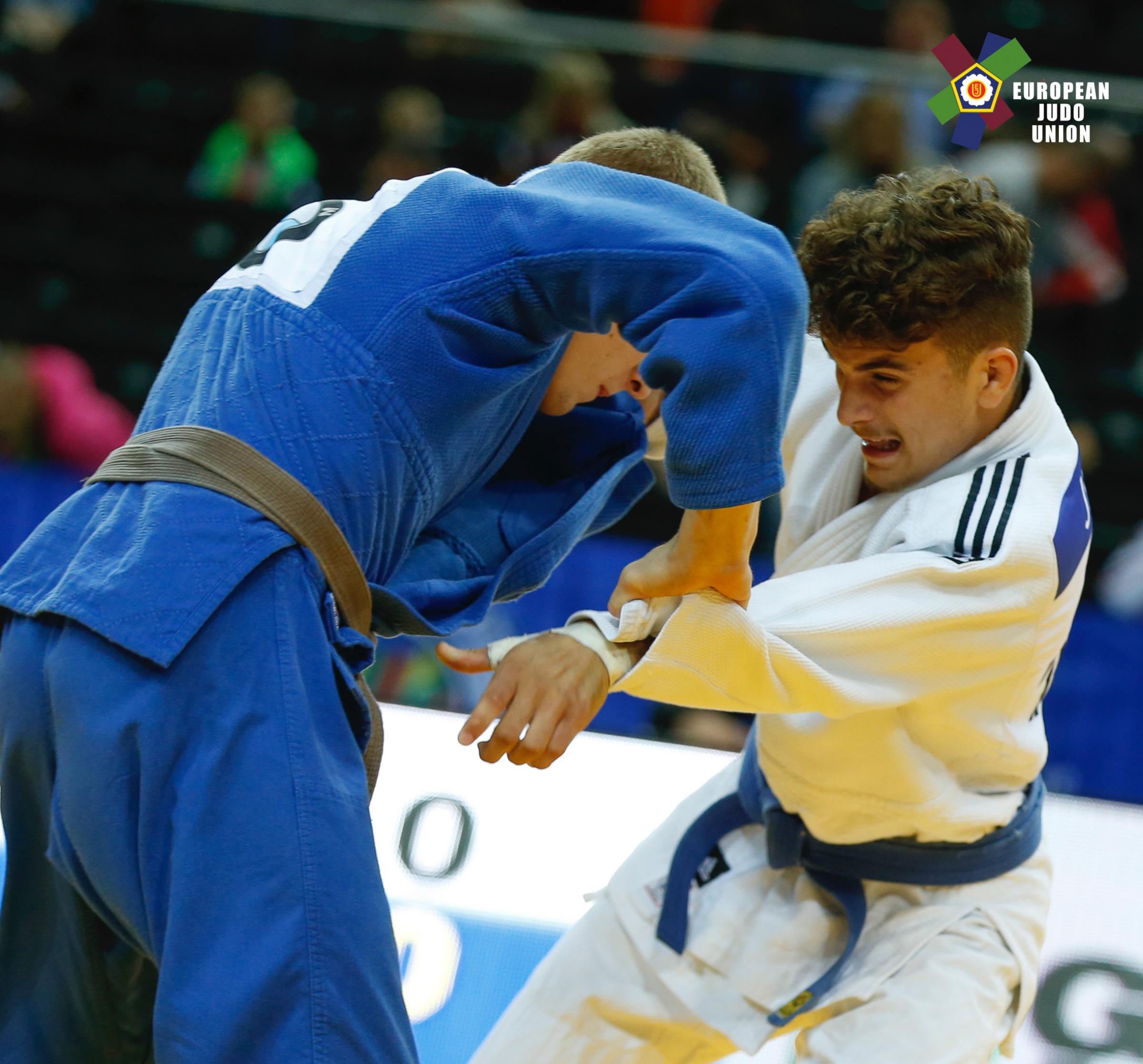 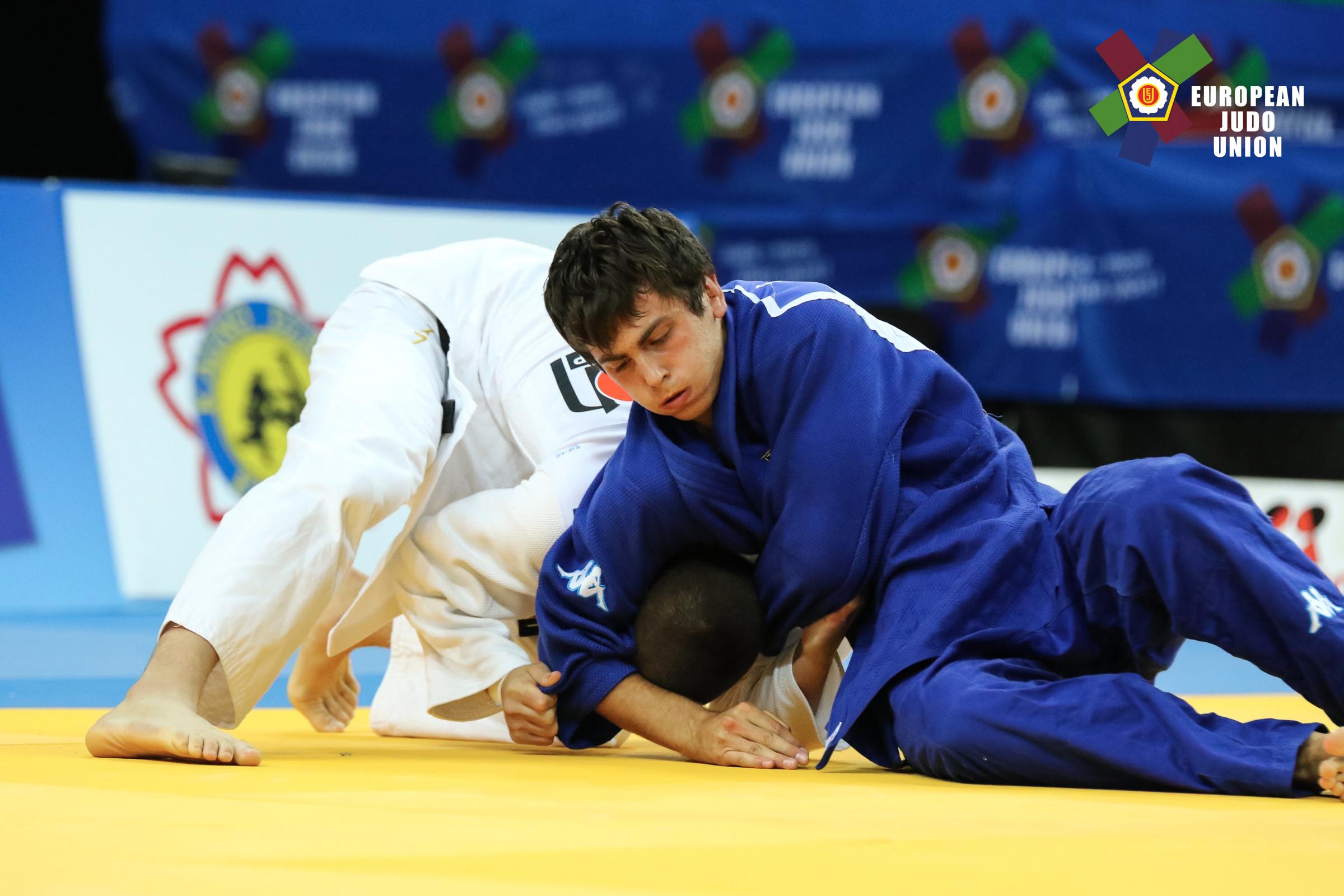 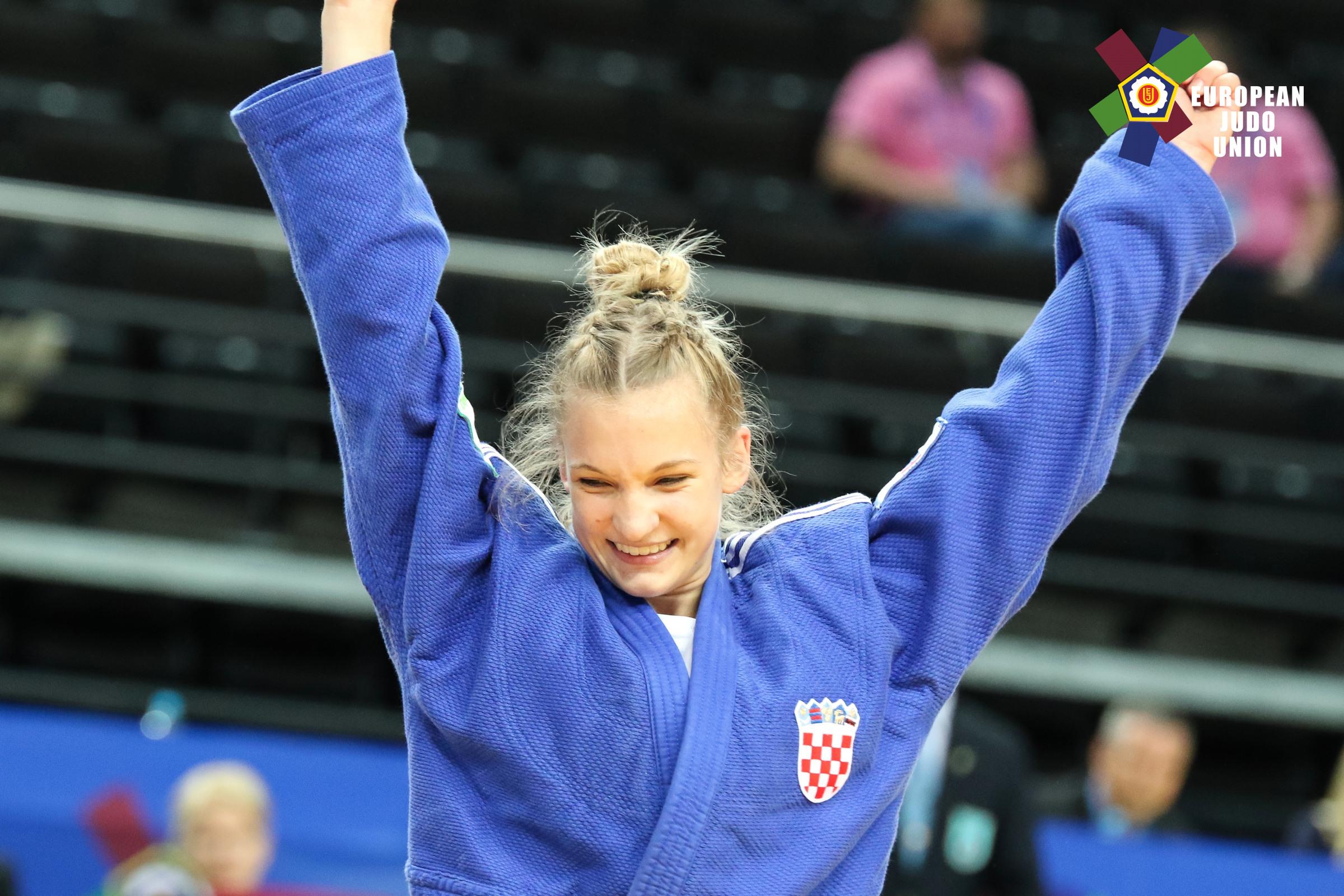 Day two can be another golden hunt for the Croatian team with current title holder and top seed, Lara CVJETKO returning to crown the -57kg category. Despite a full entry of 30 athletes, she will have a strong Hungarian duet to deal with. Namely, -52kg winner of Cadet Europeans 2017, OZBAS Szofi and -48kg Cadet World Champion, VARGA Brigitta. The -66kg category will also bring spectacular battles. Abrek NAGUCHEV (RUS) won bronze in the -55kg and with a jump in height and weight, he will now contest the -66kg category. Similar situation goes for Luka KAPANADZE (GEO). Top seed, Hamza JASHARI (MKD) missed out on a medal last year and will strive to be part of the medal presentation in Sarajevo. Hungary will seek for success in the -73kg by NERPEL Gergely, whilst Italy goes for glory with Giovanni ZARACA. 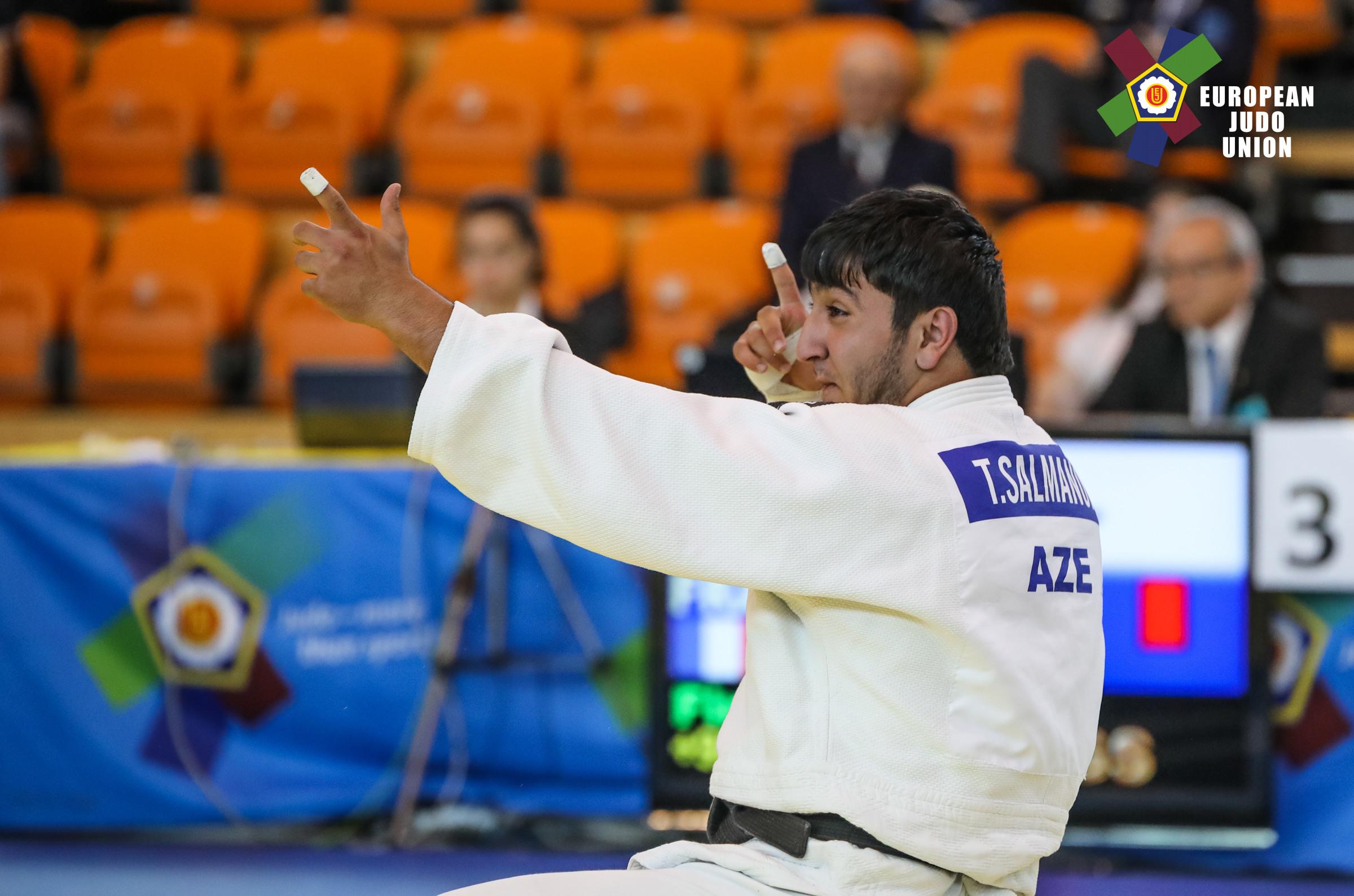 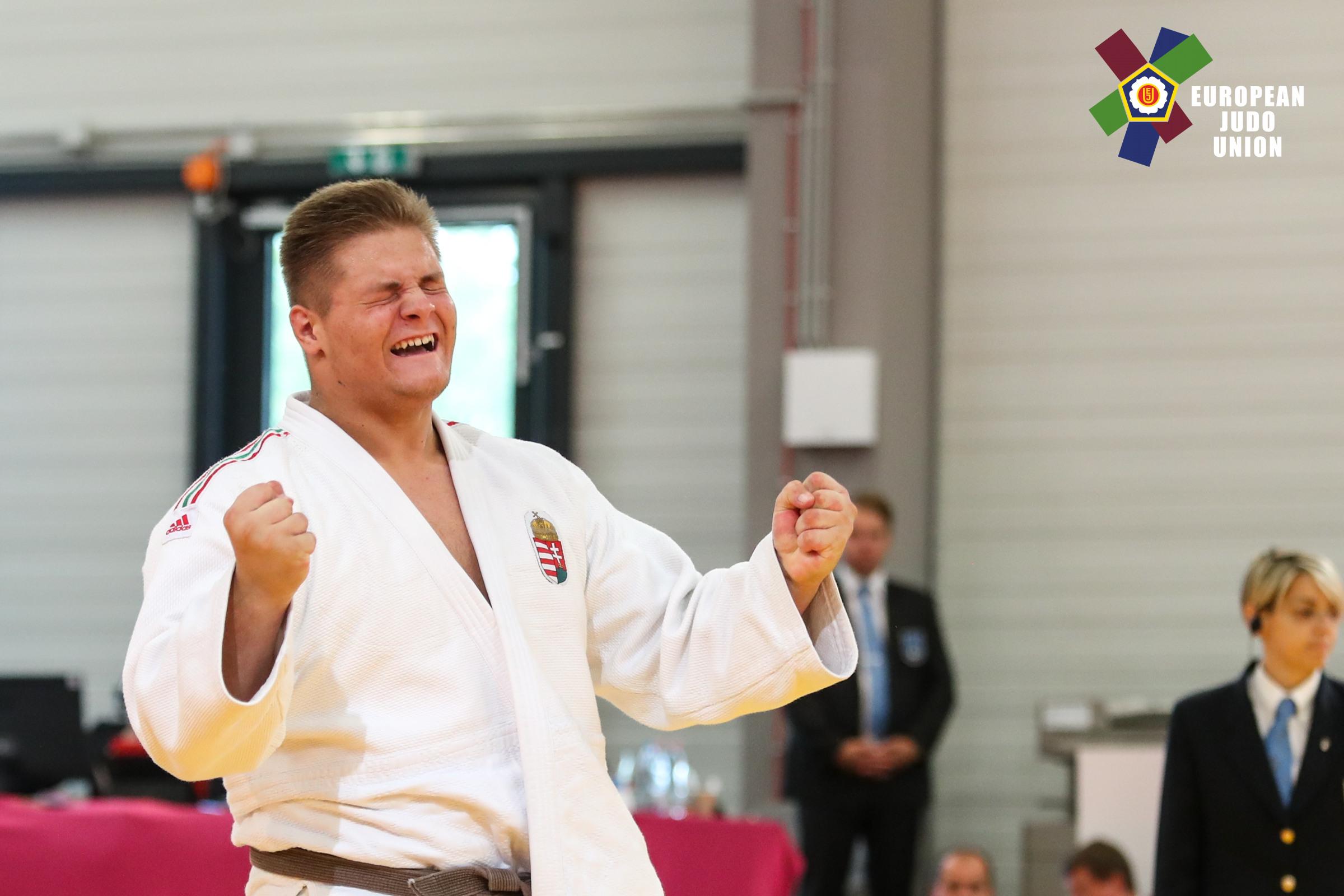 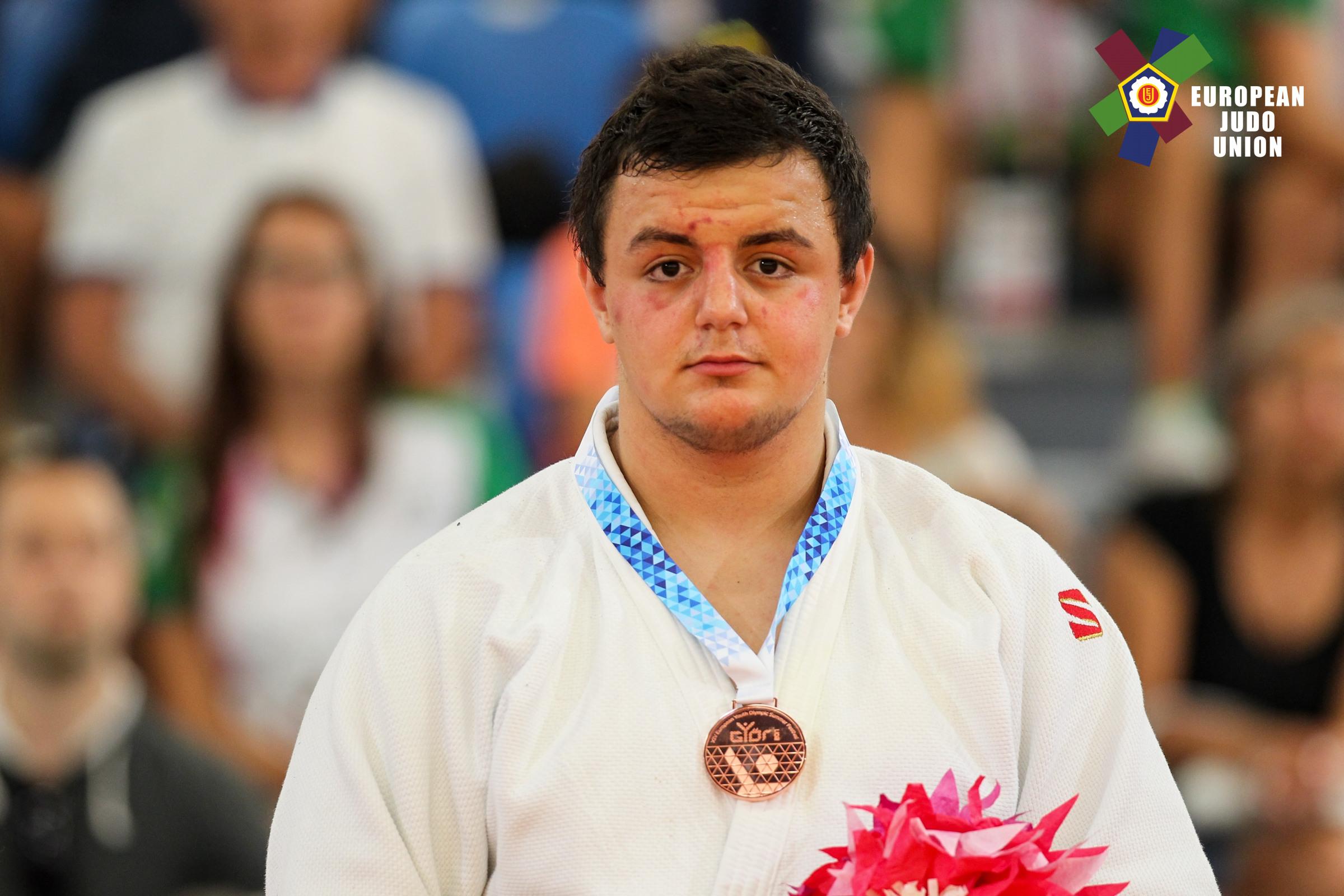 The final day of the individual tournament will deliver the main show at the +90kg category. A rather impressive final could be the closing play if both, EYOF winner, SIPOCZ Richard (HUN) and top seed, Cadet World bronze medallist, Omer AYDIN (TUR) progresses to the final. Challenges will come from forever robust athletes like Toghrul SALMANOV (AZE), Saba INANEISHVILI (GEO), Nodar ONOPRIENKO (RUS) and Aleksijs IVASCENKO (LAT).