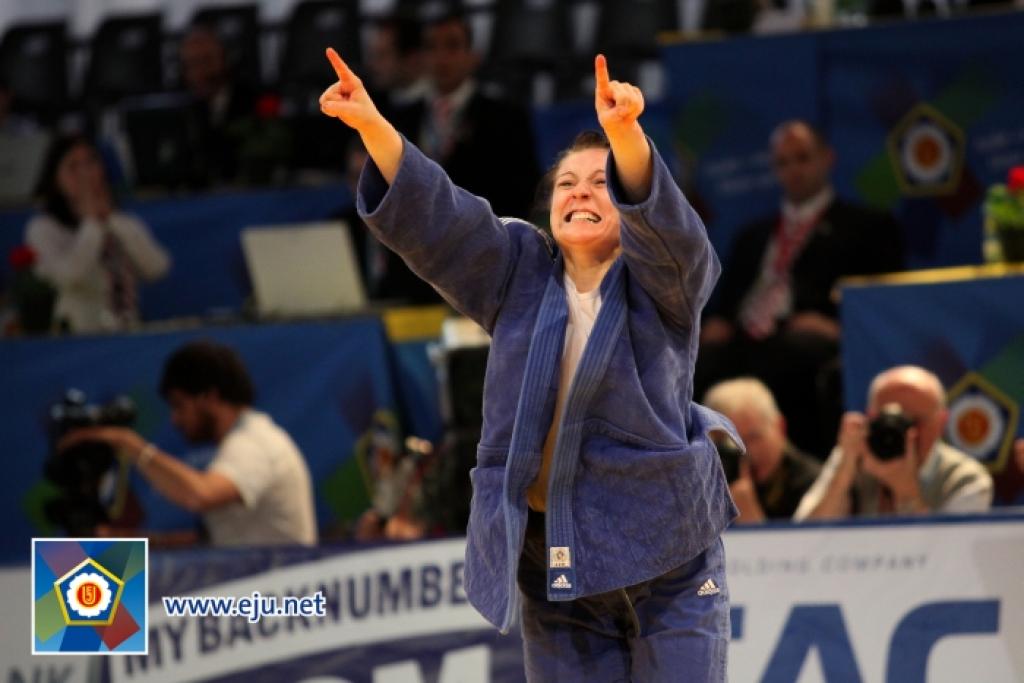 European judoka have collected three gold medals at the World Cup in Suwon. The event was mainly dominated by Korean fighters who won seven gold medals. China (2) and Japan (1) won the other titles.

In the men’s division Dan Fasie of Romania surprisingly won his category U66kg. It meant his first ever World Cup victory. This year in Sao Paulo he was close, but lost the final to 2009 World Champion Tsagaanbaatar Khashbaatar. In Suwon he won his final against Cho-Sun-Ho, the winner of the World Cup in Rome.

In the men’s U90kg category Russian Kamil Magomedov won gold against Takahiro Nakai (JPN). Magomedov won silver this year in Tbilisi at the World Cup. He is Russian Champion of 2009.

Delighted with her medal, Howell said, “I am really happy with my performance and silver medal. Howell will travel with the team to Tokyo to compete in the Tokyo Grand Slam.

“It is my first World Cup medal for a few years, so I am really pleased to come to the end of the year on a high.
“I am looking forward to the training camp now and fingers crossed I can also do well at the Tokyo Grand Slam.”
Commenting on Howell performance, Head Coach Patrick Roux said, “Gemma once again put in a good performance and this is exactly what we are looking for now at this stage in the Olympic cycle – consistency. She has made a dynamic improvement over the last year, which is impressive to see.
“We have encouraged our key players to use gap analysis and look at how they fight, which I think is working really well. We now need to keep the momentum going and onto the camp, which will be a good build up to the Tokyo Grand Slam.”

In the women’s U52kg Spanish Laura Gomez lost her final against Yuki Hashimoto who won the only Japanese gold medal. Last year at the Masters in Suwon she also won the silver, as well as in October at the Grand Prix of Rotterdam.

World Champion Kim Jae-Bum defended his title U81kg successfully in Suwon, last year he won as well, this year he defeated Takahiro Nakai for the gold medal. His tenth World Cup medal, seven of them are gold.