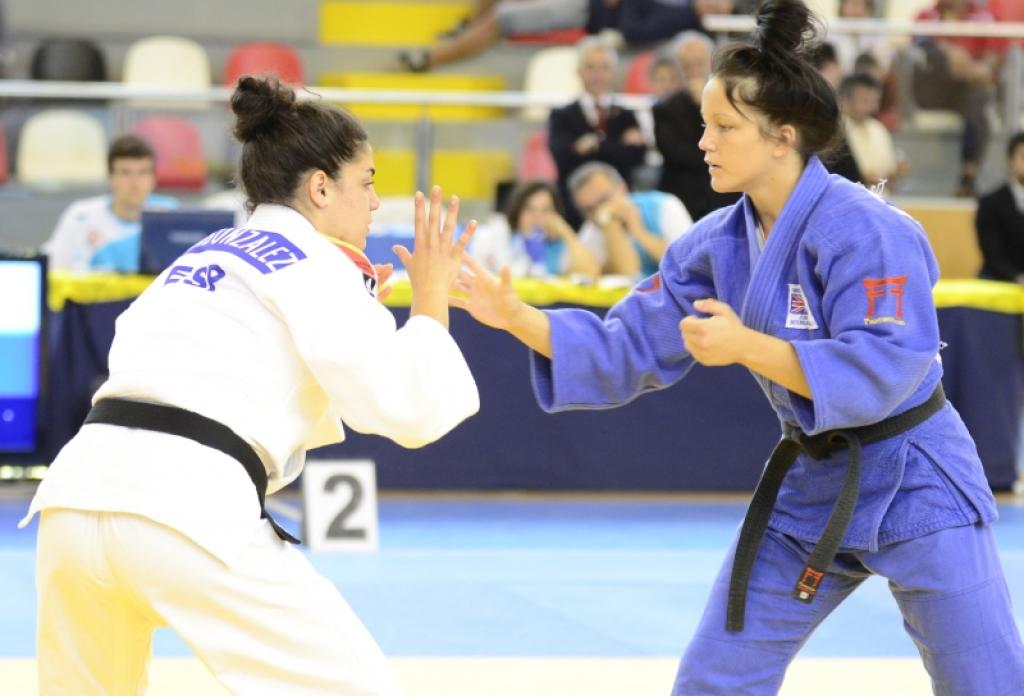 At the European Cup for Juniors in the Galician city of La Coruna, Spain won three of the eight gold medals today, Italy won two, and the remaining three were won by Germany, Portugal and Slovenia.

Interesting was the final fight between the local Sara González and British Amy Livesey tactically won by the Galician. Gonzalez defeated German Butkereit and Spanish Miriam Andrea Sebastián. Meanwhile the other participant from Coruña, Miguel Riopedre, defeated Galician Eric Barceló in the fight for the bronze medal. Previously Miguel had beated wonderfully the Spanish Antonio Morín and the italian Andrea Ferreti. The Junior European Cup of A Coruña is the qualification for Spain to attend the upcoming European Championships for Juniors that will take place in Croatia in September.

The day ended with a good performance from the Spanish team. Eight countries participated in the tournament making a total of over 130 athletes competing today. The participating nations were respectively: SPAIN, GERMANY, BOSNIA, CROATIA, SLOVENIA, GREAT BRITAIN, ITALY, BELGIUM AND PORTUGAL.

The event organised by the Galician Federation of Judo, is sponsored by The City of La Coruna, also having the cooperation of the General Secretariat for Sports.