THREE GOLDS FOR BRAZIL ON OPENING DAY OF COMPETITION IN PRAGUE 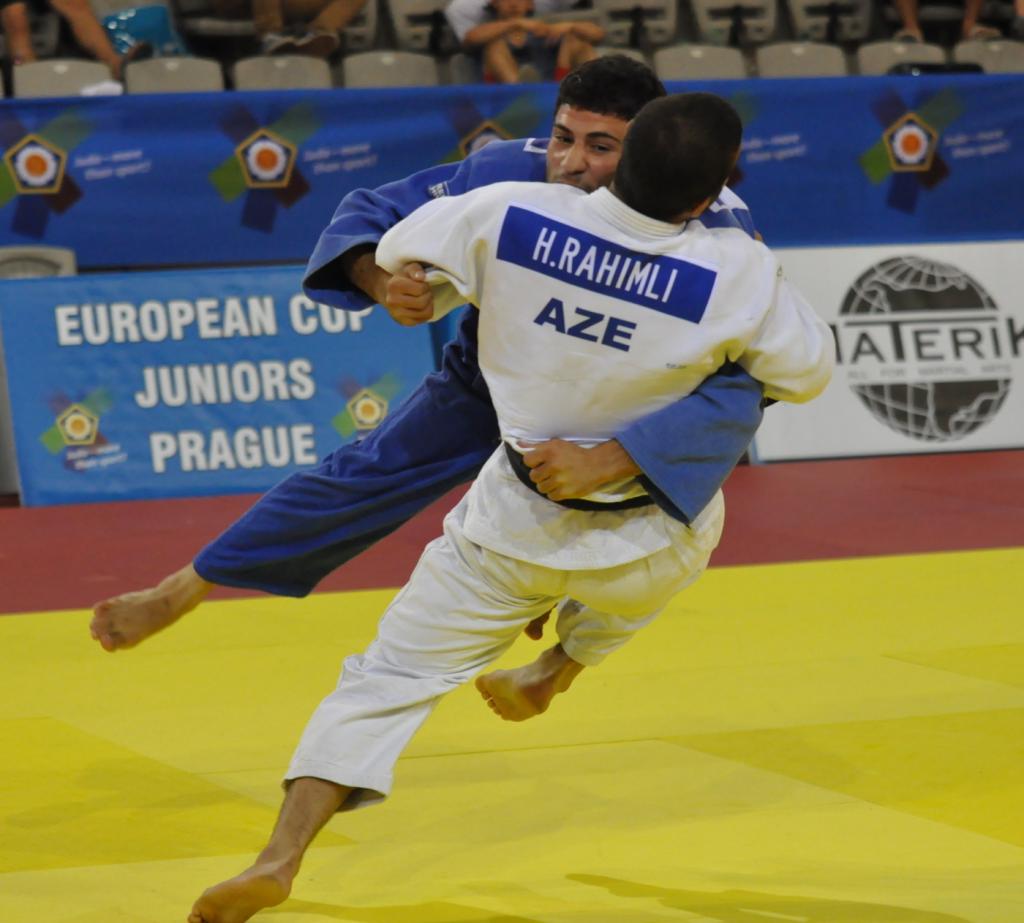 Brazil’s young athletes had a successful first day of competition in Prague winning three gold, two silver and one bronze medal. The event is being attended by 356 competitors from 36 countries. “I am very much satisfied today”, Kenji Saito, the Brazilian head coach said. “We have brought our top juniors to Prague so we also expect some more medals tomorrow.” One of the golds for Brazil was won by Lima in -55 kg. “I fought only a few days ago in the Pan-American championships but I lost there in the first round”, Lima said after his victory in Prague. “The victory here is therefore extremely important for me to re-gain my self-confidence. My final opponent from Armenia was extremely strong and I really had to put the best out of me to win that fight. I am looking forward to the training camp next week here in the Czech Republic. I will try to repeat this result in Berlin next week-end. But my priority for this year is the [junior] world championship”.

Dmytro Raskin UKR triumphed in the -66 kg. In the final he produced an amazing ura-nage and scored ippon in the second minute of the fight. “Eventually I have managed to win the gold medal from the European Cup. So far I have won 5 bronzes but never a gold. I am happy that I have achieved this result here. Although the final may have looked easy it really was not. There are no weak opponents in a competition like this. I hope to repeat the same result in Bucharest.”
Nelson Levy of Israel was the best in -57 kg. In the final she pinned Dobrowolska of Poland and won the match well inside the distance. “It was a very tough competition today” Nelson Levy said. “Particularly the first fight against my opponent from Norway was very hard. Anyway I did not win a medal last week in Poland so I am very happy today. I hope that my country can be proud of me today.”

Azerbaijan is leading the men´s categories. Davud Mammadov won the gold in – 60 kg after defeating Carvalho of Brazil with waza-ari scored with sumi-gaeshi. “The last 30 seconds was extremely difficult for me”, Mammadov said. “I knew that I was leading but my opponent produced a couple of very dangerous attacks. I was very tired but I managed to keep fighting till the last second. I am very happy. I hope to do well in Bucharest, too”.
The tournament continues tomorrow at 10:00.

Hashtag: #JudoPrague2014 and #EJU
For the rest of today’s results visit: http://www.ippon.org/ecup_jun_cze2014.php