THREE MEDALS FOR EUROPEANS ON OPENING DAY IN CHELYABINSK 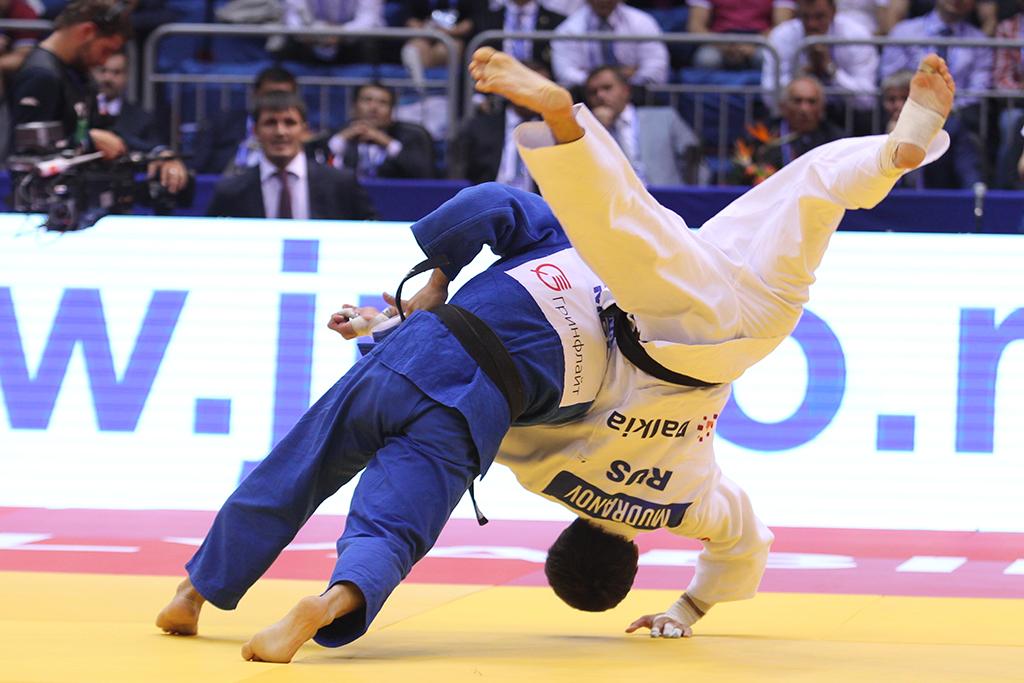 THREE MEDALS FOR EUROPEANS ON OPNING DAY IN CHELYABINSK

Beslan Mudranov’s silver medal in the -60kg category on the opening day of the World Championships in Chelyabinsk got host nation Russia off to a good start. In front of a partisan sell-out audience Mudranov led the charge for Russian medals. Mudranov had wins against Javier Guedez VEN, Pavel Petrikov CZE, Eric Takabatake BRA and Choi In Hyuk KOR, all of whom he defeated by ippon, before facing defending world champion Takato Naohisa JPN in the semi-final. The contest was a close one and Takato lost out to Mudranov by shido. In the final Mongolian Ganbat Boldbaatar proved tactically superior and it was Mudranov’s turn to lose on penalties. There was a bronze medal for Georgia’s Amiran Papinashvili who defeated Israel’s Artiom Arshanski in the bronze medal match. Arshanski led by yuko for a good deal of the contest before being countered for waza-ari with only a few seconds left on the clock. In the -48kg category Amandine Buchard FRA continued her progress in the senior ranks by taking a bronze medal. The 19 year old French star defeated current Olympic champion Sarah Menezes BRA in the second round before going on to lose to Paula Pareto ARG in the semi-final. Buchard’s bronze medal match was against Alesya Kuznetsova RUS which Buchard won by the single score of yuko.

For pics check out the gallery: http://www.eju.net/media/?mode=showEvent&id=1833