THREE WORLD TITLES ON THE CARDS FOR EUROPE 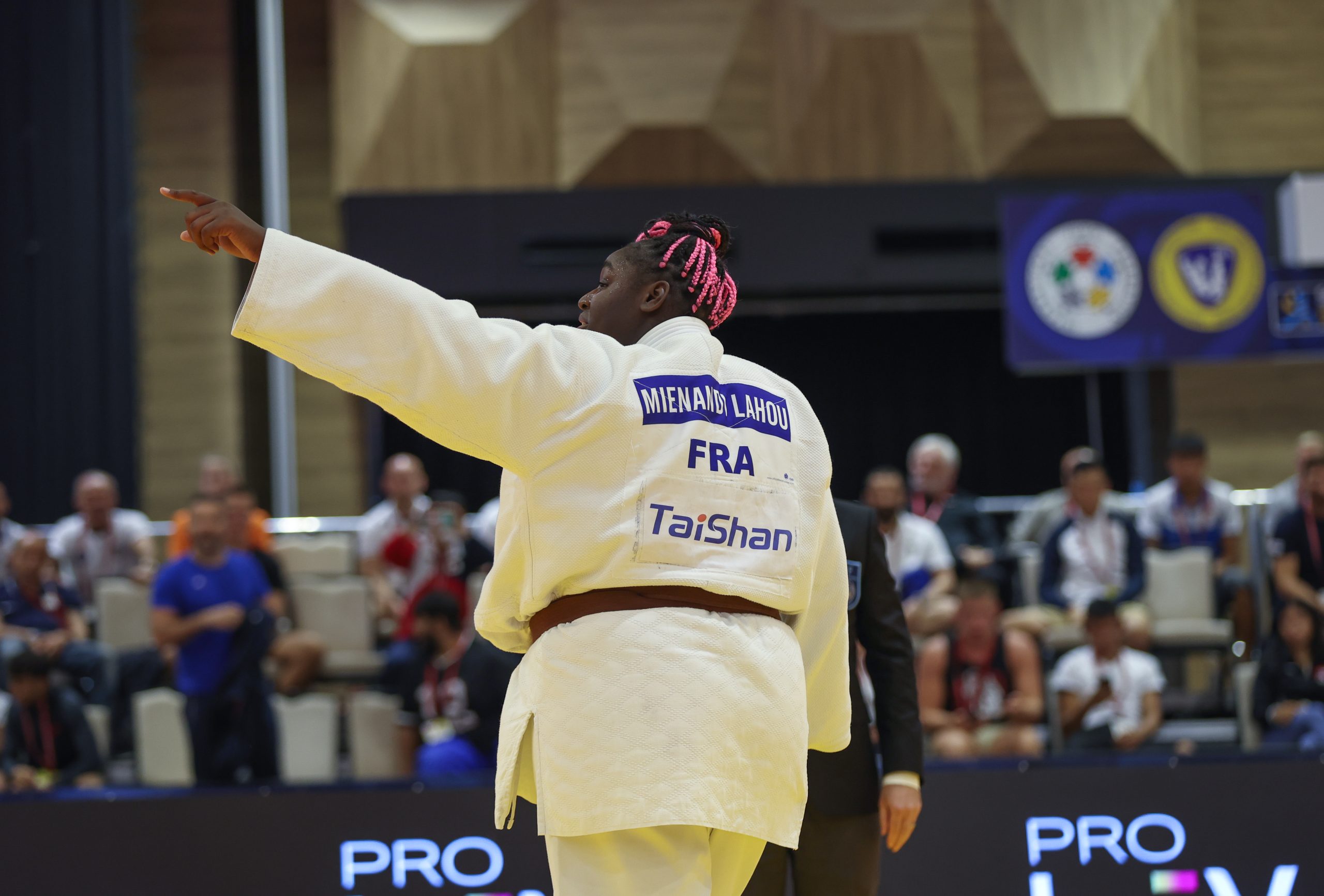 The last day of the individual competition saw the -90kg, +90kg, -70kg and +70kg battle it out for the last of the world titles on offer.

Number one seed and current European champion in the -90kg category, Milan BULAJA (SRB) gave great performances in his earlier rounds, with the first being the most difficult against Nodari ALAPISHVILI (GEO) going in to golden score. His supporters were certainly a boost in the crowd and even in the semi final, his opponent Abbos SHERMAKHMATOV (UZB) was on the back foot with two shidos, then he initiated sumi gaeshi in the second before time ran out to secure the win, much to Bulaja’s dismay, however he will still compete for bronze.

In the final with Shermakhmatov is KENDERESI Peter (HUN). Now Kenderesi has final experience from the cadet European championships where he placed second, losing out to Bulaja, but will now strive to make sure he comes out on top, arguably peaking at the better time.

In the -70kg category, Italy can boast yet more success with Serena ONDEI. The world ranked #5 secured a bronze in the European championships in Poreč and has gone one better by getting to the final here in Sarajevo. Her first two contests she managed well, but really struggled against Azhar ASKHAT (KAZ) in the semi final, venturing in to golden score and winning on penalties, nevertheless, her endurance ensured she became a finalist. She will compete against Uzbekistan’s Barchinoy KODIROVA for the title.

The +90kg top four seeds did not match their ranked abilities today, three of which went out in round two, and Kyrgyzstan’s Emirkhan ZHOLDOSHKAZIEV losing in the quarter final and unable to scrape back in through the repechage. Instead it is a final between Brazil and Canada, with Recep ERGIN (TUR) facing ARAI Dota (JPN) for the first bronze, and an all-Romanian bronze contest for Darius GEORGESCU and Bogdan PETRE. It is an unfortunate situation to find themselves, and is a repeat from the Europeans this year where Petre came out on top.

France will see a great head to head between their +70kg athletes in the final, number one and three seeds, Grace-Esther MIENANDI LAHOU and Celia CANCAN will be deciding who becomes world champion. The pair both medalled in the Europeans, a gold and bronze respectively, but Cancan was focussed more on the final today, defeating EYOF champion, Diana SEMCHENKO (UKR) in her semi final. Meanwhile, Mienandi Lahou took out NAKANO Mika (JPN) in her semi final which was based on shidos. Semchenko still has a chance to take bronze, while Jovana STJEPANOVIC (SRB) will compete for the other against Nakano.

As always, the final block will commence at 16:00 at live.ijf.org.