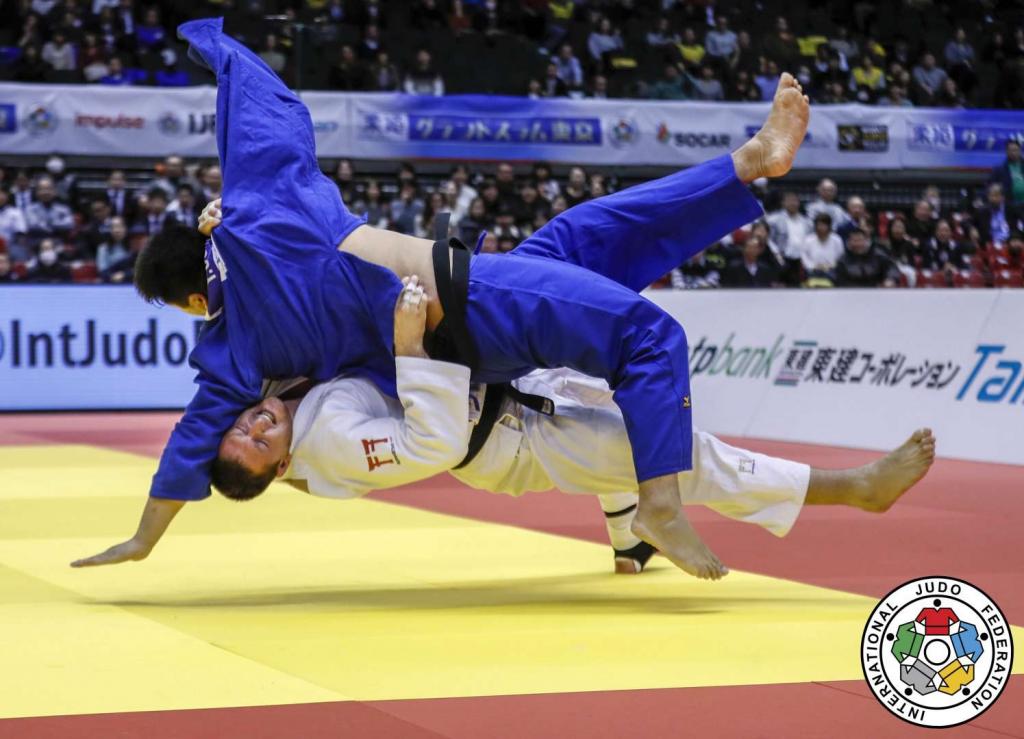 Day two of the Tokyo Grand Slam offered up plenty of excitement as host nation Japan sought to extend their domination. Mongolia’s OTGONBAATAR Uuganbaatar put paid to the idea of a clean sweep when he took the gold medal in the -82kg category defeating LEE Sungho (KOR) in the final. World number one Frank DE WIT Frank (NED) managed to take a bronze medal defeating Jonathan ALLARDON (FRA) in the bronze medal contest. In the -90kg category MARGIANI, Ushangi MARGIANI (GEO) collected a bronze medal defeating Eduardo BETTONI (BRA) by ippon in their bronze medal contest. It was not the best of days for number one seeds as Michael KORRELL (NED) fell at the final hurdle losing in the final to CHO, Guham (KOR) in the -100kg category. There were bronze medals too for CIRJENICS Miklos (HUN) and Toma NIKIFOROV (BEL). The +100 kg category saw Lukas KRPALEK (CZE) continue his climb up the IJF World Ranking List by taking a hard fought silver, losing out in an epic and memorable golden score final to Japanese youngster OGAWA Yusei (JPN). But for the Japanese women it was a total triumph ending an unforgettable weekend by taking all seven gold medals. In the -78 kg category HAMADA Shori (JPN), having earlier disposed of world number one Natalie POWELL (GBR) defeated Guusje STEENHUIS Guusje (NED) in an attractive final. The Dutch star still has a chance of ending the year as world number one if she does well at the World Masters in St. Petersburg in a couple of weeks. Audrey TCHEUMEO (FRA) also came away with a bronze medal defeating team mate Madeleine MALONGA in an uneventful bronze medal contest.