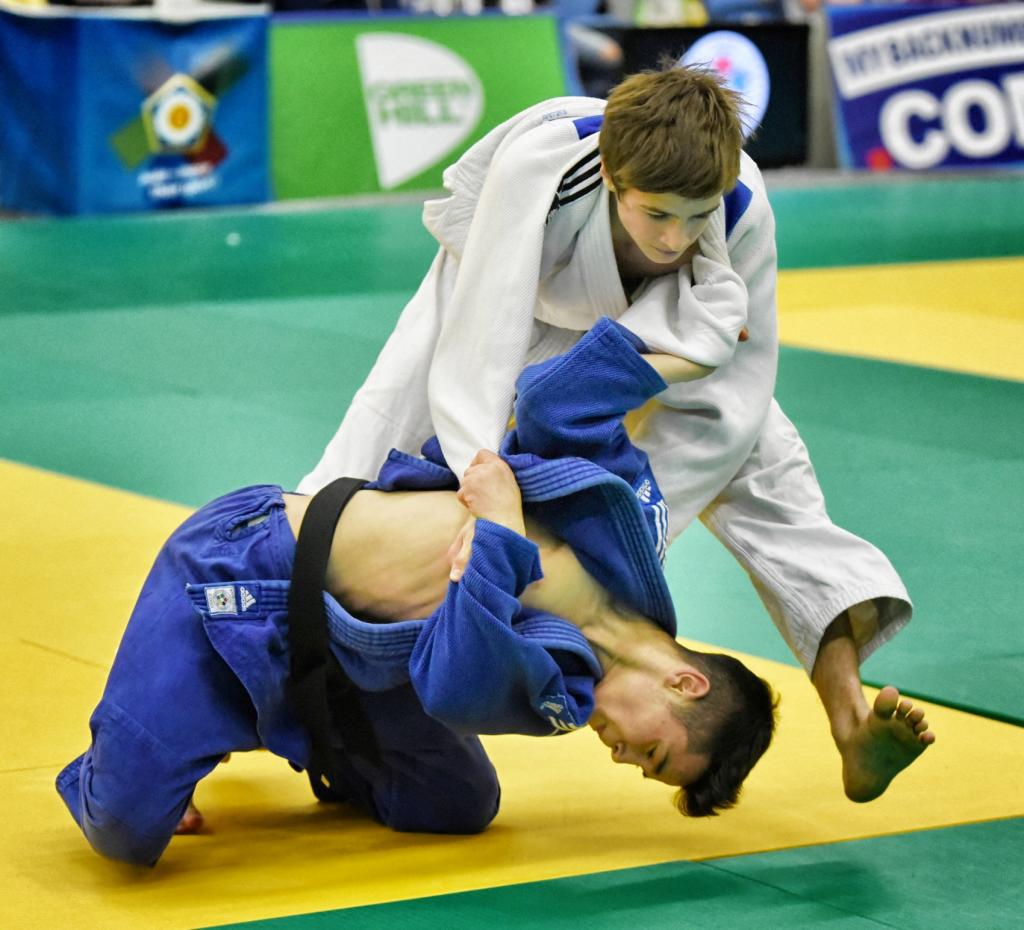 The Czech’s biggest hope, Tomas Binhak, performed extremely well in the -50kg category in front of the home crowd. On his way to the final he defeated all his opponents by ippon. In the final match he defeated D´Angelo from Italy in the golden score and became the first Czech winner of the Cadet European Judo Cup held in Teplice.

“The final was extremely tough”, Binhak said. “I fought D´Angelo in Zagreb where I arm-locked him. However, he did his homework and was well prepared. I am extremely happy to win my third consecutive European Cup medals this year and to win one of them here in Teplice is amazing”.

14-years old Ukrainian judoka, Daria Bilodid, may follow the career her father Gennadiy, who won the European Championships in 2001 and 2003 in the -73kg category. She has proved that her victory in Zagreb in the -44kg category was not any coincidence and won her second European Cup in style. In the final, she scored waza-ari with a greatly executed o-uchi-gari and later she added a yuko on the score board with the same technique. She then followed her actions in ne-waza and finished the final by shime-waza. “I am extremely happy”, Bilodid said. “I have just started in cadet category and managed to win two European Cups already. I will do my best to prepare well for the European Championships and hope to win a medal there too.“

In the first final of the day in the -40kg category Grulich of Germany defeated Marin of Romania with seoi-nage for yuko, whilst Beder of Turkey dominated the -48kg category. In the final she countered her opponent three times for yuko score before ending the contest by two waza-ari.

In -55kg final Samotug of Ukrain pinned Colomb moron Israel and despite of being waza-ari down he won the final.
Similar action was followed in the -52kg where the Croatian fighter, Topolovec managed to turn around the result. She was also a waza-ari down but managed to score waza-ari in the last minute and won the contest with an additional yuko she scored earlier.

Lomardo of Italy is a great talent of the Italian judo team and he proved his abilities in Teplice. In the -60 kg final he scored two stunning waza-ari with sutemi-waza actions.
The last final of the day was in the -66kg Shani from Israel defeated Jurkovic of Slovenia by throwing him for waza-ari followed into kesa-gatame.

687 young athletes from 33 counties are competing throughout the weekend at the Cadet European Cup in Teplice, Czech Republic. The tournament continues tomorrow at 9:00am local time.