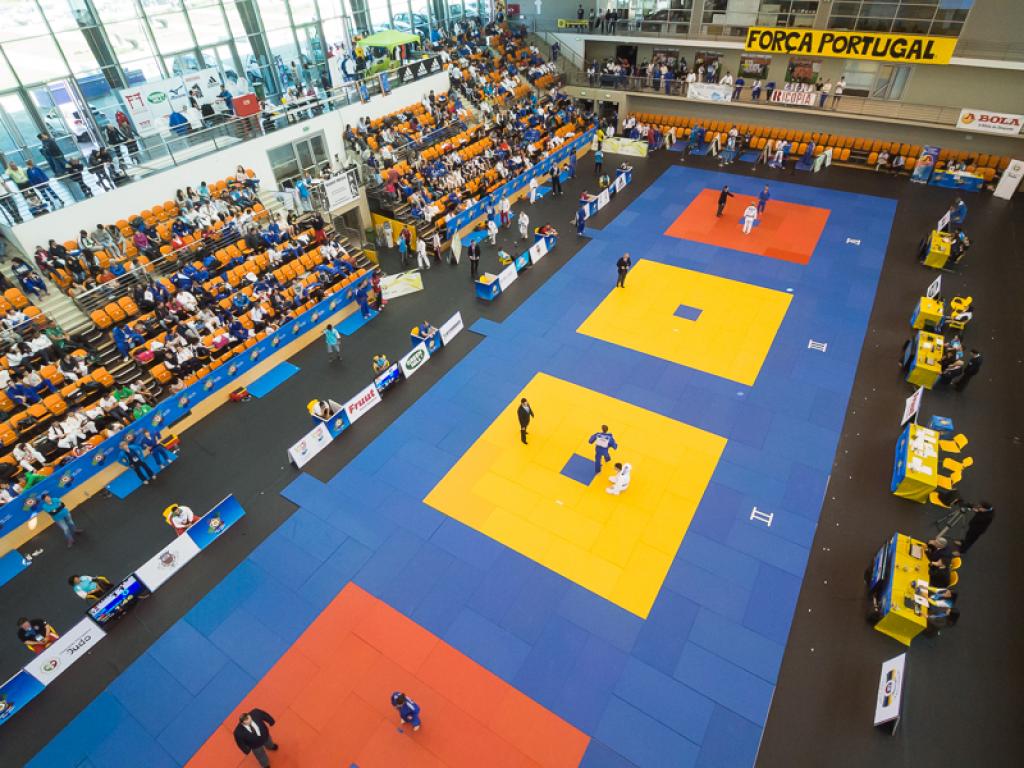 What a great day of judo we experienced at the European Cup for Cadets in Coimbra! A day of fierce duels, the house packed with cheering crowd and with emotions going through the roof!

The German team dominated girls competition and claimed three gold, three silver and three bronze medals. In the boys division was the Azeri team that showed 100% of effectiveness, reaching finals in every weight category. In the end, the young judoka from Azerbaijan finished the first day of the competition with four gold medals, one silver and one bronze, including the gold of Leyla Aliyeva in the young women under 48kg category. Local crowd was pleased with the performances of Joana Fernandes in the under 52 kg category and David Reis in the under 66 kg, who finished the competition in the 5th place in a field of 49 judoka. In the bronze medal match Fernandes was not able to overcome a strong opponent from Slovenia Andreja Leski, whereas Reis was defeated by powerful Ippon of Marton Sarecz from Hungary. Hidayet Heydarov won the competition. The second victory this year for the European Cadet Champion. The final fights confirmed a high level of European judoka, with special highlight for the under 52 kg and under 60 kg category matches. Great performances of the finalists of that categories: German girls Barbara Ertl and Catrin Schoppen, and boys Murad Heydrli from Azerbaijan and Neil Macdonald from Great Britain, whose fights kept the spectators at the edge of their seats. Also special was the gold medal by Italian Manuel Lombardo who defeated Cadet World Champion Natig Gurbanli (AZE) in the final. Another Italian talent in the light weight class. Watch the photos in our media gallery