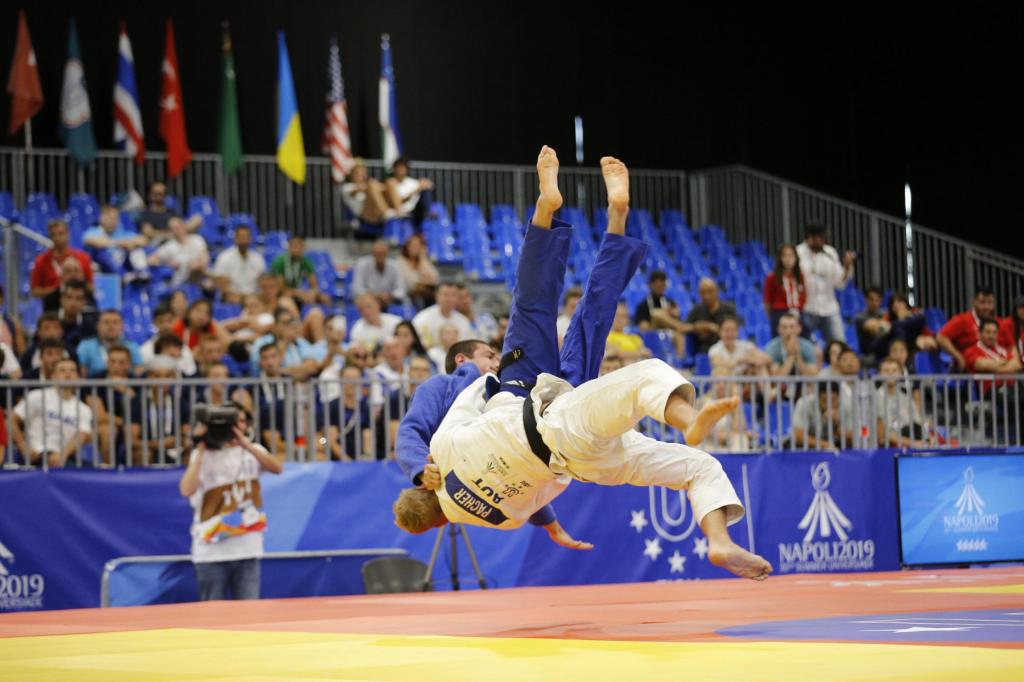 The 30th Summer Universiade, Napoli 2019 had their grand opening ceremony on the 3rd of July, welcoming over 6000 athletes from over 100 countries around the world. It was a tremendous event, the producer-director of the ceremony was none other than creative director Marco Balich, who has contributed to over many Olympic events, his company was also in charge of the Torino Olympic ceremonies 2006, Sochi 2014 and Rio 2016. The judo events took place between the 4th and 6th of July, the heavier categories taking precedence on the first day.

Though Europe missed out on the gold medal in the -70kg category, the continent scooped up the rest of the medals. Madina TAIMAZOVA (RUS) took a hard earned silver and bronze medals going to Hanna ANTYKALO (UKR) and multiple European Open medallist, Sarah MAEKELBURG (GER). Johannes PACHER (AUT) has medalled in European Cup events as well as Military, but really left his mark in this Universiade, beating the 2018 World Junior Champion, Lasha BEKAURI (GEO) in the final for gold. World and European silver medallist, TOTH Krisztian (HUN) also stood on the podium to take a bronze medal having fought right through the repechage following an earlier defeat.

In the open categories, Baku Grand Slam silver medallist, Ruslan SHAKHBAZOV (RUS) stormed through his opponents for the title, the remaining European victories went to Mukhammadkarim KHURRAMOV (UKR) in the +90kg category and in the +70kg, Sebile AKBULUT (TUR) and Anna GUSHCHINA (RUS), all with a successful bronze.

Carrying the torch for Europe in the -81kg weight class was Tato GRIGALASHVILI (GEO). At only 19 years old, GRIGALASHVILI has exceeded expectations this year taking a bronze at home in the Tbilisi Grand Prix and later stepping up to take bronze in the Baku Grand Slam.

In the -73kg category on the second day, Evgenii PROKOPCHUK (RUS), who has taken his place on the international stage this year, with a European Open silver and a bronze in his IJF world tour debut, the Ekaterinburg Grand Slam, managed a surprising defeat against Hidayet HEYDAROV (AZE) in the final during golden score. The multiple European Championship medallist defeated PROKOPCHUK earlier this year in the Hohhot Grand Prix.

Team Russia up to this point had taken a medal in six out of eight categories, including both of the women’s on day 2. Kamila BADUROVA (-63kg) and Natalia GOLOMIDOVA (-57kg) both have a collection of achievements in Continental Open tournaments, but haven’t been seen on the circuit for a couple of years, going to show they haven’t lost their abilities on the tatami. Europe had to accept defeat in the women’s finals as Japan took gold in both, however, Gaetane DEBERDT (FRA) and Geke VAN DEN BERG (NED) showed true class as they made their way to their respective finals. DEBERDT has been showing great promise, taking the title of multiple European Cup and Continental Open tournaments this year, and VAN DEN BERG taking two Grand Prix medals in both Marrakech and Tbilisi. The 24 years old student of dental hygiene said:

I already competed against my opponent in the past and I think I had more losses than wins; this time, even if it was tough, I overcame the challenge.

The 6th of July marked the end of the individual judo events of the Napoli Universiade, finishing with the women’s -52kg and men’s -66kg categories.

Daria BOBRIKOVA (RUS) held the torch for Europe in the -52kg category as the gold medal went to TAKEDA Ryoko of Japan, silver to PARK Da-Sol (KOR) and the second bronze to the 2019 Asian Pacific Champion Diyora KELDIYOROVA (UZB). Denis VIERU (MDA) recovered following his unlucky exit in the European Championships a couple fo weeks ago, narrowly missing out on the bronze medal in the -66kg category. The Paris and Baku Grand Slam Champion proved his abilities once again by taking his place on top of the podium. Russia once again demonstrated their depth of talent in the team, with a final bronze medal from Ismail CHASYGOV.

The event concluded with the team event, the men’s results were as follows; gold – Russia, silver – Republic of Korea, bronze – Azerbaijan and Japan. The women’s Russian team managed a medal position by taking the silver, losing out to eventual Champions, Japan. The bronze medals then went to Germany and the Republic of Korea. 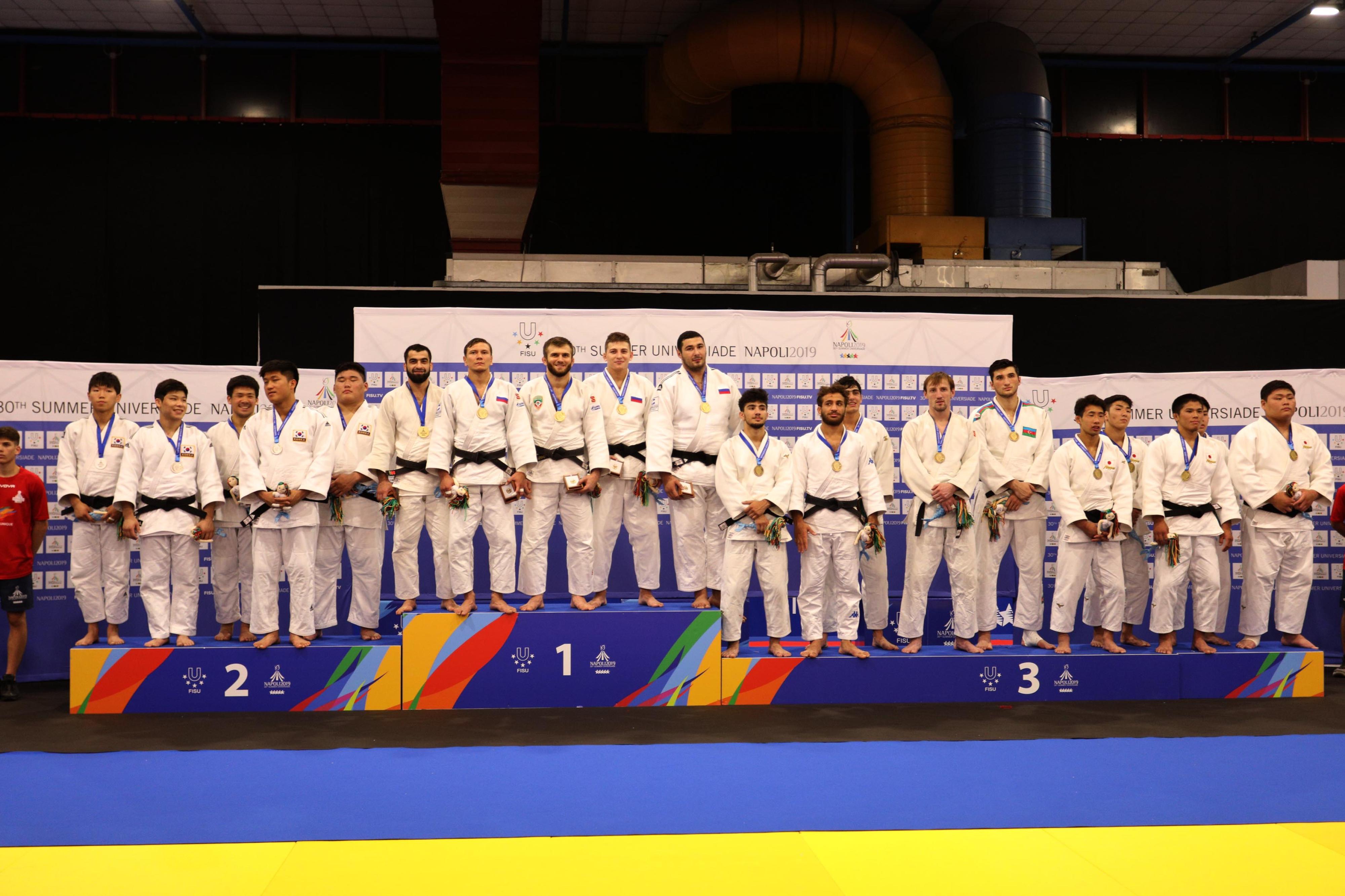 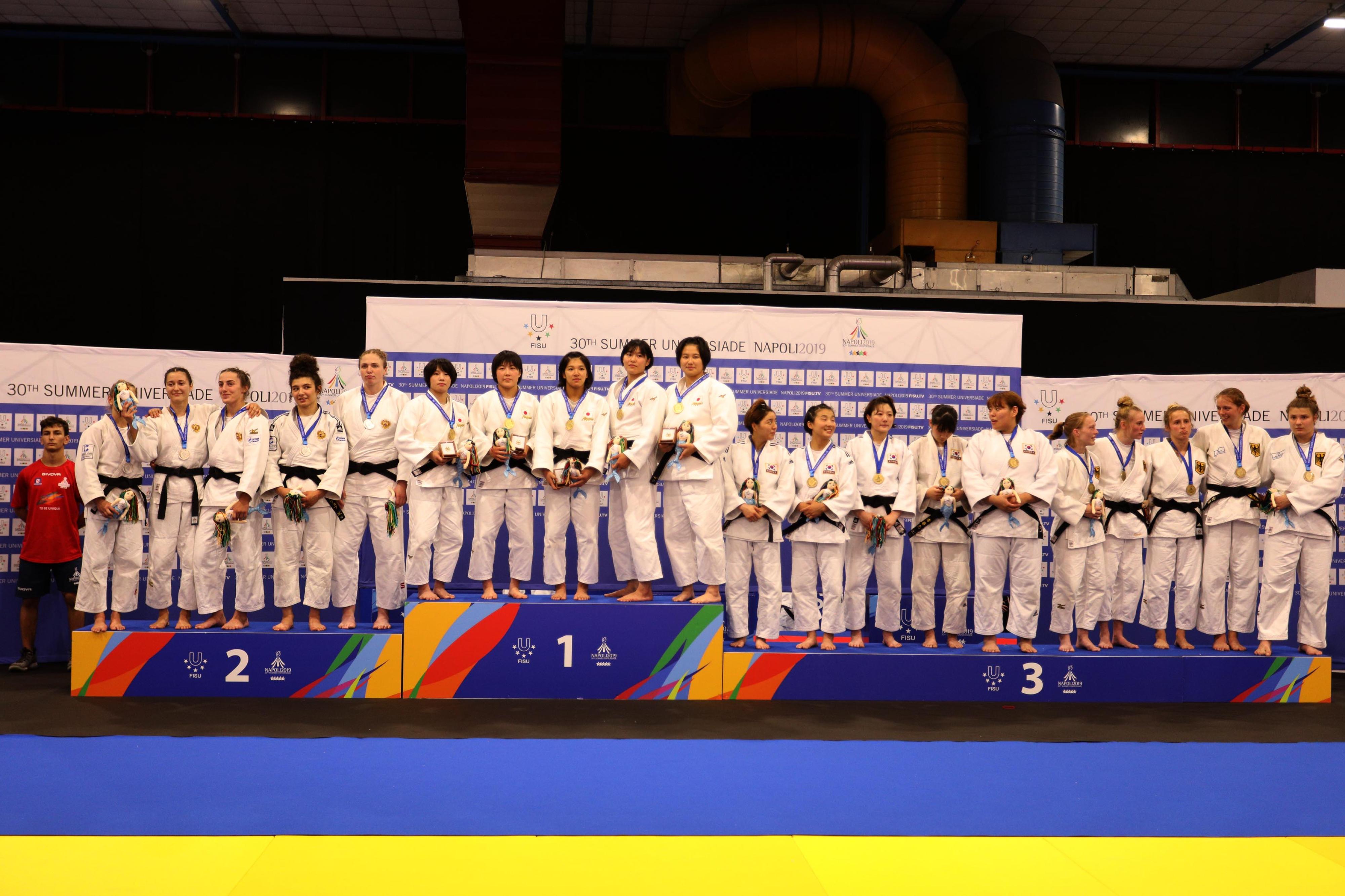