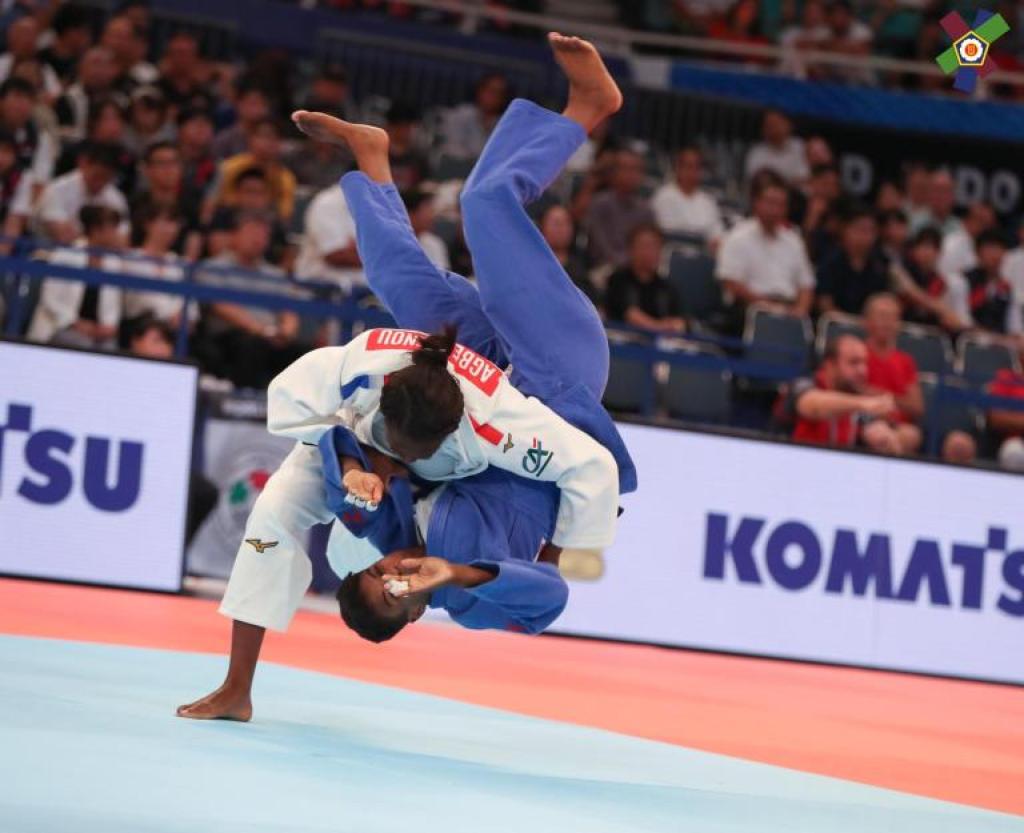 The #1 seeded athletes have found their way in to the semi final contests, but this is no surprise for three-time World Champion, Clarisse AGBEGNENOU (FRA). The European continent has nine athletes all fighting for a medal place today, but who will snatch the title?

With a winner always comes a loser and unfortunately some of Europes top athletes were eliminated early on including Frank DE WIT (NED) who made an exit this morning against Medickson DEL OBRE CORTORREAL (DOM), it was a harsh repeat of the 2018 World Championships for the Dutchman as they drew each other first fight as well and the win went to the Dominican.

Luka MAISURADZE (GEO) had a tremendous day, defeating Vedat ALBAYRAK (TUR) in round two, quite a feat for the young Georgian as ALBAYRAK took a bronze in both the World Championships and IJF Masters last year. He then moved past the difficult Mongolian, OTGONBAATAR Uuganbaatar to take his place in the fourth round against 2018 European silver medallist, Sami CHOUCHI of Belgium. Unfortunately the quarter final was lost to Mohamed ABDELAAL (EGY) and he will now fight in the repechage.

Double European Champion, Sagi MUKI (ISR) took his place in the semi final with relative ease in the preliminary contests, all by ippon and in under two minutes. With a strong following carrying him, he will face ABDELAAL in the semi final of the -81kg category, one step closer to his potential first World medal.

On the other side of the draw, current World Champion will be a tough opponent for his European opponent, current European Champion Matthias CASSE (BEL). It was a very close quarter final for CASSE and Dominic RESSEL (GER), fighting three minutes in to golden score. The German was forced to miss out on the European Games this year due to injury but has come back strong, this contest was unfortunate and was caught with a perfectly timed seoi nage.

As predicted, the unstoppable force of Clarisse AGBEGNENOU (FRA) was felt by all of her opponents in the preliminaries, none of whom seemed to put too much pressure on the three-time World Champion who will face Juul FRANSSEN in the semi final. Her bid for a fourth European title is strong and if successful against the Dutch, could face a repeat of either her Olympic final Tina TRSTENJAK (SLO) or 2018 World final with TASHIRO Miku (JPN).

The final block will start at 7pm local time. Watch live at live.ijf.org