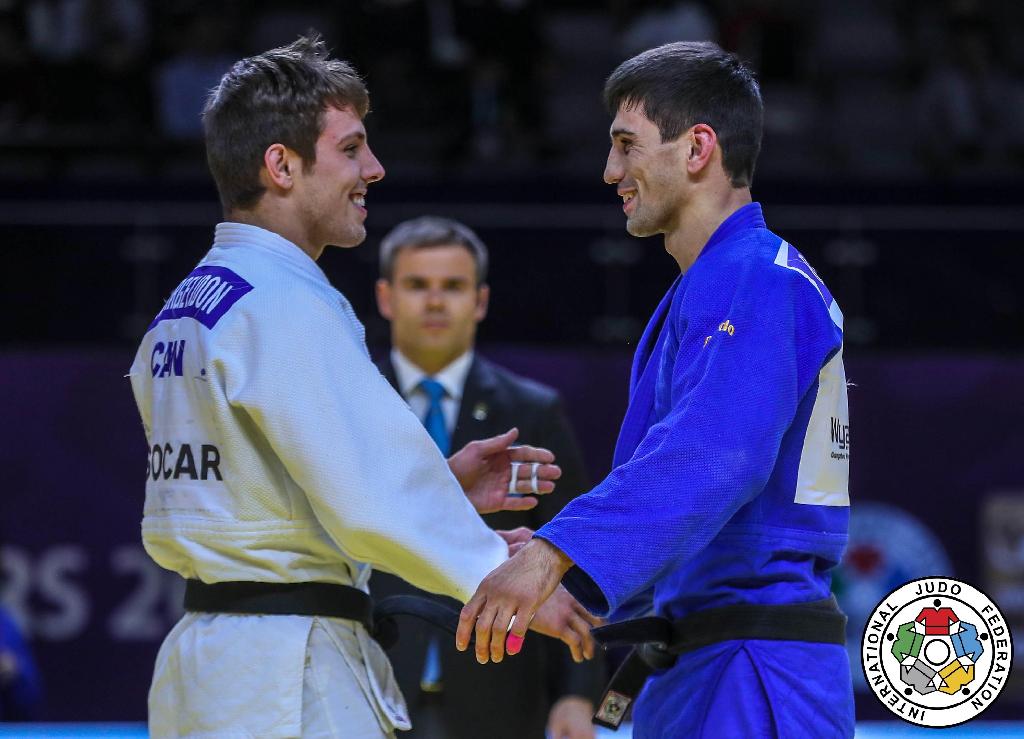 The last leg of the IJF Tour once again takes the top athletes in the world to China for the prestigious Masters event.

Between the 12th and 14th of December the top 36 ranked athletes in each weight category will be invited to compete at this highlight event.

Following the World Championships in Tokyo this year, it will be great to see our European title holders returning to the tatami including the French triple threat, Clarisse AGBEGNENOU, Marie Eve GAHIE and Madeleine MALONGA.

AGBEGNENOU has continued to perform at the top of her game and will be returning to China to retain her Masters title.

The only #1 ranked athletes from Europe that will miss out in China are Daria BILODID and Guram TUSHISHVILI. With the Ukrainian World Champion out of action, Distria KRASNIQI (KOS) comes in as the #1 seed, returning to China to keep her Masters title.

Rustam ORUJOV (AZE), Nikoloz SHERAZADISHVILI (ESP) and Varlam LIPARTELIANI (GEO) have all had to accept defeat this year but the Masters gives these #1 seeds the opportunity to finish the year on a high and keep their positions in their respective weight  categories.

There will be an increased pressure on the athletes this year to make sure they reach the highest seeding position entering the final months of Olympic qualification to ensure the best possible chance of taking home a medal in Tokyo 2020. That isn’t without the threat of fast-improving athletes coming up, still chasing their Olympic dream.

One of these rising stars is Eteri LIPARTELIANI (GEO) in the -57kg category. The young athlete has dominated the Junior circuit, winning in both the European and World Championships, as well as taking her team to the podium. An U23 European title shortly followed, as well as her debut in the European Club Championships where, once again, she was a key element in her team, earning a podium position once again. All of her recent success came after a phenomenal performance in the Zagreb Grand Prix where she picked up a bronze and her first IJF Tour medal. It looks to be a promising start for the Georgian women’s front.

With only two days to go, the exciting event is on everyones radar and anticipate a dynamic event from the best in the world.