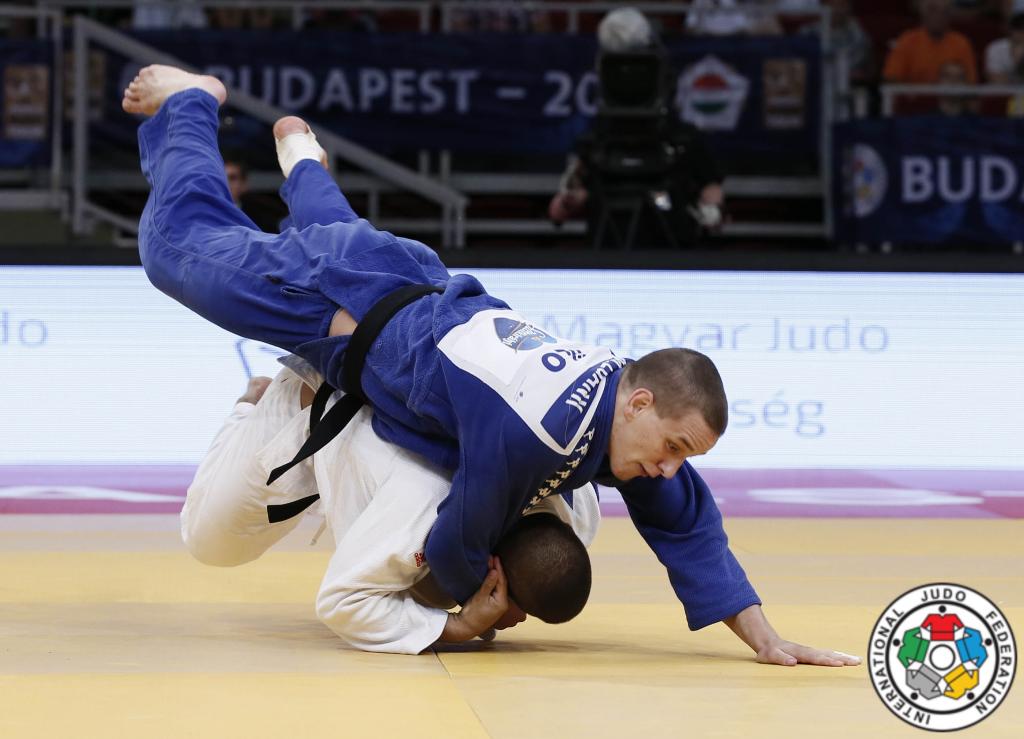 Hungarian fans got what they asked for as TOTH Krisztian (HUN) lived up to top billing in taking the gold medal in the -90kg category on the second and final day of the Budapest Grand Prix.

After a first round bye Toth’s opening opponent was OTSUJI Kota (JPN). The Japanese proved a tough draw and the contest went into golden score where Toth scored a waza ari with uchi mata. In the quarter final Toth faced Li KOCHMAN (ISR) and for the second time Toth was taken into golden score. This time a single shido awarded to Kochman for passivity was enough to put Toth into the semi final. The new at -90kg Max STEWART (GBR) was Toth’s opponent. But the British fighter found it tough going against the more powerful Toth and he succumbed to a neatly executed shime waza. In the final it was the turn of Mihail ZGANK (SLO) to attempt to halt the Hungarian. But the force was with Toth and the home favorite threw the Slovenian twice with ippon seoi nage to take the gold medal.

Asked about his apparent calm throughout the day Toth said, “I was really happy to be competing in Budapest despite being under a good deal of pressure from the expectations of the home supporters. But competing in Budapest also means only a 15-minute car ride for me. Long distance travel is hard on competitors so I guess my opponents had things a little bit more difficult than I did.” With regard to what comes next Toth answered, “That is it for me as far as competitions before the Olympics are concerned. I will however be attending the training camps in Castelldefels and Paks as final preparation.”