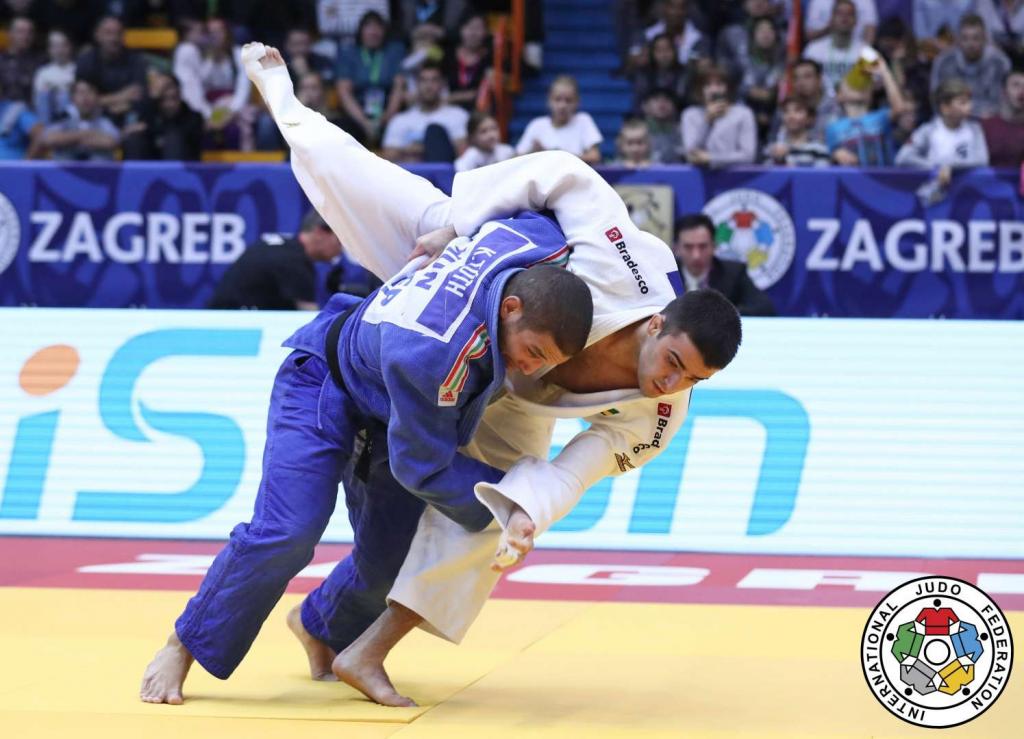 TOTH Krisztian (HUN) will climb further up the top ten ladder of the IJF World Ranking List after his gold medal winning performance in the -90kg category on the third and final day of competition at the Zagreb Grand Prix. Seeded number two, Toth had a first round bye before facing Bosko BORENOVIC (SRB), the Serb putting up strong resistance before eventually succumbing to Toth’s morote seoi nage. In the quarter final Toth came up against KOBAYASHI Yusuke (JPN) to whom the Hungarian had lost at the junior world championships in 2013 in their only previous meeting. This time around it was Toth who emerged victorious when, after 2:30 of golden score, Toth threw Kobayashi with ko soto gari for ippon. Toth’s semi final opponent was Nicholas MUNGAI (ITA). Once again the Hungarian was taken into golden score where this time he employed a neat right sided uchi mata left ko soto gari combination to score waza ari and take his place in the final. Rafael MACEDO (BRA) stood in the way of Toth’s gold medal path and when the Brazilian attacked with o uchi gari Toth moved swiftly, stepping off to counter with a huge o goshi for ippon and the gold medal.

When asked about choosing to compete so soon after the world championships Toth said,

“I was eager to compete here in Zagreb as I have won this Grand Prix twice before. I knew that the draw here would be nowhere near as hard as the draw at the world championships last month. Nevertheless, I still had to face some very tough opponents including Kobayashi to whom I had lost previously. I’ll talk with my coach to decide whether I will compete next in Abu Dhabi because at the moment that is the plan.”