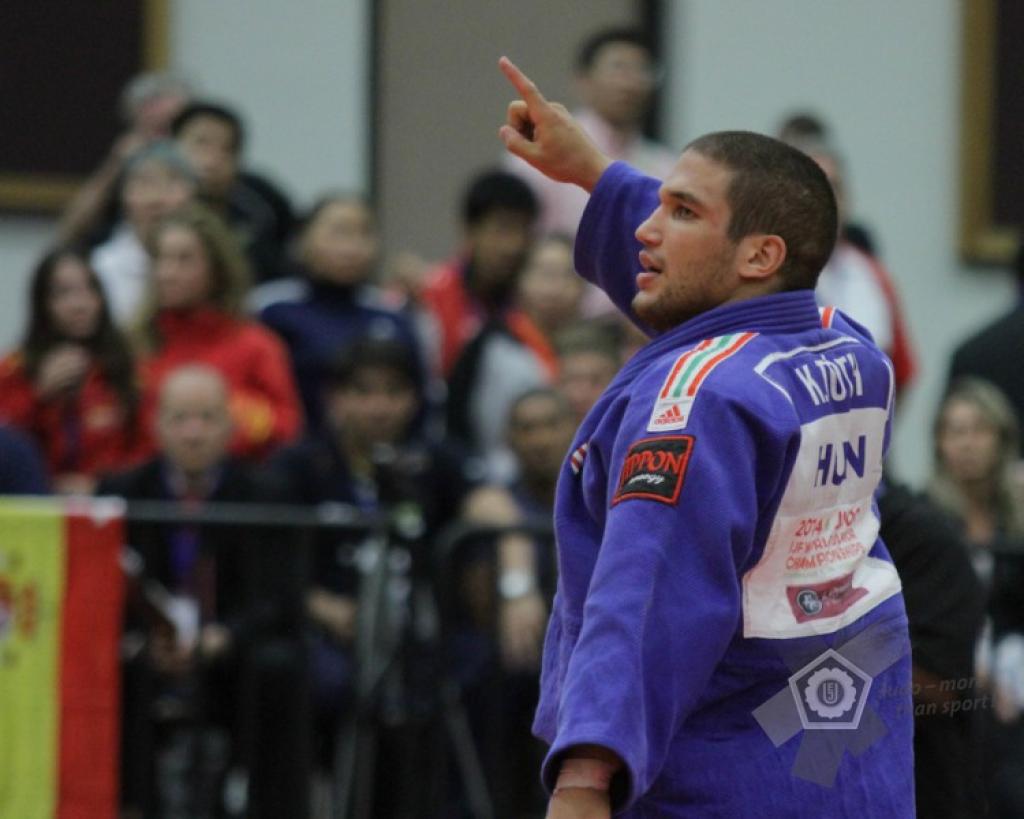 Despite a year of huge success Toth Krisztian HUN finds himself in Wroclaw for the -23 European Judo Championships eager for yet more silverware. Ignoring calls from some quarters for Toth to take a break the 20 year old Hungarian appears as keen as ever to test his considerable skills against all-comers. Toth’s biggest challenge, if he makes it past his first round opponent Georgian Teimuraz Khachidze, will likely be double junior European champion Khusen Khalmurzaev RUS the pair never having fought previously. Toth will look to defend his -23 European title and may yet decide to take part in the Asia Tour at the end of the year.

Other names to look out for are junior and cadet world champion Irina Dolgova RUS in the -48kg category where the young Russian comes up in the opening contest against double junior European champion Borislava Damyanova BUL. In the -52kg category 2013 junior world champion Sapho Coban GER may face 20 year old Italian power-packet Odette Giuffrida the current junior European champion.

In the +100kg last year’s silver medallist Daniel Allerstorfer AUT faces a stiff opening first round where he is drawn against former cadet and junior world champion Anton Krivobokov RUS. Things could be a little confusing for some judo followers with three sets of brothers competing here in Wroclaw. Armenia has Garik and Gor Harutyunyan at 60kg and 66kg respectively, whilst Georgia has Giorgi and Ramazi Gugalashvili at 60kg and 66kg. For Russia it is the brothers Khalmurzaev, Khasan and Khusen at 81kg and 90kg respectively.

The competition will be streamed live on: http://www.eju.net/calendar/?mode=showLiveTransmission&id=1875