Traditional strong judoka at European Cup for Juniors in Berlin 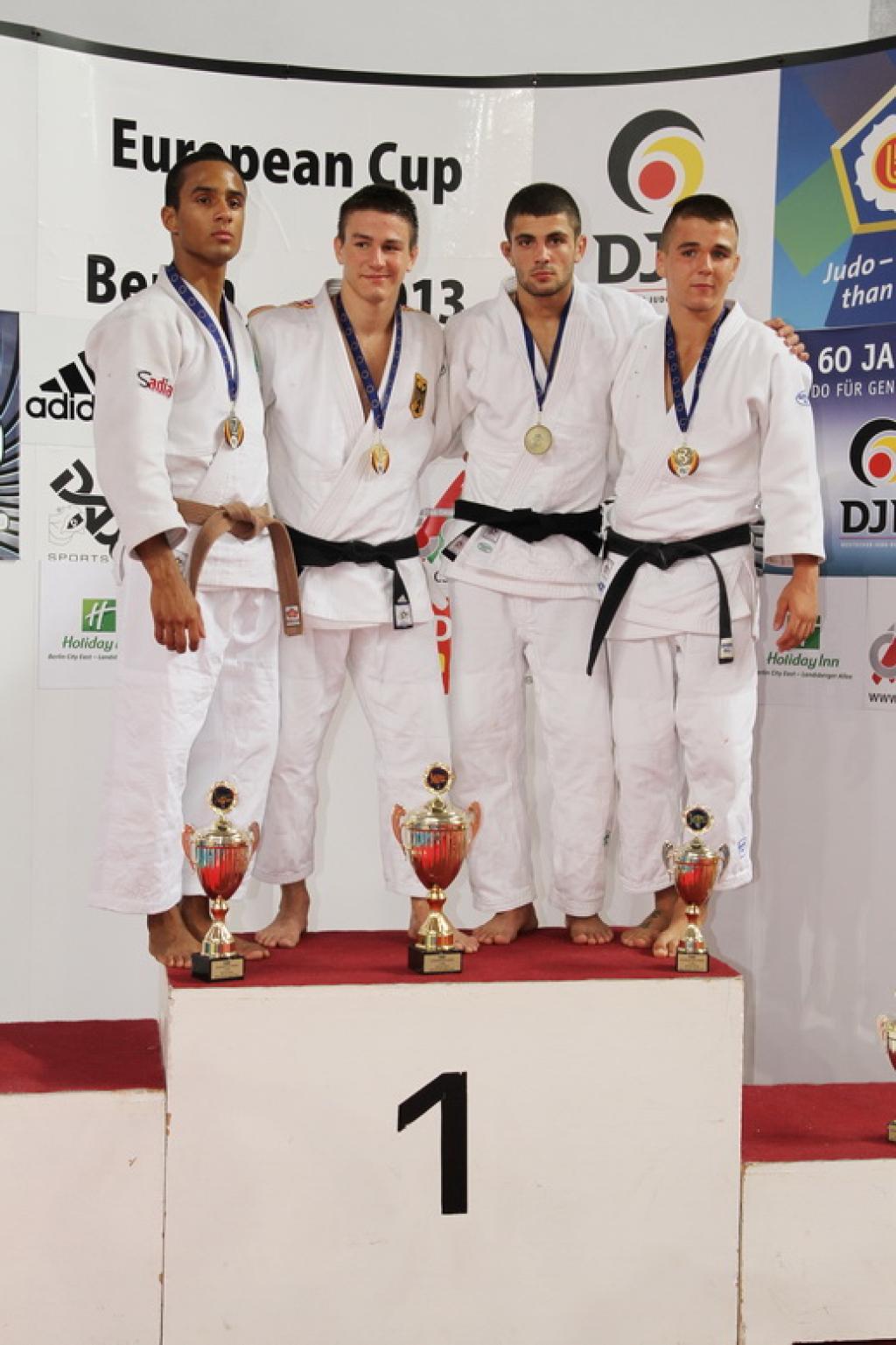 At the European Cup for Juniors in Berlin the medals were distributed in a nice way, only Romanian was the nation that won two gold medals, seven other nations celebrated a victory as well. Host nation Germany was happy to see Anthony Zingg grabbing the title U66kg, a category with 59 participants. In the final he defeated strong Brazilian judoka Ricardo Santos Jr. Zingg won all his six fights and defeated the surprising good Martin Vegvari (HUN) who had an excellent day in Berlin. Vegvari claimed the bronze as well as European Champion Georgios Azoidis (GRE).

The U66kg was not even the pedigree with the most participants, this was U73kg with 65 judoka. Visan Vlad was the surprising winner. In the final he won relatively easy when his Canadian opponent Arthur Margelidon was disqualified by direct hansomake after giving the intention to push away his opponent after mate.  Magomedramazan Gazaev (RUS) and Levan Gugava (GEO) won a bronze medal.

Azerbaijan won a gold medal thanks to the performance of Mehman Sadigov. He defeated all his opponents and Akos Bartha (HUN) in the final U55kg. Alex Ferariu (ROU) and Vitor Torrente won bronze.

Turkish Ahmet Sahin Kaba made a very strong impression U60kg winning in today’s hot circumstances. In the hall the temperature had risen to at least the outside temperature of 36 degrees, a very hard environment for the ultimate last European Cup Tour of the season. Kaba adjusted the best to the temperatures but also showed a skilled and driven motivation with strong judo. It shows that also Turkish men’s judo in the lift. Two weeks ago Turkey also won the EYOF title by Islam Abanoz.

Irina Dolgova wasn’t ranked in advance, but for sure one of the favourites to win in Berlin, and she did. The Russian super talent defeated all her opponents, and in the final Anna Dmitrieva (RUS) at last. The speed, power and foremore the superb groundwork that Dolgova showed made the difference.Cristina Budescu won her second medal of the season which makes her the most successful junior athlete of Moldova.

Romania saw her talent Alexandra Florian taking the gold medal. Not just the gold, the way she defeated her opponents was impressive, almost too easy she defeated French Julia Rosso in the final, stating that she is a serious candidate for the European title in Sarajevo, or even more this year in Ljubljana (SLO).

Roxana Ioanca picked up a good bronze medals for Romania.

Amelie Stoll was the only German young woman to win a medal for the home team, this is surprising as the German’s have a wealth of international talent. U57kg it was Fabienne Kocher who stated that she is ready to claim the European title in this competitive category. More than a year she was very strong in her category, but this year Berlin was her first sign that she could continue her gold path of Lyon in May to perhaps more than the two bronze European Championships medals she has collected so far in her career.

Kocher defeated Catherine Beauchemin-Pinard in the final after getting waza-ari in an early stage. Kocher hold the lead and took the gold.

Watch the photos of Berlin in our media gallery.