TRAINING CAMP IN PRAGUE BRINGS CZECH AND SLOVAK ATHLETES TOGETHER 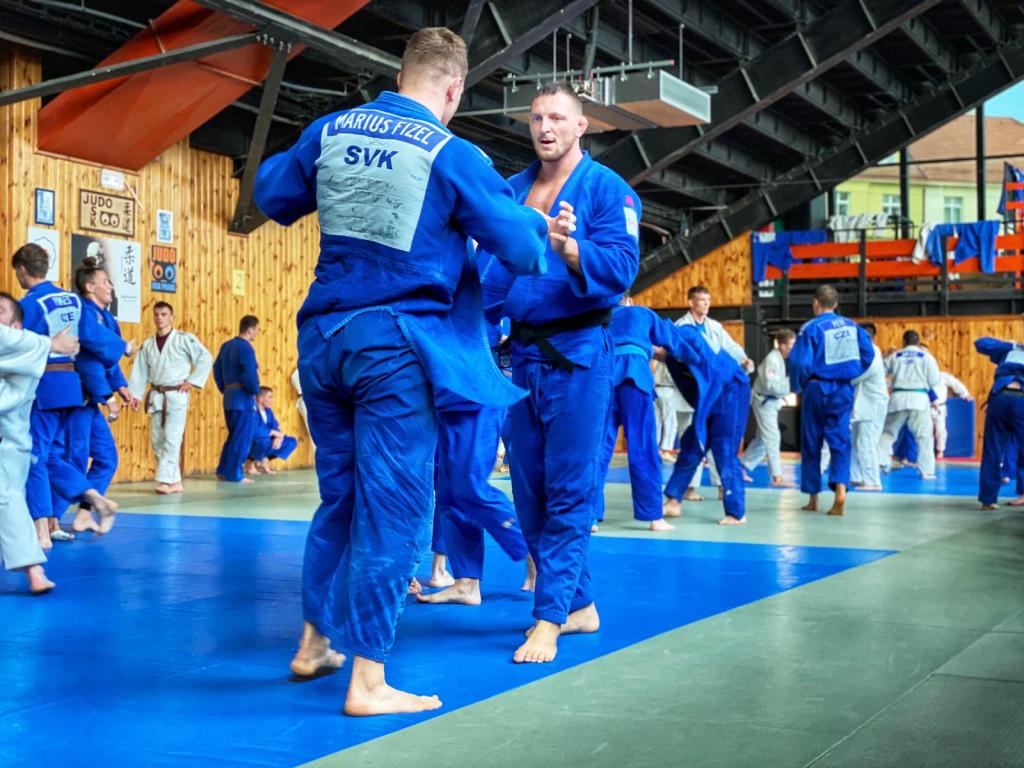 I am happy here, because the Czech have very strong judokas in under eighty one and ninety. I use mainly experienced athletes from the Czech national team,“

Coach of the Slovak junior national team, 2004 Olympic silver medallist, Jozef Krnáč, came to Prague. He began his international career just after the division of the Czechoslovak Federation. The 42-year-old coach said,

I still say ‘Czechoslovakia’ because I still see it as one country. We are participating in the second training camp together with Czech judokas, it is great for everyone, both for us and for them.

The Olympic Champion from Rio de Janeiro, Lukáš Krpálek, wasawas excited about the event in Prague, able to fight more opponents on the mat.

The Slovaks have good heavy weight guys here and I must say that they have become extremely strong lately. I am glad that we have this opportunity and that we can train together. And honestly, I’m really looking forward to the competitions when it starts again.

During the one-week training camp in Prague, judokas also played a friendly match in beach volleyball on a special court on the Vltava river.