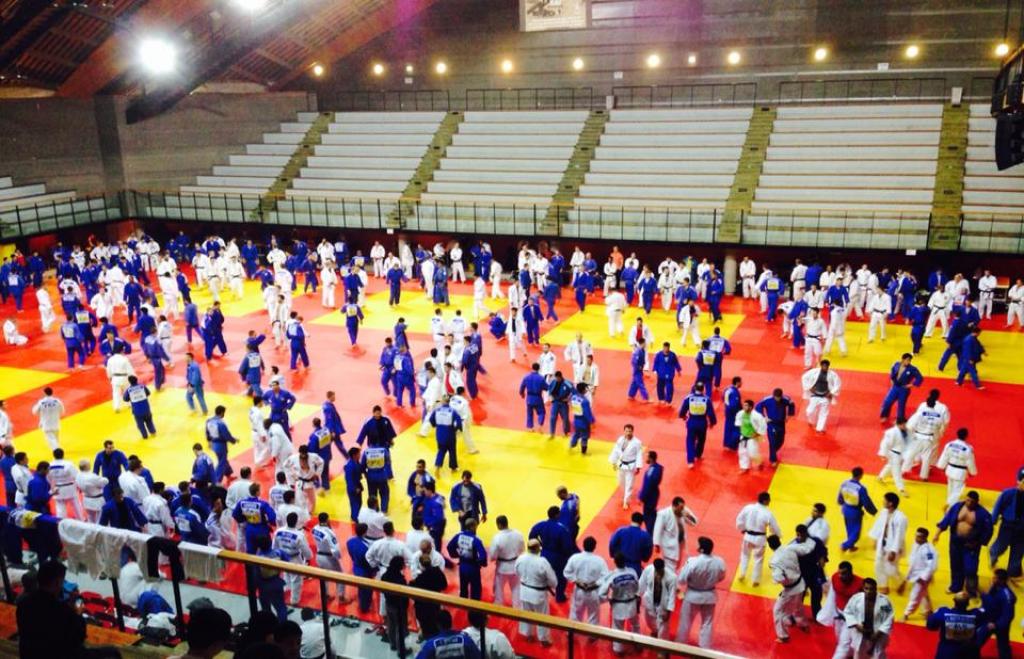 Hundreds of judo players were attending at the Paris GS training camp this week filled up with plenty of heroes of the judo world. Olympic Champions, World Champions and European Champions were battling on the tatami each day.

Olympic Bronze medallist French judoka, Audrey Tcheumeo said: “The training camp was really good. Paris training camp is different, it is special because we have everyone here from all over the world to practice with. Personally I am happy, it went well, especially with the fact that before the Paris grand slam tournament I had fever with 41C and I was very sick, so I am happy to be back in shape slowly.” Now, World number two Teddy Riner also returned on the mat after missing out on trainings for several months due to a shoulder injury. Most of the players are competing back to back for five weeks in Europe. Returning from the Dakar Rally, Hungarian Olympic Silver medallist, Miklós Ungvari also shared his view about the camp: “I could feel the month gap I have been taken due to the Dakar. By the third day I got really tired because I haven’t been training but as always, Paris training camp is great with full of quality players to train with.” The European tour continues and the next destination will be Rome for the women and Oberwart for the male judoka. Watch the preview of Oberwart here: Watch the preview of Rome here: