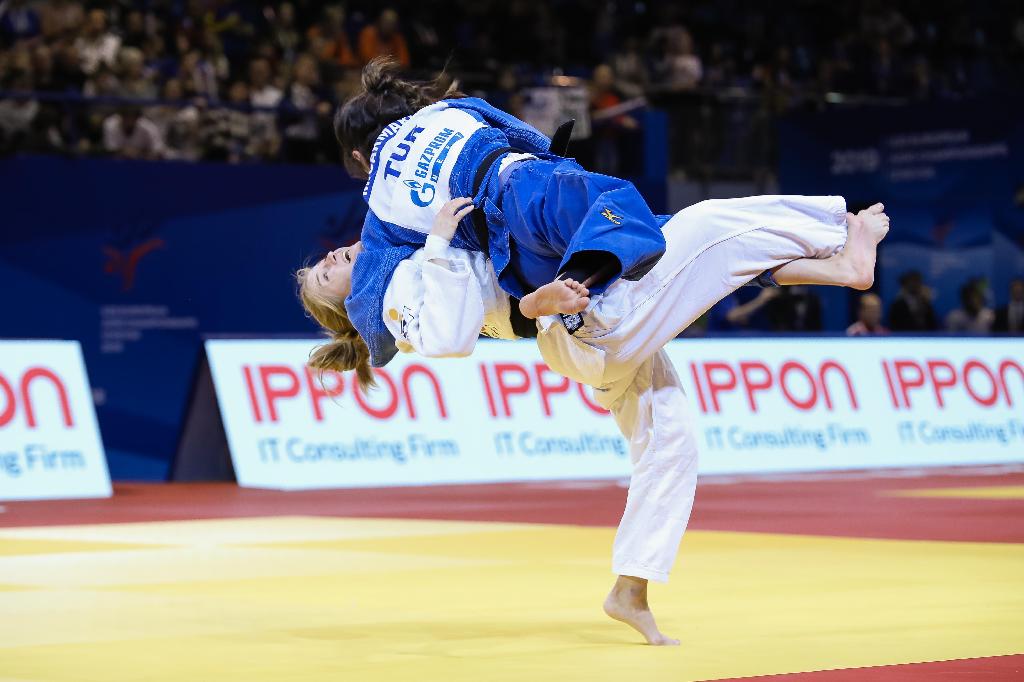 Day one of the U23 European Championships in Izhevsk, Russia, was off to a blinding start with the home crowd seeing some of their athletes through to the final block. A impressive total of three Russian golds were accumulated out of the five weight categories today.

Of course with the home crowd behind them, the Russians had a slight advantage, as they packed out the stadium. In the -48kg, -60kg and -66kg categories, they certainly kept the crowd pleased and performed some outstanding judo in order to claim their titles.

First up was Daria PICHKALEVA in the -48kg category who came head to head with Mireira LAPUERTA COMAS (ESP) in the final and after both had had such a seamless day, it really was anyones fight. However, it came down to a submission from the Spanish athlete that secured the gold medal for PICHKALEVA and the first gold for the host nation.

In the -66kg category, Murad CHOPANOV fought tirelessly against his talented Azeri opponent Nurlan OSMANOV until he felt a weak attack and countered for the ippon with only ten seconds left on the clock. This was just the highlight for the Russian as he had outperformed his contenders throughout the tournament and was certainly an extraordinary talent on the Russian team. That being said, the -60kg category didn’t hold just one, but two sensational athletes who made the contest of the day in the final show down.

Both competitors, Ramazan ABDULAEV and Ayub BLIEV started off strong and easily made their way to the end of their pools before facing the #1 and #2 seeds, both of Georgia, Temur NOZADZE and Jaba PAPINASHVILI, who both eventually took the bronze medals. As the Russian defeated the top two seeds in the semi final it immediately became evident that it was be an all-Russian final and usually these contests will go one of two ways – they know each other very well and it will be a quick win for one of the athletes or a score for score situation. In this case, it was the latter. The pair were incredibly acrobatic and, bewildering the spectators, were escaping attacks like never before. The weight kept shifting, when one was appearing more in control, the other would fight back harder to level the playing field and although terribly tiring for the athletes, became the most exhilarating contest of the day.

After 11 minutes and 40 seconds of fighting, a score finally stuck for ABDULAEV and the two athletes took a moment on the tatami before standing and exchanging a thankful embrace, a truly wonderful final for their home crowd and for their own performance, but there could only be one winner.

The outsiders in this Russian rally were the women in the -52kg and -57kg categories. Amber RYHEUL (BEL) took the gold in the U52kg category, defeating Nina Estefania ESTEO LINNE (ESP) in the final. With Junior European Cup successes it came as a surprise to the Belgian competitor that the gold was in her hands, but she had earned it none-the-less and her fighting spirit came out on top to clinch the U23 title.

Eteri LIPARTELIANI (GEO) was on everyones ‘to watch’ list, with her recent title gains in the Junior European and World Championships as well as a Grand Prix bronze this year, many were wondering if her winning streak would continue. She came to prove that it would and has now taken three major titles this year with undoubtedly more to come. Though she is becoming known for her typical Georgian style including the ‘Khabareli lift’, she offered so much more than that today and her progress over the past year evident.

This concluded a brilliant first day of competition and has set the standard for the following two days where the athletes will continue to compete for the U23 title. Follow the live stream at www.eju.net. 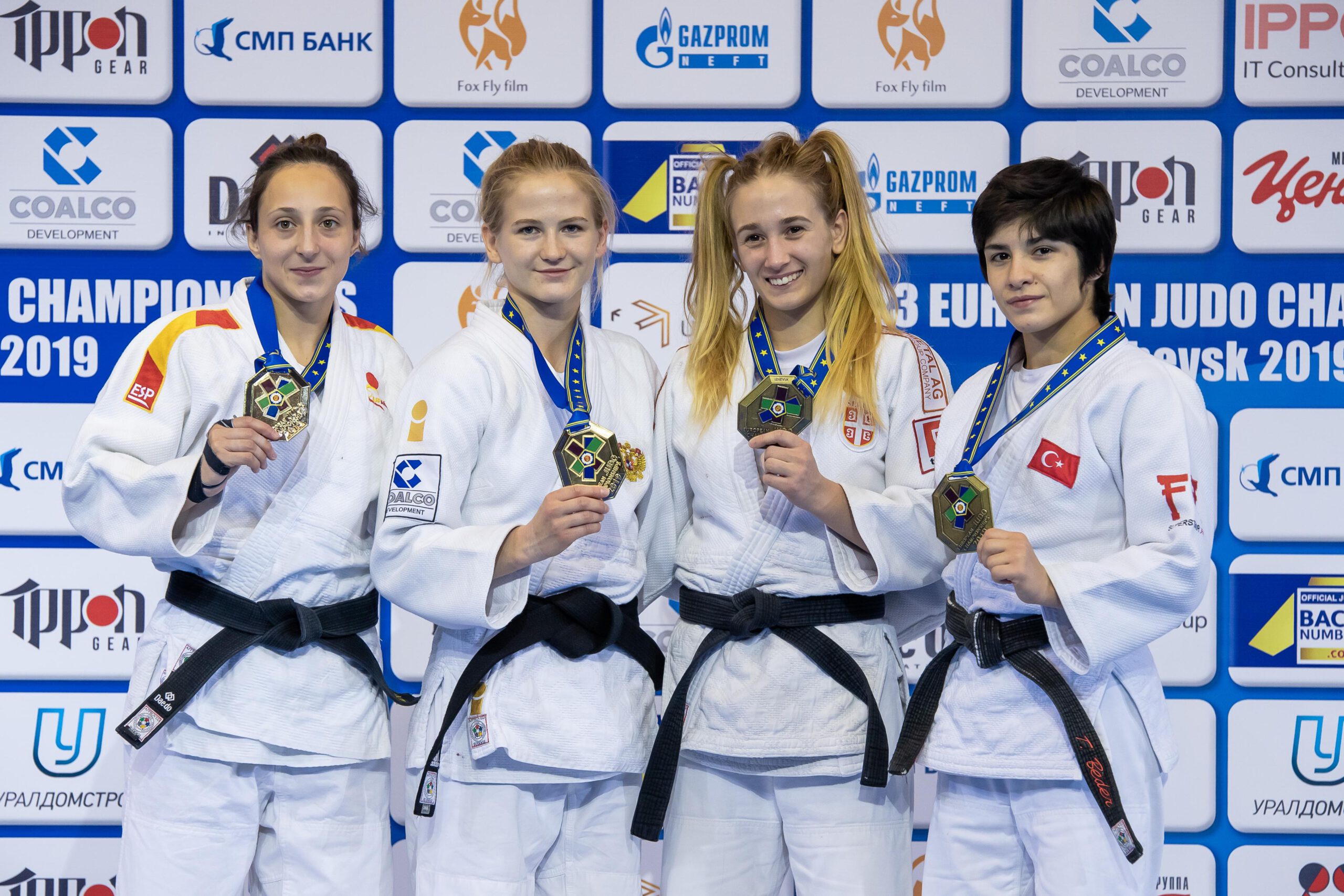 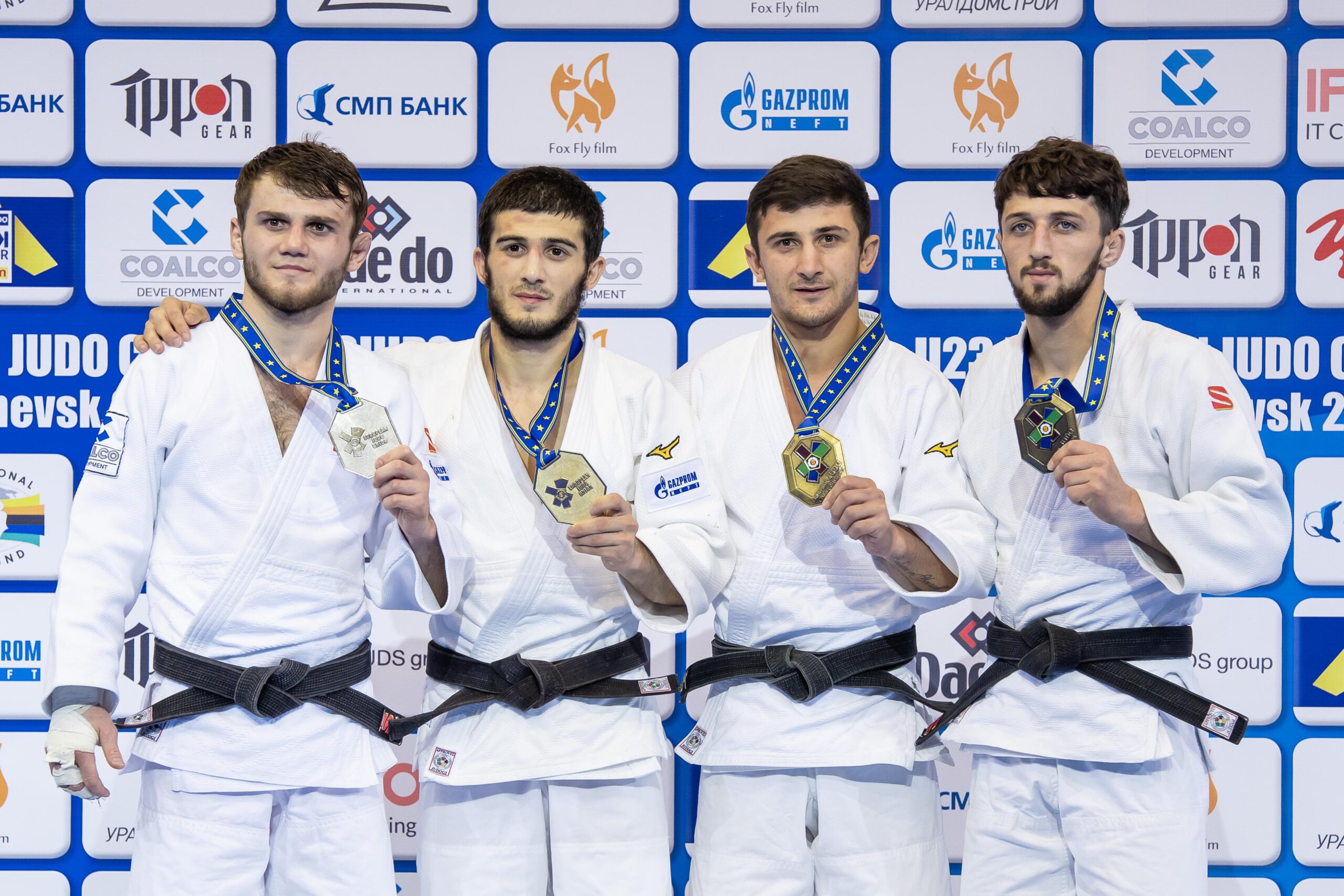 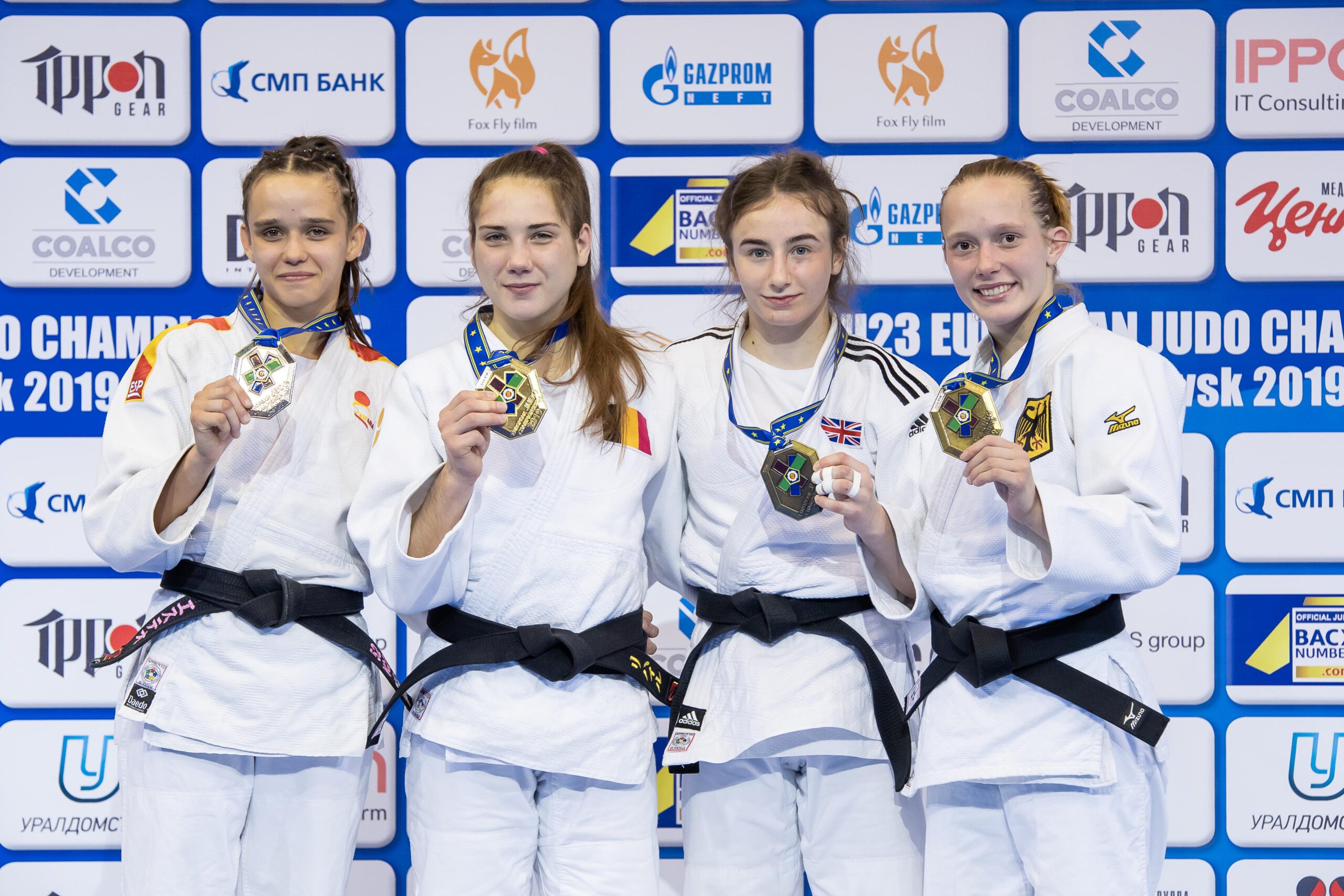 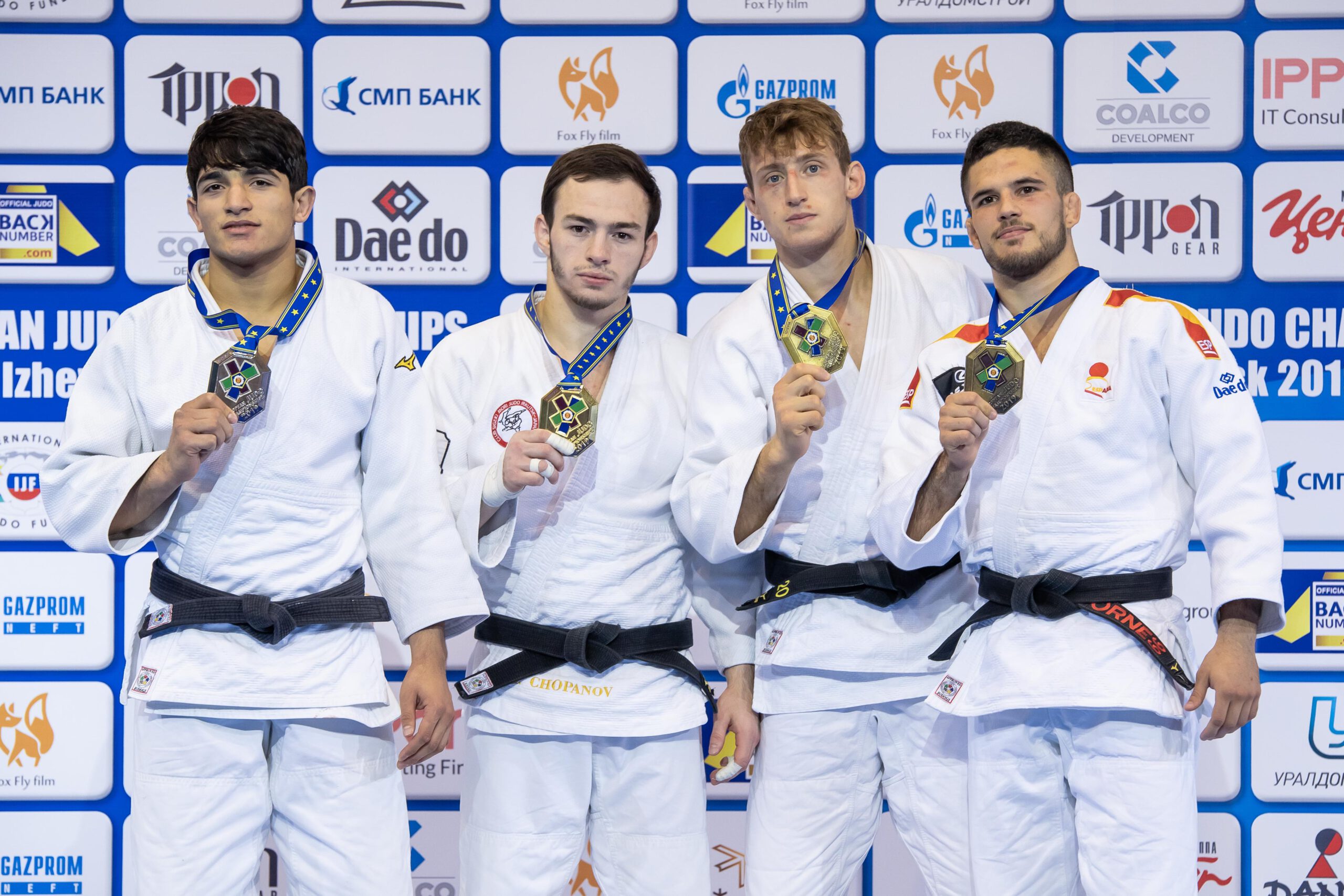 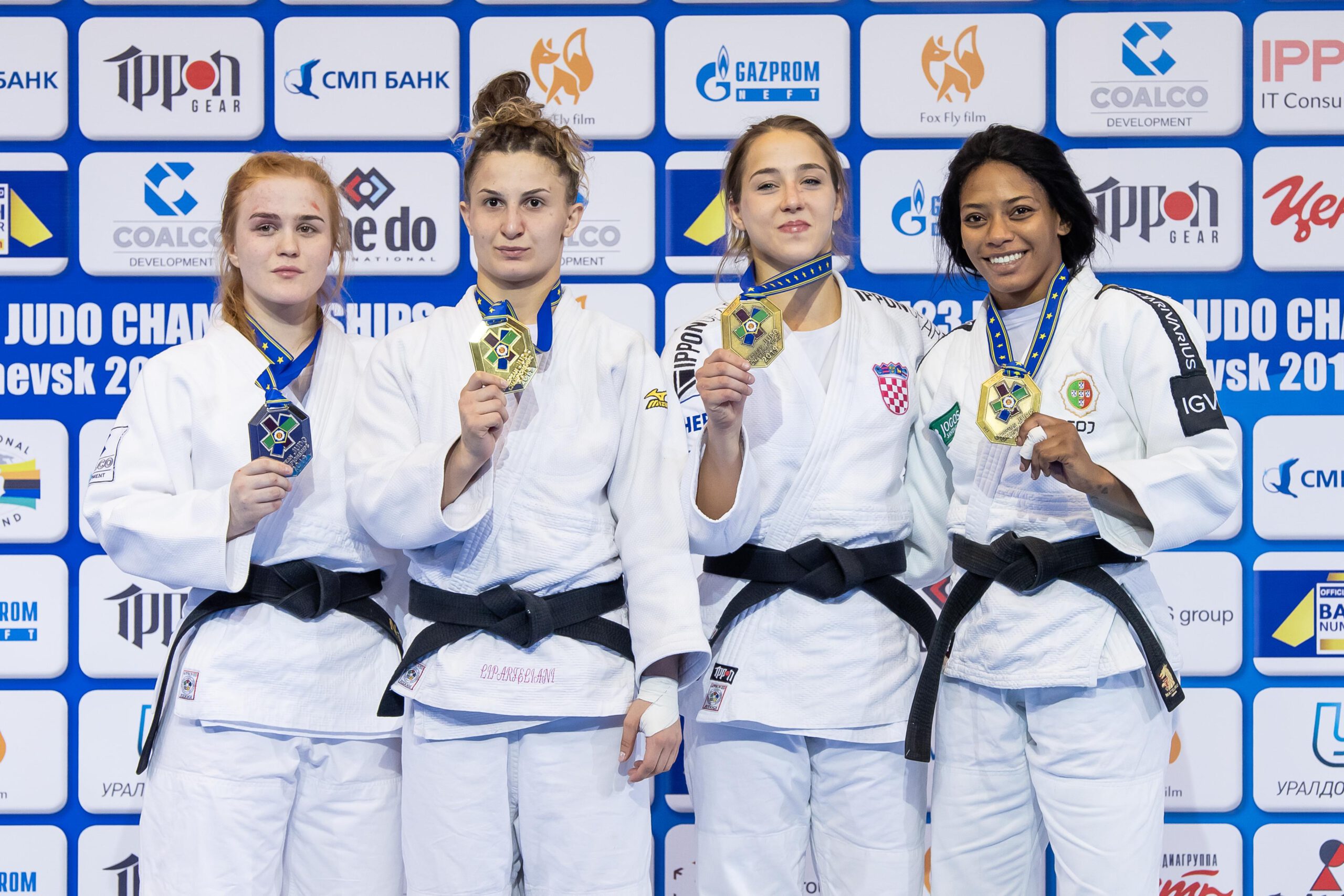