TRIPLE TRIUMPH FOR LOMBARDO IN LIGNANO 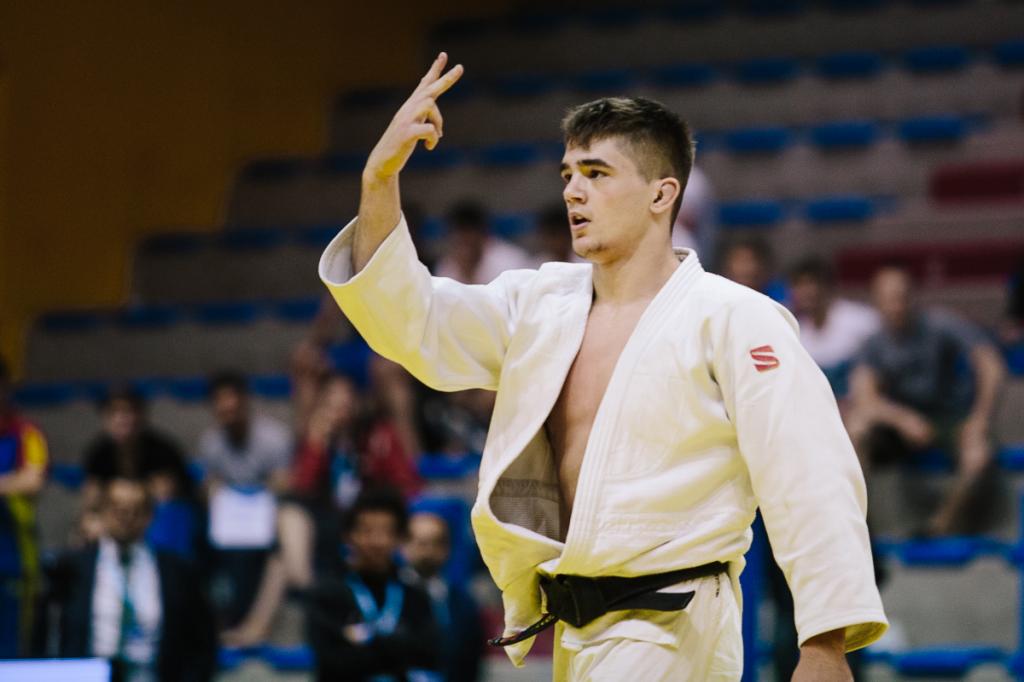 Manuel Lombardo (66 kg) won his third Junior European Judo Cup in Lignano. After his victory in the -55kg and in the -60kg category when he was a cadet, this year at his first European Cup as a junior he grabbed the first place again, however, this time in the -66kg category.

His victory considered to be a great result for him, especially since he is just coming back on the tatami after three months pause due to a micro fracture on his back.

“I trained very hard every day to come back as better as possible and I’m very proud of my work and I’m focusing to improve it. The hard work always pays off and this gold medal could be a prove of it.”

Due to this success, Lombardo added,

“I had many positive feelings and I felt comfortable with the new rules that I think benefit the technique and not tactics. For instance, I won my first match with Ippon after I scored 4 waza ari, while just some months ago I’d won it in less time.”

“One of the most emotional moments of this day has been when I listened to the Italian national anthem while I was on the podium, but now I’m focusing on the training camp that follows this tournament and on the future commitments as the Italian U21 Championships and then the European Cup in La Coruna, Spain.”