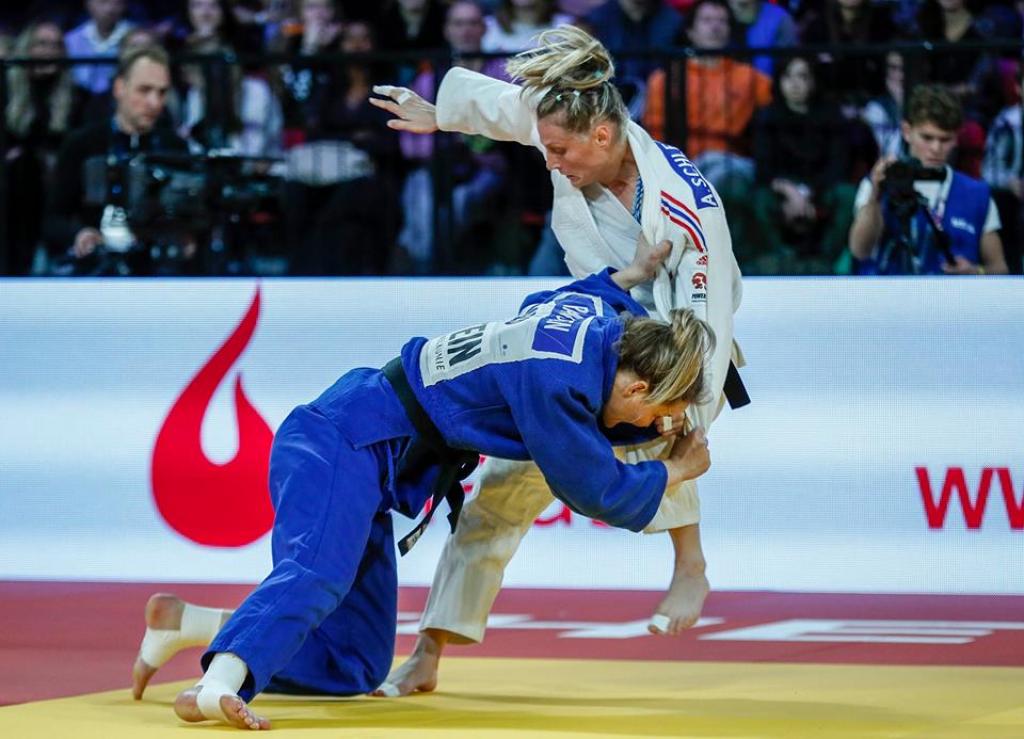 The last time that Juul FRANSSEN (NED) competed on the IJF World Tour she collected the gold medal at the Abu Dhabi Grand Slam. All seemed well with the world. But that was 11 months ago since which time she has had to endure an enforced layoff.

Not only is her win here in the -63kg category on day two of The Hague Grand Prix somewhat surprising to onlookers, it must too be hugely satisfying to the 27-year old Dutch star. Setting aside any controversy, Franssen gave the strongest possible statement with a win that showed she was both well prepared and the best that the Dutch had to offer. Her first round demolition of Sandrine BILLIET (BEL) showed that Franssen was in the mood for action as she racked up five scores of waza ari to move into the quarter final where Stephanie TREMBLAY (CAN) provided a stiffer test for Franssen. The Dutch fighter was made to go almost the full four minutes before a mistake by Tremblay in newaza left the Canadian exposed enough for Franssen to take advantage and secure kesagatame for a win by ippon.

In the semifinal Franssen had to get past 19-year old team mate Sanne VERMEER and once again Franssen had to be patient. With the contest scoreless and only 20 seconds left on the clock Franssen came up with a left sided makikomi for waza ari to take her place in the final against Alice SCHLESINGER (GBR). The pair had met on two previous and Franssen led the head-to-head 2-1. The final went into golden score where Schlesinger (having already collected one shido) committed an error that gave Franssen a hard fought for, well deserved and very popular gold medal.

When asked to describe her emotions about winning in The Hague Franssen said, “This is a dream come true for so many reasons. But quite apart from my own dreams I am happy to be able to reward the fans with a home win.” Regarding the medal ceremony Franssen said, “It was great to have Anika [van Emden] presenting the awards. She had told me earlier in the week that she would be doing that so I was kind of ready for it.” With regard to what is next in her plans Franssen said, “I can now look forward to going to the Tokyo Grand Slam next month.” It may be that Franssen has plans for other visits to Tokyo.