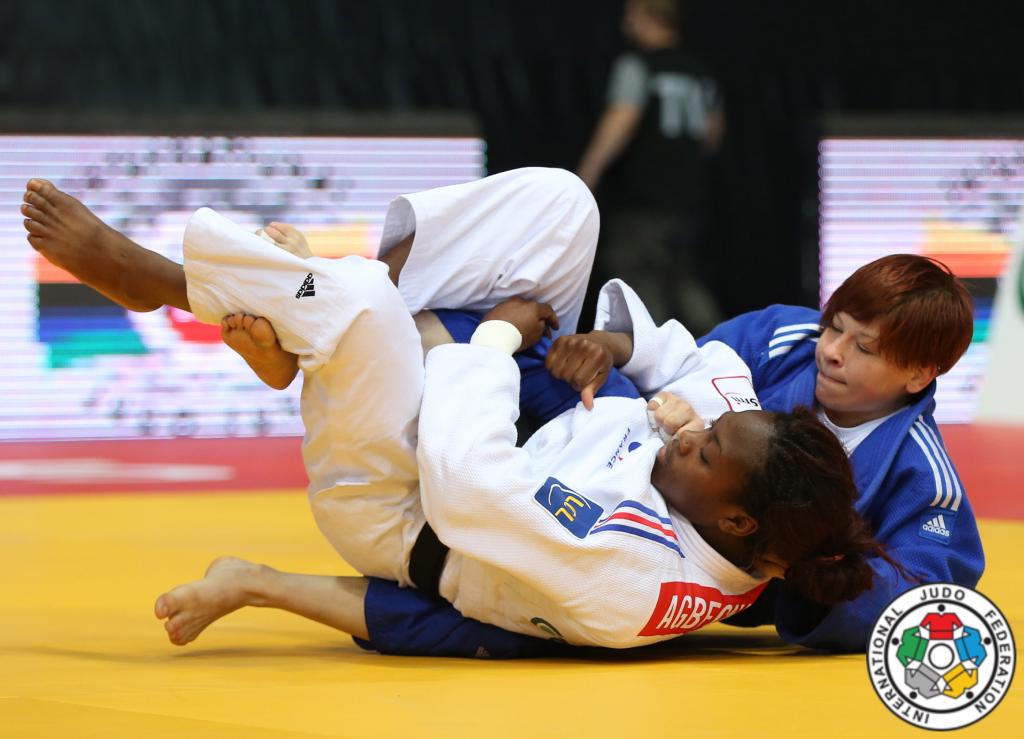 It may be reasonable to assume that Tina Trstenjak has a liking for the Croatian capital Zagreb. Whatever the case the home fans at the Zagreb Grand Prix certainly liked her and showed it when the plucky Slovenian won the gold medal in the -63kg category. In front of a crowd that included the President of the Republic, Kolinda Grabar-Kitarović, and in the absence of a home athlete to support, the Croatian crowd adopted 23 year old neighbour Trstenjak who came into the competition as the number three seed. Current world champion Clarisse Agbenenou FRA and former world champion Yarden Gerbi ISR occupied the top two spots. However, by the end of the day both had fallen by ippon in newaza to Trstenjak whose position as one of the most successful in the category is now in no doubt. “I trained hard to be ready to give my best from the first fight to the last. I knew that it was going to be a hard competition, especially with Clarisse and Yarden,” said Trstenjak. When asked about the final with Agbegnenou Trstenjak answered, “I was aware that Clarisse is not well known for her newaza and when I got the chance I was quick to take it.”

Lasha Shavdatuashvili GEO won the gold medal in the -73kg category defeating Khashbaatar Tsagaanbaatar MGL. “Everybody knows the history of Khashbaatar and I genuinely have the greatest respect for all that he has achieved. I was determined to win in the final but when I cross the line and enter the arena all thoughts of legends end,” said Shavdatuashvili.

Linda Bolder ISR won the gold medal in the -70kg category defeating Sally Conway GBR. “I was delighted to medal again. I’ll be in Baku aiming to pick up another medal there in order to give me the best possible chance of qualifying for the Masters,” said Bolder.

There was a gold medal too for Krizsan Szabolcs HUN when in the final of the -81kg category he defeated team mate Csoknyai Laszlo.