TRSTENJAK TURNS IT ON IN PARIS-BERCY 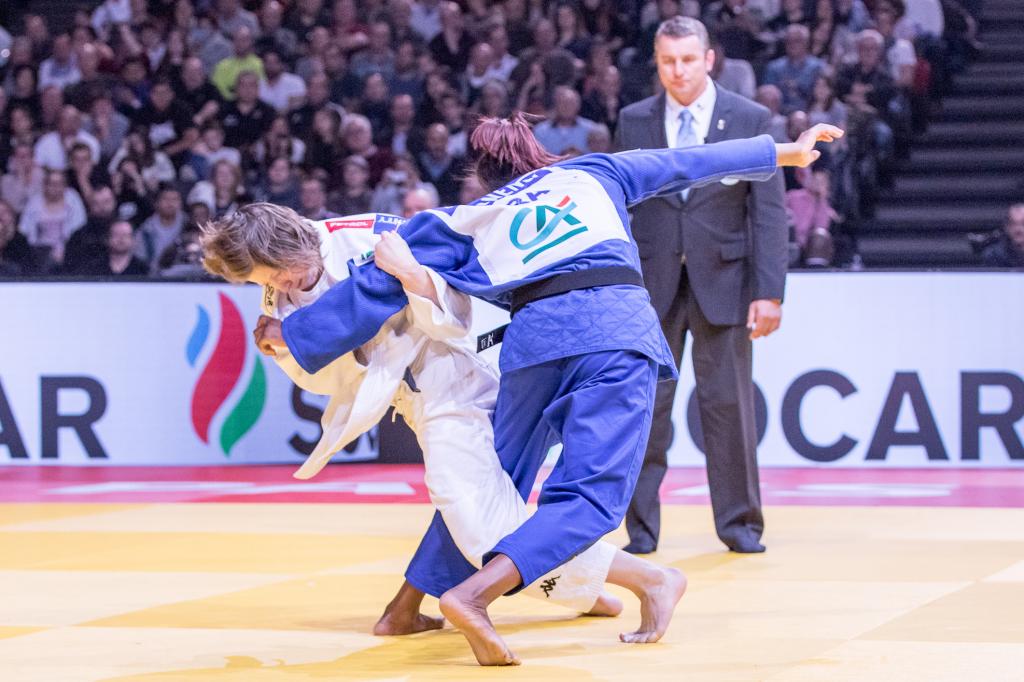 One is never too old to learn, or so the saying goes. I like to think, being as I am somewhat advanced in years, that I am possessed of a fair amount of knowledge and know a good deal about judo. Yet I find myself learning from Tina TRSTENJAK (SLO) a judoka more than half my age. If truth be told, young Ms. Trstenjak has these past two years taught me a lesson, perhaps several, as she achieves goal after goal, collects title after title and conquers opponent after opponent.

Today’s impressive gold medal winning performance in Paris only served to deepen my embarrassment at ever having doubted the 26-year old Slovenian’s place at the very top of the world’s best; for that is where she sits now and that is where she belongs. Shame on me for ever having thought otherwise. The crowd at the Palais Omnisports de Paris-Bercy were hopeful, not confident, that in the shape of Clarisse AGBEGNENOU (FRA) they would have a moment to savor, a champion to raise their flag. But, as was the case in Rio six months ago, it was Trstenjak who triumphed in a model final of controlled purposefulness, leaving the Paris crowd stunned at the defeat of their heroine.

Trstenjak managed to rattle up eight scores in four contests on her way to a second Paris Grand Slam gold medal in the -63kg category. When asked to describe her approach to dealing with the notoriously intimidating atmosphere of the Paris-Bercy arena she answered, “I try to focus on doing and showing my best judo one contest at a time. I don’t have a plan for the final until if and when I get there.” With regard to her rivalry with Agbegnenou, Trstenjak said, ”I know Clarisse is physically strong and has tremendous counter throws. So of course I was watchful at the beginning of the contest. But I knew that I also had to put in some strong attacks and I did this more and more as the contest progressed. In the end my determination in ne waza paid off and I managed to secure Osaekomi for the ippon.”