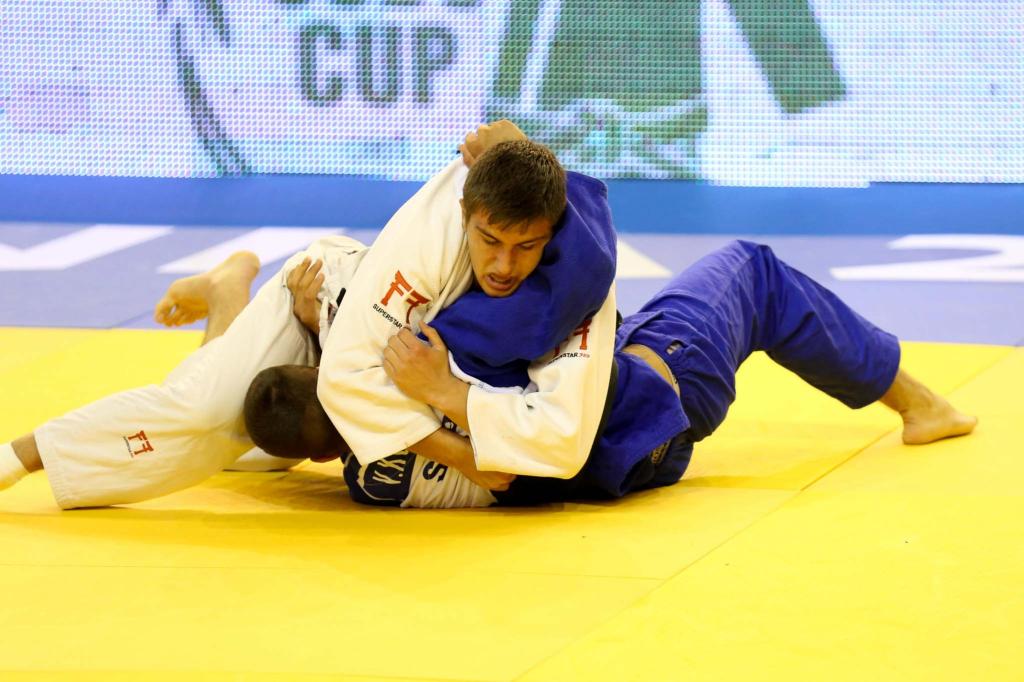 On the last day of the Cadet European Judo Cup in Chania, Michail TSOUTLASVILI (GRE) delivered the third gold medal for the host nation. With this medal Greece climbed to the top of the medal tally. Greece collected three gold medals, as did Cyprus. The latter had fewer second and third places, though. Romania finished third with one gold, one silver and one bronze medal, followed by Czech Republic with one each. Argentina, Great Britain and Lebanon also took a gold medal.

For TSOUTLASVILI it is the first gold medal of his career in an international competition, but his victory in Chania was also not a big surprise because only few weeks ago he won the bronze medal at the Cadet European Judo Championships, also at the -73kg weight category. He was also Greece’s flag bearer at the European Youth Olympic Festival in Baku last July. When asked about his year and his excellent performance he explained,

I have worked hard to get here, having extremely tough preparation with my coach. At Cadet World Championships I lost a place on the podium for an inch, but this unfortunate moment made me stronger and I am confident that this lesson will help me in the near future.

Next year will be a big challange for Michail TSOUTLASVILI. It will be his first time at junior level and in addition he will also change to a higher weight class.

We have planned to change our training, as this is a different age category and weights, which means that our opponents will have to be faced in a different way. We need better physical condition and we will work on this even more.

The young champion knows that Ilias ILIADIS started his enormous career from this weight category. Although he was not fortunate enough to meet him in person, he is well aware of his achievements.

For the most athletes, Ilias Iliadis has been a role model. I would like to meet him. I know a lot about his career. He is a superstar endowed with stubbornness and passion for whatever he does. I know it took him endless hours to get to the point of conquering everything. He was a born winner. I wish I could find myself in the same position in a few years. And why not with a gold Olympic medal hanging on my chest.