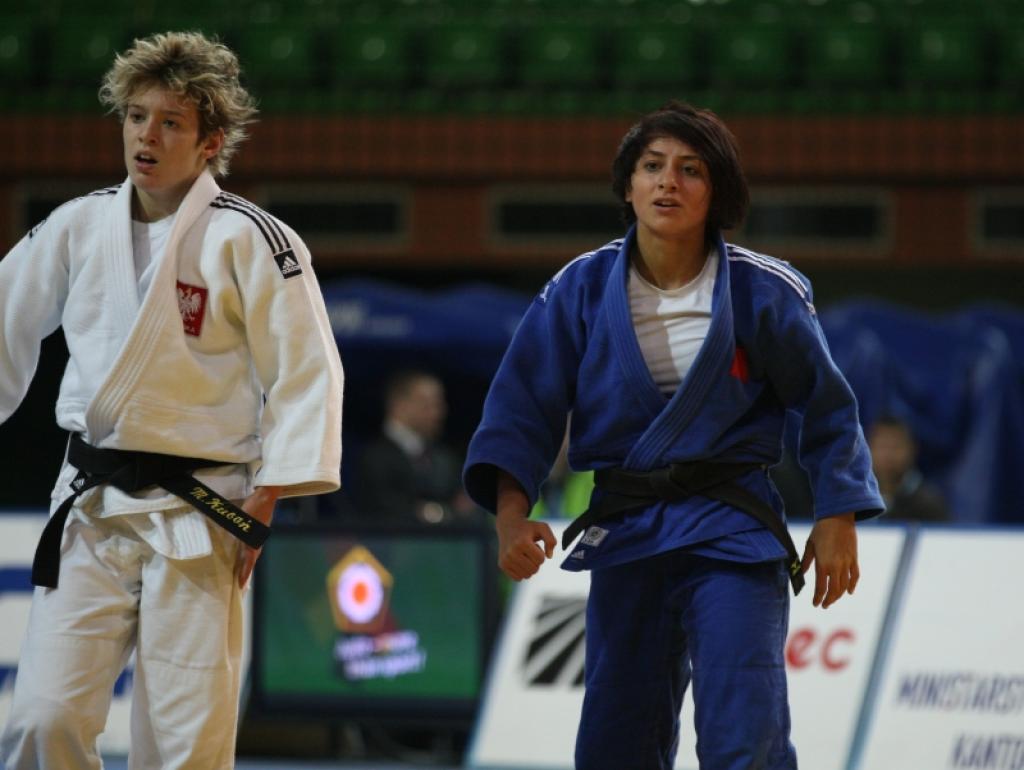 Tugba Zehir was now successful winning the European U23 title. Last year she lost the final against Natalia Kuzyutina, not a shame against the double European senior Champion. But 18-year old Zehir has a great future. She was already U17 European Champion in 2007 and won bronze at the World U20 Championships twice. Today she defeated Marta Kuban (21yrs) of Poland who was European U20 champion in 2008. Experienced ladies, taking account their age.
Zehir led the match continuously by waza-ari just after the start and controlled the whole match without any pain.
Zehir wins the third European medal ever in this U23 Championship. The two heavyweight Belkiz Zehra Kaya (2004) and Gulsah Kocaturk (2008) won gold earlier.
Zehir is in the top five youngest ever U23 European Champs. Ilias Iliadis was the youngest in 2003.

Turkish judo takes the benefit of good policy to take some judoka of the former Soviet Union in their team a long time ago. Huseyin Ozkan, Selim Tataroglu and Bektas Demirel. Furthermore they invested in the youth and sent double teams to Cadet Championships. It now pays out, and not only since yesterday. The women showed that they are able to benefit from the flow or the home crowd. Three weeks ago the Turkish women ended third at the World Team Championships and the men were close to bronze. Watch Turkey at the next European senior Championships in Istanbul.