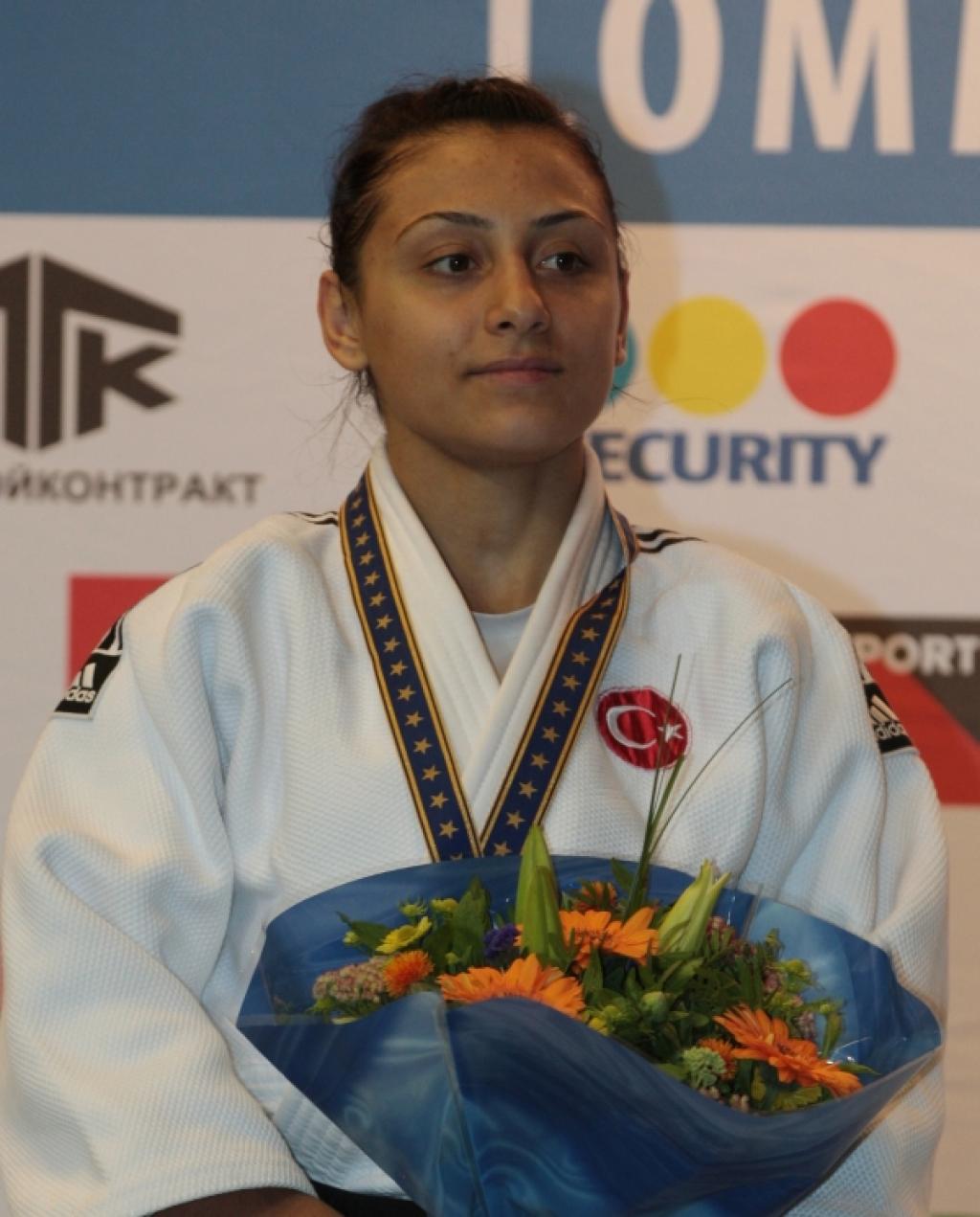 The European Junior final in the women’s U57kg category was won by Tugba Zehir who won the second Turkish gold medal this event. Zehir defeated Dutch Sanne Verhagen.
Zehir completed the set of European titles today by taking the junior championship, in 2007 she won the U17 title, last year the U23 years European title.
Only eight judoka have won the triple before Zehir (see table below).
The first two minutes of the fight no difference was made, but Verhagen was warned for passivity. From that position Zehir could be more tactical however without scoring. After 30 seconds in the golden Zehir scored the ippon.
Happiness for th Turkish delegation as their country led the medal tally at that moment.

Holland lost its first of three finals in the women’s categories. A good performance of Sanne Verhagen who took revenge for last’s year mistake when she was inscribed in a higher weight category and lost.

For the bronze two Swedes had to fight eachother: Emma Barkeling was stronger today than Fanny Malmborg and decided the match by waza-ari. Quite unique for Sweden that only won seven medals at European Junior Championships over years. On the other hand typical for Sweden as four out of 8 medals were won in this category (previously the U56kg division). Camilla Williams won bronze in 1986, Asa Jeppsson in 1988 and Marie Gustavsson won silver in 1989.

The other bronze was for Fabienne Kocher (SWI) who was victorious over Loredana Ohai, by yuko. Kocher defeated Ohai last year as well at the World Junior Championships.