Turkey takes the lead at the European Cup in Prague 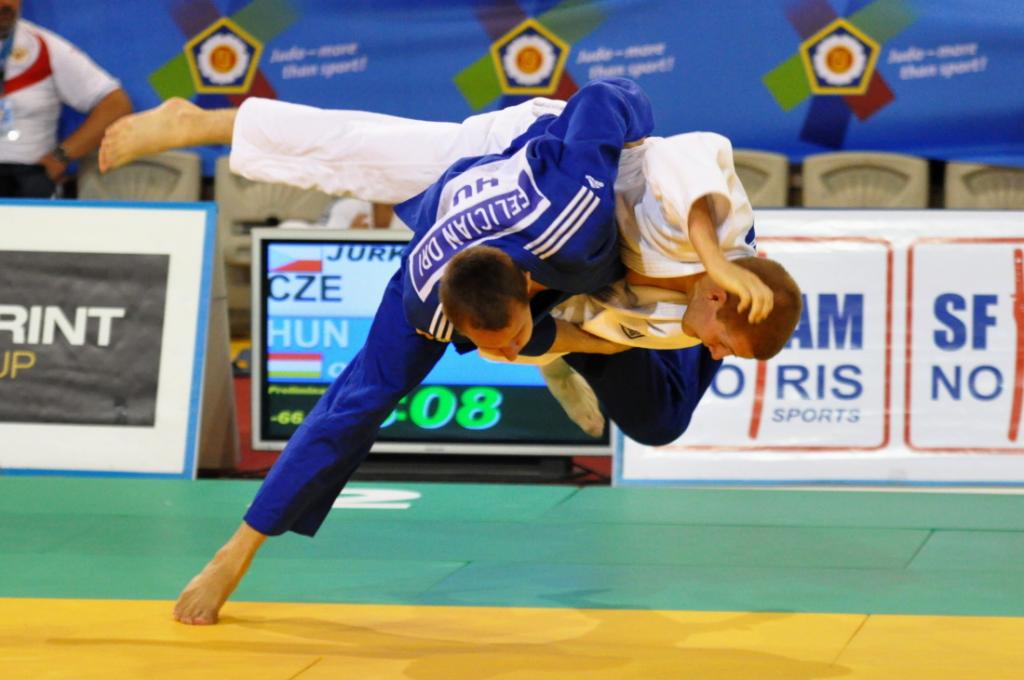 On the first day at the European Cup for Juniors, 370 young athletes from 28 countries fought for the titles and rankings which will be important for the European Championships in Porec for seeding at the draw.

The first final was the match between Kartal of Turkey and Morand of Switzerland in the lightest category (-44 kg). In the middle of the match Kartal scored yuko with uchi-mata and continued with osae komi. Morand managed to escape from the hold and finally threw Kartal with harai-goshi for waza-ari. Regretfully Kartal got injured and was not able to continue the fight. The first gold from Prague went to Switzerland.

The first men final was between Harutyunyan of Armenia and Shin of Korea in -55 kg. Harutyunyan was more active in this fight. Shin was penalized 3-times which was more then enough for Harutyunyan to won gold for Armenia.

In -48 kg final Lokmanhekim of Turkey met Smolska of Ukraine. The match went to the golden score but none of the girls produced any decisive attack. Eventually Lokmanhekim won by referee decision and took the gold for Turkey.

Another chance for gold for Turkey was Kaba in -60 kg final. But Ju of Korea was unstoppable today. Ju threw the biggest Czech hope Pulkrabek in preliminaries for ippon and also he was more active in the final. Kaba was penalized twice. Regretfully at the end of the fight Kaba suffered a muscle injury and he gave up the fight. Gold for Korea!

The all Dutch final was in the -52 final between Schultz and Prince. It was obvious that the girls knew each other and it was difficult to come up with a surprise. The final was decided by decision. Schultz was the luckier one and claimed the gold.

The junior -55 kg World Champion Gadzhiev of Russia reached -66 kg final where he threw his compatriot with a superb morote seoi nage. Gadzhiev threw all of his opponents for ippon! Shall we see him in Rio 2016?

In the last women final Gomes of Brazil threw Kocher of Switzerland for waza-ari with uchi mata and continued with a hold. Although Kocher managed to escape Gomes controlled the rest of the fight and claimed the first gold for Brazil.

Her compatriot Mendez fought in the last final of the day against Szwarnowiecki of Poland. Szwarnowiecki however won the final match with shime-waza.

The tournament continues tomorrow from 10:00.

Results you can find at the link below:
https://www.eju.net/results/?mode=showResult&id=1276

All pictures from the Prague you can find in our media gallery: