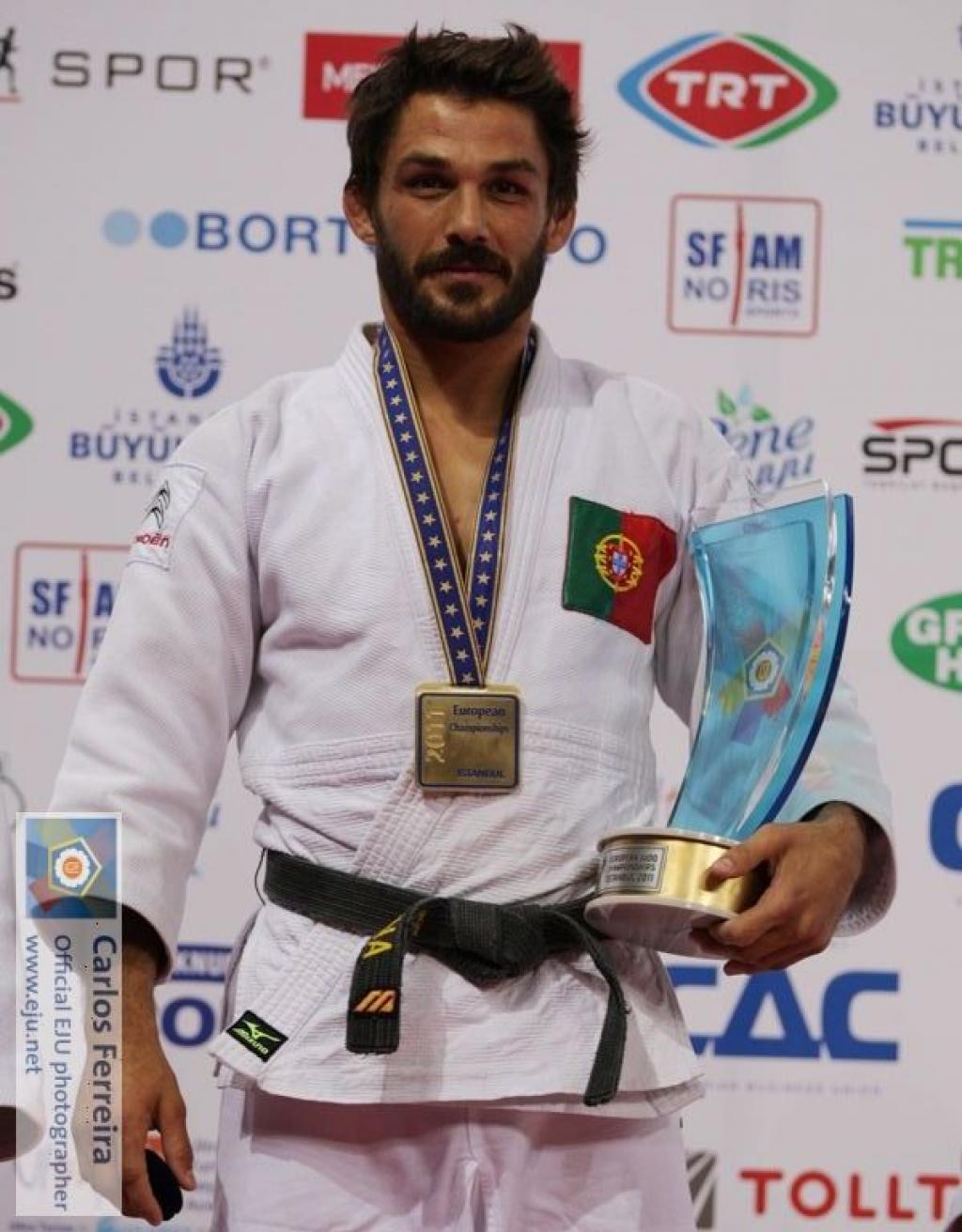 Joao Pina was the first judoka to prolong his title this Championship. The Portuguese fighter gets more efficient each year and saved his power until the last moment. In this tough category U73kg he defeated Murat Kodzokov (RUS). Kodzokov debuted this championship while Pina participated for the ninth time since 2001. Pina had beaten 24-year old Kodzokov earlier this year, but it was a good and lively fight decided by the 29-year old Portuguese. Pina won the European title last year in Vienna and was the second in this category to win the title. Michel Almeida won the European title in 2000 for his country.

Pina said: “The first time is always the best to win such a title, but to continue such title is great. The hard work of the whole year pays out at such moment.”

Turkey takes first medal
Austrian Peter Scharinger (AUT) and Turkish Hasan Vanlioglu fought a thrilling match. Scharinger led the match early but Vanlioglu came back and fought like a tiger massively supported by the home crowd. Vanlioglu was one of the sensations today. Last year in Sarajevo at the European U23 Championships he was one of the sensations but just finished fifth. Turkey could need a success but Scharinger was a tough opponent and kept his head cool until 30 seconds before the end when also Scharinger received his second penalty and gave Vanlioglu the lead and final win. Congratulations from the EJU and IJF presidents Soloveychik and Vizer for the Turkish Federation were just a part of the great applause for Vanlioglu.
Turkish Judo Federation President Fatih Uysal was waiting for the hero at the side of the tatami joined by coaches Huseyin Ozkan (2000 Olympic Champion) and technical director Wim Visser.

Jaromir Jezek (CZE) was a great surprise today. For bronze he defeated the experienced Benjamin Darbelet (FRA) who had great moments today until the semi final that followed with two losses. Jezek won completed a nice streak of medals. He already won bronze at the U20, U23 and now senior European Championships. Jezek won the first ever European European medal for his country in the men’s division. Only Josef Vensek won silver in 1991 in Prague under the flag of Czechoslovakia.