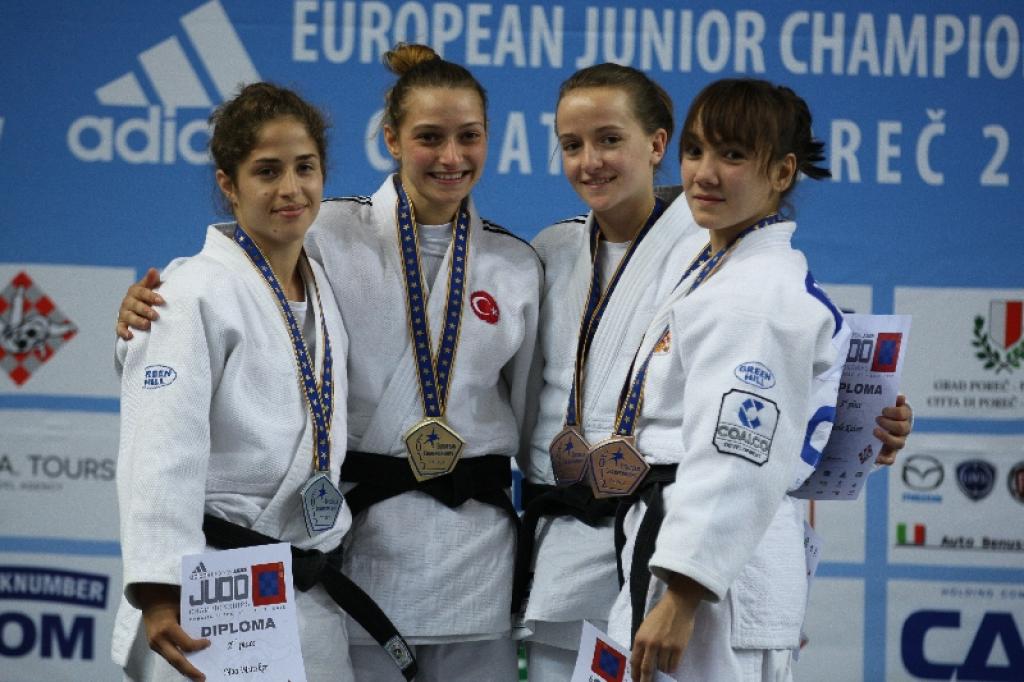 The final U48kg between Dilara Lokmanhekim of Turkey and Noa Minsker was decided by the strong Turkish. She became the successor of Ebru Sahin who won this title last year in Lommel. The Turkish had a great day and won all her five matches.
Lokmanhekim also defeated British talent Hayley Willis and Austrian Nicole Kaiser who took bronze. Kaiser (AUT) said: “Of course a bronze medal is nice but I would have liked to taken the gold. But the Turkish girl I lost to was really good today and I think she will take gold in the final.”

Bulgarian Magdalena Varbanova faced a tough challenge in her bronze medal match with Russia’s Anna Dmitrieva. “I fought her once before in Kiev last year and lost. But this time I’m better prepared” said Varbanova, who couldn’t win afterall as Dmitrieva won bronze in Porec.

And Lokmanhekim did and continued the Turkish success. Last year also Tugba Zehir won the European title (U57kg) for Turkey. Lokmanhekim already won the senior European Cup in Istanbul this year and won the European Cup in Prague. Her opponent Noa Minsker also showed good judo today and defeated four opponents with powerful judo. Even a silver medal was her best result of this year.

Kaiser of Austria won bronze as well as Anna Dmitrieva, the Russian Junior Champion who was successful at three European ups earlier this year. Last year she finished 7th in Lomel but now on the stage, good progression.

The winner Lokmanhekim said to our media team: “I knew it in my heart that today would be my day. And even when the coaches were saying to me ‘just make a good performance’ I only was thinking of gold.”