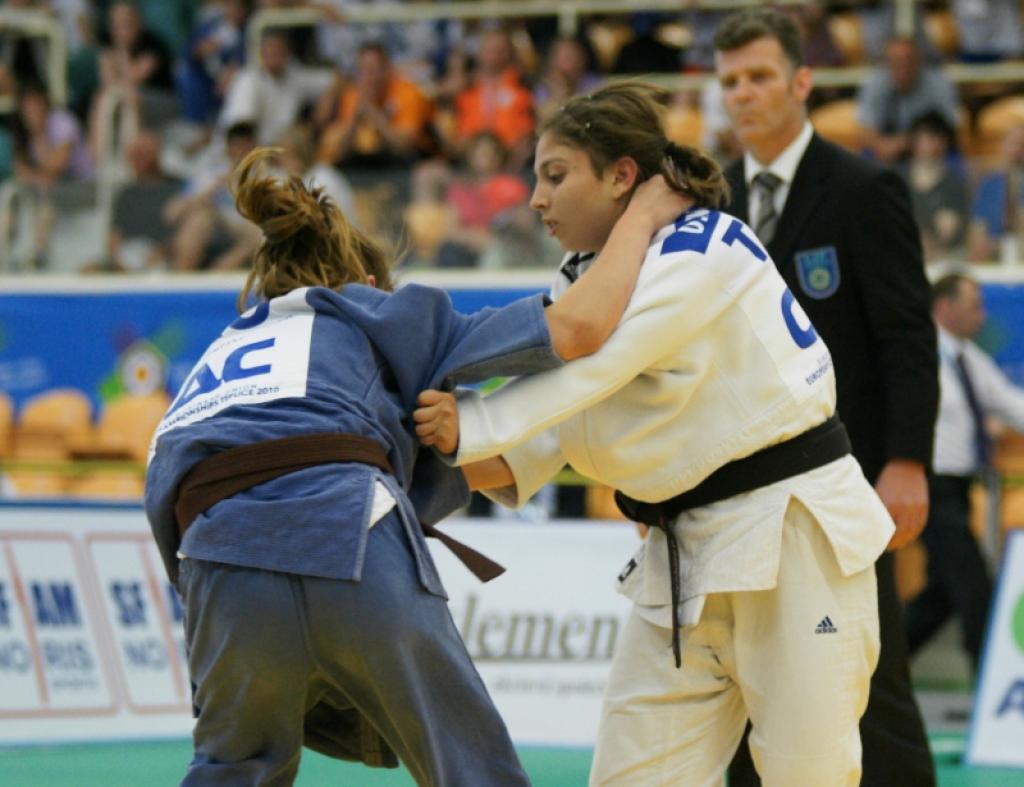 Many former athletes as a coach today at the draw of the European U17 Championships in Cottonera in Malta. 2000 Olympic Champion Mark Huizinga, 2001 World Championships runner-up Sara Alvarez (SPA), 2002 European medallist Amina Abdellatif (FRA) and more international medalists have become a coach to teach their experience to their talents.

The young men and women in the age category U17 are in Malta to fight for the European title. More than 150 women and over 200 men are now divided in Thursday´s draw.
The biggest delegation from Russia sending doubles teams for each category. France and the Ukraine both have 23 athletes but also the teams of Poland (22), Georgia (19) and Turkey (19) are worth while mentioning.
Turkey last year won a gold medal last year in Teplice (CZE) U57kg. This year they will have two candidates to follow up on Dilara Incedayi, Kevser Cevik and Selin Gul. On Saturday they can see if their title will be prolonged.

Last year the Russian men were extremely strong in the light categories. This year their dominance will not be smaller in advance with the double teams they have sent to Malta. Shapi Surakatov will be one of their favourites for the title U55kg together with Ukrainian Skopnenko.
U50kg Bulgarian Yadov is seeded number one and can expect competition from Italy´s Manzi.

Follow the opening day of the European Championships each day 11.00 o´clock with live video.