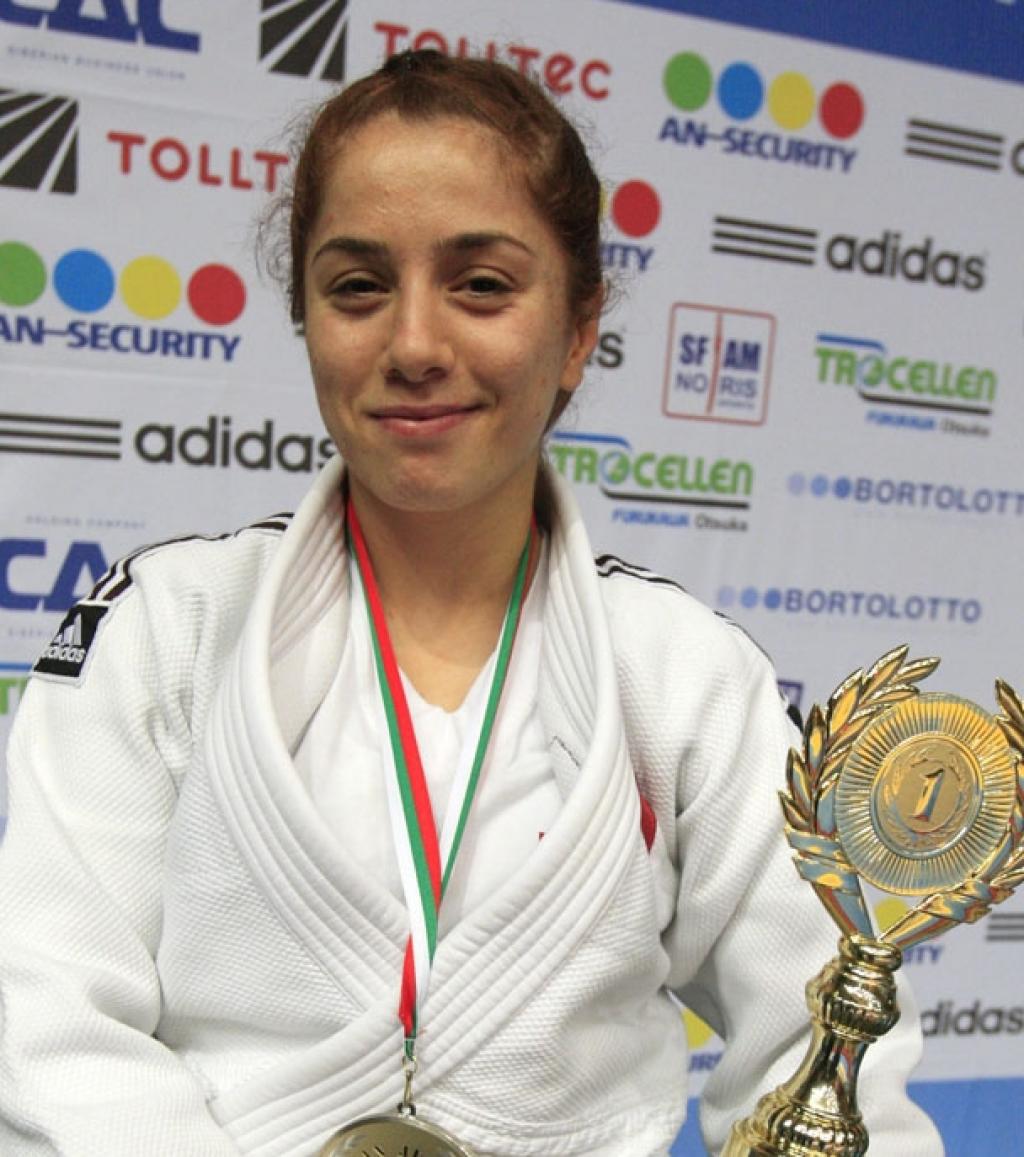 The Turkish women have won all gold medals at the first day of the European Cup in Istanbul. The same performance as last year when the Turks won the four lightest categories as well. Exactly the same four winners prolonged their titles.
Not limited the Turkish Federation sent 84 judoka to Istanbul to participate. Russia (26 men out of 27 judoka), Azerbaijan (21 men) and Turkmenistan (20) also sent big teams.
Most participants were in the U73 and U81kg weight class, both 30 judoka.

In the women’s category U48kg Sumeyye Akkus (TUR) -pictured- collected her second title in Istanbul by defeating British Kimberley Renicks. Last year Derya Cibir (TUR) was her opponent. Today she won the bronze U52kg. This category was again won by Aynur Samat (TUR). She was able to defeat Katrine Hofstad (NOR) who collected the first international medal for Norway in the senior division this year. Hofstad finished second last year at the European Cup in Boras.
19-Year old Tugba Zehir (TUR) won the U57kg division. The Turkish cadet talents didn’t participate this time, they are preparing for the EYOF later this month in Trabzon.
Swiss Larissa Csatari won silver in this category, her first international medal in the senior division.

Selda Karadag (TUR)prolonged her title U63kg against Nurcan Yilmaz (TUR) who was also Karadag’s opponent in the last Turkish Championships. Bahar Buker won bronze just like in the nationals.

In the men’s division Russia won two gold medals. U73kg was quite a Russian podium with Soslan Kudziev as winner who defeated Sergey Fomin for the gold. Oleg Vasilev won bronze as well as Arslan Nurmukhamedov (TKM).
Arsen Tolasev won gold U66kg. He was able to defeat Mehmet Durmuz at home in Istanbul. Maxim Kuznetsov (RUS) won bronze as well as Samir Dadashzade (AZE).
Azerbaijan was more successful U60kg. The star of the day was Orkhan Safarov who won gold in his final against Otar Bestaev. Earlier Safarov defeated his compatriot Rasim Asadullyaev in the semi final. Asadullyaev lost his bronze medal fight against Giorgi Brolashvili (GEO).

Many new faces in this competition, most over young judoka. More than than 70% of the fights ended with ippons.
In Istanbul there was also a referee examination. According to EJU Referee director Jan Snijders there was a strong group candidates and the referee committee is very satisfied.