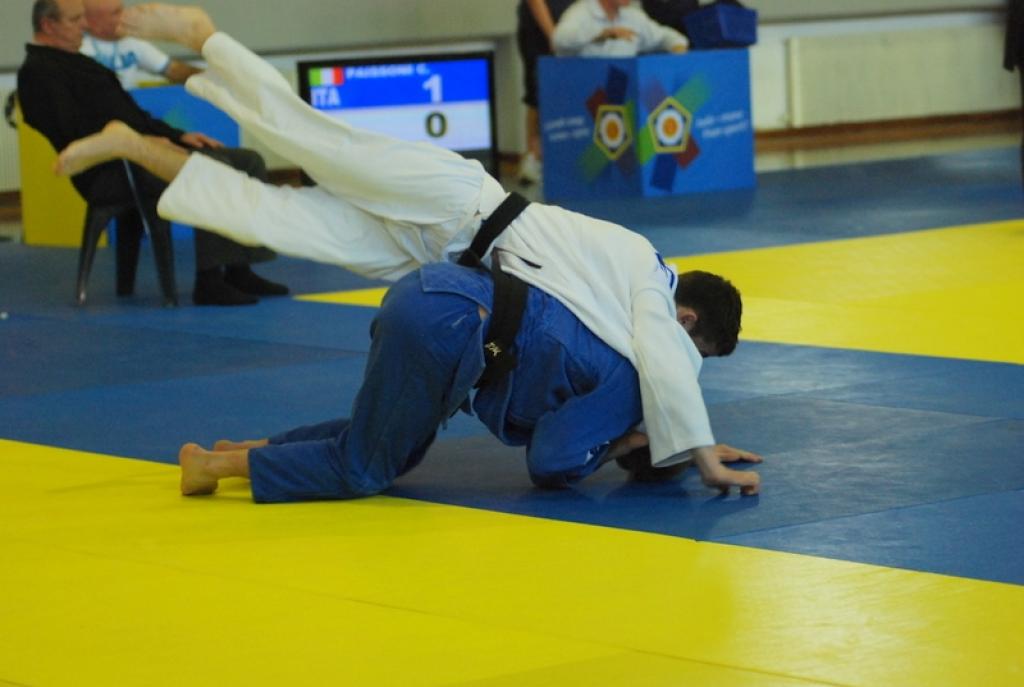 Turkey has been successful at the first day of the European Cup for Juniors in Mudania in Greece. The Turkish talents won three of the eight available titles. For years the Turkish women are very strong and it pays out in gold medals. Also in Greece the Turks won three of the four women’s categories. The only left over medal in the women’s division was, non surprisingly, for the strong 17-year old Brigita Matic of Croatia. In the final she defeated Italian Chiara Meucci. Matic prolonged last year’s title and is currently the only judoka in the European Junior Cup who won two titles this year.

Turkey won 6 medals in total and won all its finals. Dilara Incedayi dominated the category U63kg defeating Martin Greci of Italy in the final, the third lost final for Italy that won four medals in total at the first day. Matteo Piras lost the men’s final U66kg against Jalil Jalilov (AZE).
Mihriban Oner of Turkey won the category U78kg against Andjela Dzakovic of Montenegro. Isil Gencturk won bronze as well as Monika Saric who won the fourth medal for Croatia.
Kubra Kara of Turkey won the heavyweight category +78kg, defeating Ivana Sutalo of Croatia. Greece was strong as well in this division winning two bronze medals.

In the men’s division Azerbaijan and Georgia set the tone. Both nations divided the four gold medal equally. Mekhman Sadigov was the strongest U50kg by defeating Rasim Almammadov of his own country in the final. European U20 Champion Garik Harutyunyan (ARM) won the bronze as well as Mindia Golijashvili (GEO). Jalil Jalilov won U66kg for Azerbaijan. Against Italy’s Piras with two Georgians on the bronze stage.
However Georgia won the U60kg and U73kg categories. Vazha Margvelashvili was the strongest against Arsen Tovmasyan. Phridon Cigani claimed the first spot U73kg when he defeated Greek finalist Roman Moustopoulos.