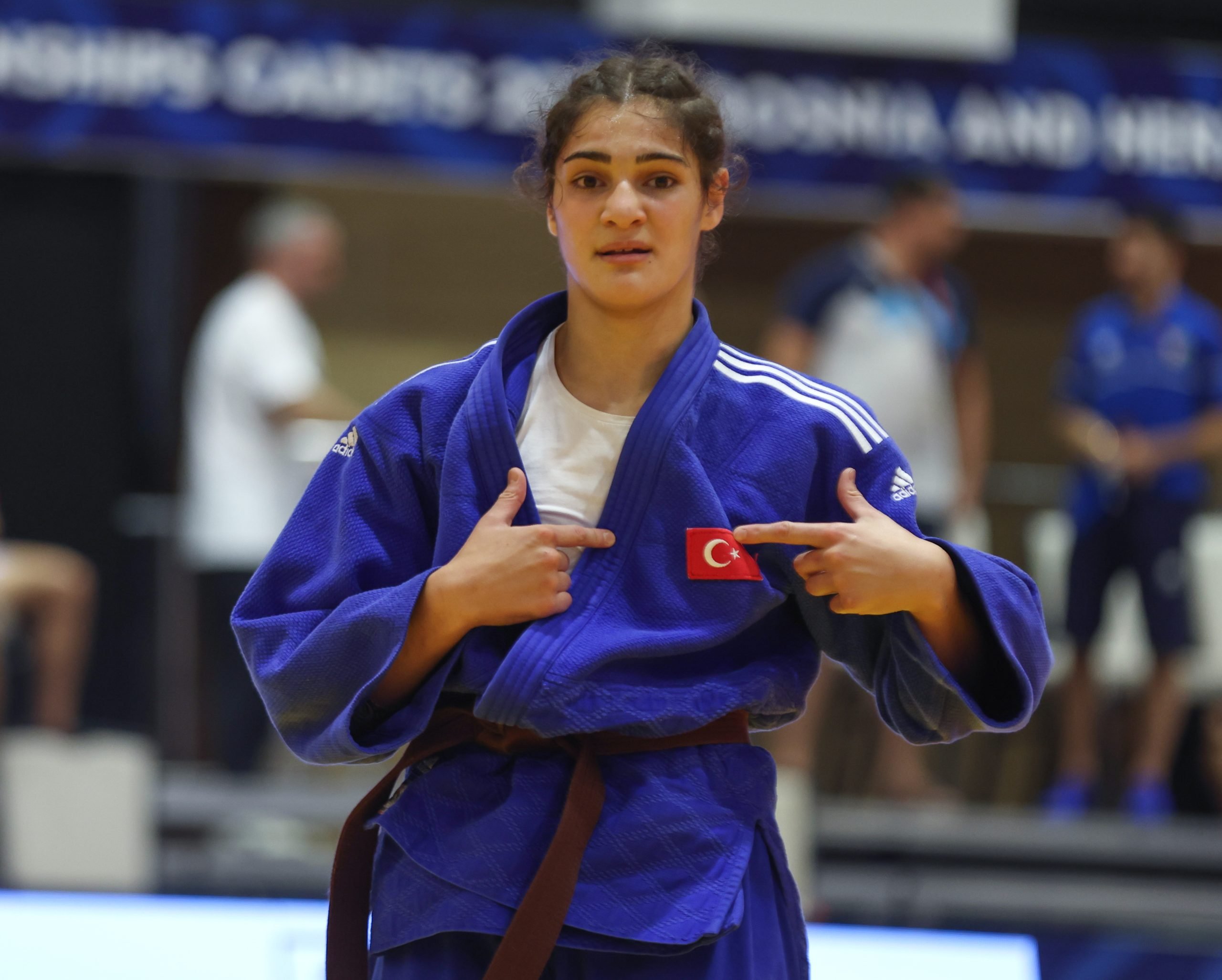 The third day of the cadet world championships saw Europe take two gold medals, one for Gor KARAPETYAN of Armenia, and well timed it was following a cadet European silver and EYOF bronze, and then the other was taken by Sinem ORUC of Türkiye.

Having no medals prior to the cadet European championships in Poreč this year, she was unsure of herself in her contests, each one posing a difficulty for her, but regardless of how she performed, she managed to take the European title and was incredibly emotional. Following this result, she came to Sarajevo and immediately we could see a different athlete.

Sinem was confident, collected and the self belief was brimming. Each of her contests were a pleasure to watch, off the tatami she is a sweet young girl, but on the tatami she displays her warrior-like strength and determination to win.

I am very excited, it feels really emotional that after a European championship I was able to win in the world championships too. Next year I hope to continue and do better.

Aside from her semi final, in which she admitted to being a bit nervous and finding it difficult to find her footing, she was an undertaking to collect ippons, and finished her world domination in this way.

After the European championships I started to feel much better about myself and was more confident and I could feel the difference today. When I came here I was really focussed, and during my participation in the semi finals I told myself I really have to win this match because I will be the champion. I was a little bit confused and not so focussed in the beginning of the semi final but I was 100% for the final and I was sure of myself.

In the end it was a driving o uchi gari that brought her the gold and her second major title of 2022. It was a team win, you could see the huge congregation celebrating her win, the excitement of such a fast win playing a huge part.

I really love my team, I feel their support and they are always together with me.