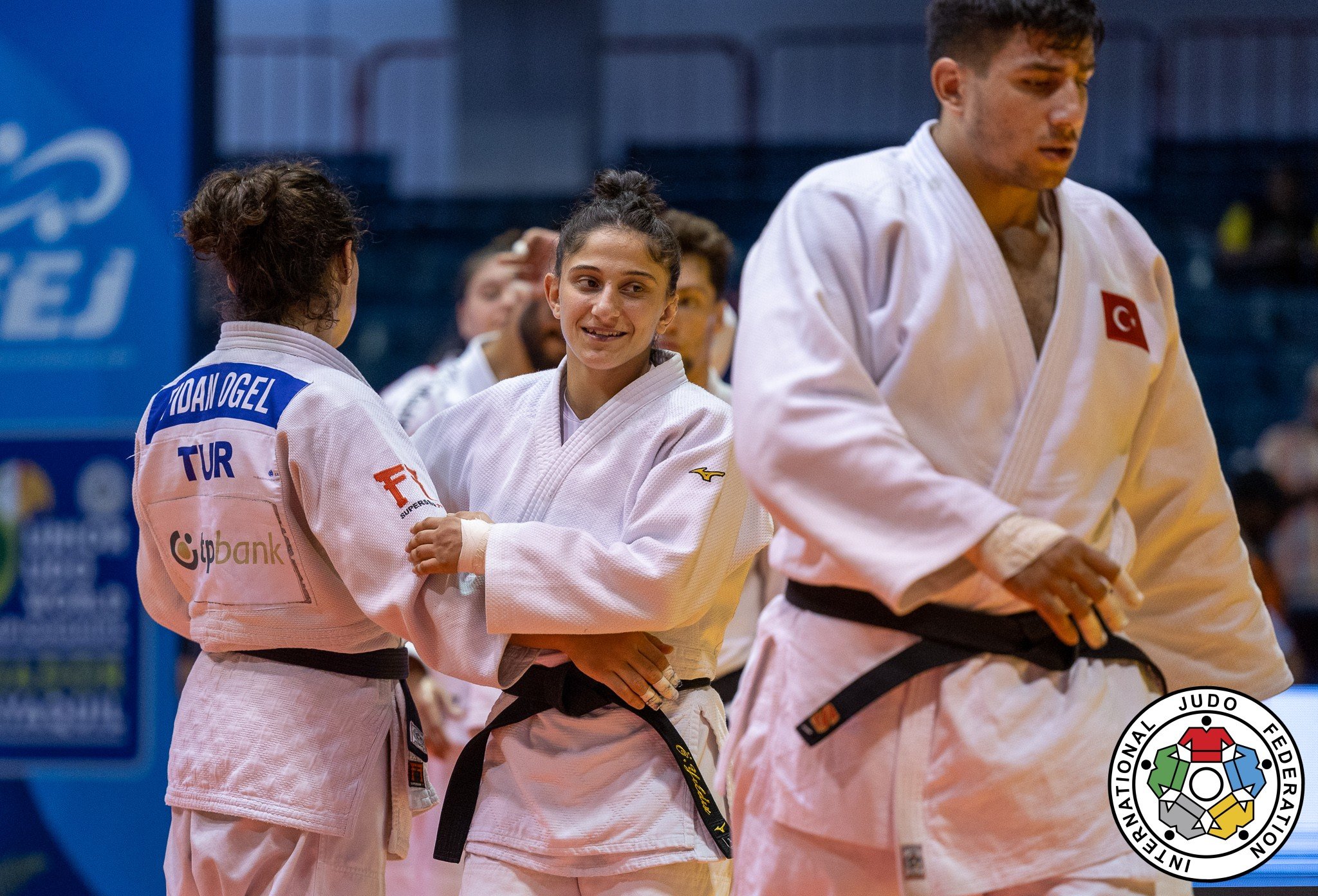 The final day of competition in Guayaquil, Ecuador, saw the Mixed Team event and decided who would take the junior world title.

TANAKA Ryuga (JPN) wasted little time against Muhammed DEMIREL of Türkiye in the first of the contests in the Mixed Team final, a second waza ari scored with seoi nage. Even quicker was KUWAGATA Moka (JPN) in the -70kg round, scoring ippon in 14 seconds. Unfortunately for her opponent Fidan OGEL (TUR), the Japanese was prepared for the ura nage attempt.

It wasn’t looking great for the team of Türkiye as again, it was a quick win for AMANO Kaito against Cam DEMITRAS, securing osaekomi at the one minute mark and taking the third win for Japan in as many minutes. The +70kg contest was a repeat of the +78kg final yesterday between eventual winner ARAI Mao and Hilal OZTURK. In this instance, the bout went in to golden score, and a minute in, a submission was achieved by Arai. This final win meant a landslide win for the team of Japan, taking the Mixed Team title and Türkiye the silver.

The bronze medals went to Germany who were in the same position with a 4-0 win against Brazil, and the second to France, which was not so straight forward. A great head to head was seen against the Georgian team and at 3-3, the +70kg category was drawn but as team Georgia did not have a representative due to injury, the win went to France.